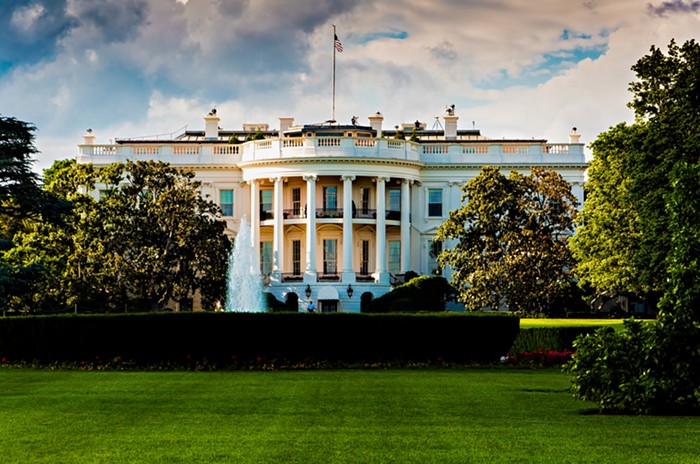 Just yesterday, I was saying that we should be looking at the post-reconstruction South in order to understand what has been happening with Trump voters. But when I wrote those words yesterday morning, I was writing them with more than a little hope that when we got together to discuss this, it would be with a sense of relief of the tragedy we had just narrowly avoided. But we did not avoid that tragedy. We did not even swerve. We stayed on that road that we paved hundreds of years ago and we gunned it.


And here we are. Good morning. Welcome to your White Supremacist Patriarchy.

There will be a lot of hand-wringing and excuse-giving and scapegoating in the upcoming days as we try to grapple with what just happened. But let’s not get it twisted: Trump will be our next president, not because Hillary is unlikeable, not because of third-party voters, not because of an enthusiasm gap in black voters. We have elected violent white supremacist patriarchy into office because the vast majority of white American voters chose to elect violent white supremacist patriarchy into office.

After the Civil War, after the South lost, a lot of effort was made to rebuild a new South. A South that could live in a new post-slavery world. A South where the real power no longer rested with those who owned other human beings. The reliance on the slave economy had already been hurting the south–the world had already begun to move past it–and there were hopes that this reconstruction would resurrect the Southern economy and structure a new modern society.

The ability to own slaves was more than just an economic reality. To many in the South, it was an identity. An identity of superiority and power. It was a birthright to wake up knowing that you were not black, you were not a slave, you were more. You inherited your slaves and your superiority like your father and his father before him. And the South would rather burn itself down before it let that go. And what followed was a period of terror that left black Americans forever scarred and the South forever left behind.

But it wasn’t only the South that relied upon the oppression of others for its identity. The majority of white America has relied upon its identity of powerful, straight, Christian whiteness since this country’s murderous inception. The majority of white males in America have been born expecting to be at the top of that hierarchy. But the rest of the country did not lose the Civil War. The rest of the country was not plunged into immediate identity crisis at the end of the 19th century. And as long as the South was distracting everyone with a sustained and very violent fit, the rest of white America was safe in their quiet positions of power.

So now it’s in the open. Now there is no denying that we live in a White Supremacist Patriarchy that the majority of white people in just about every demographic in America voted for. Now we know that the problem isn’t personal preference, it is not the economy, it is not lack of education. Now we know that there is no middle ground. Now we know that it is our very liberation that is the threat. So we can’t give up. We must fight, we must continue the progress that has made the majority of white America so scared, and we must fight for that progress harder than ever before. Because there is only freedom or oppression; now is a time for each of us to decide which of the two we will define ourselves by.

Comments 41
Tags: 2016 Race
The Stranger depends on your continuing support to provide articles like this one. In return, we pledge our ongoing commitment to truthful, progressive journalism and serving our community. So if you’re able, please consider a small recurring contribution. Thank you—you are appreciated!
CONTRIBUTE NOW