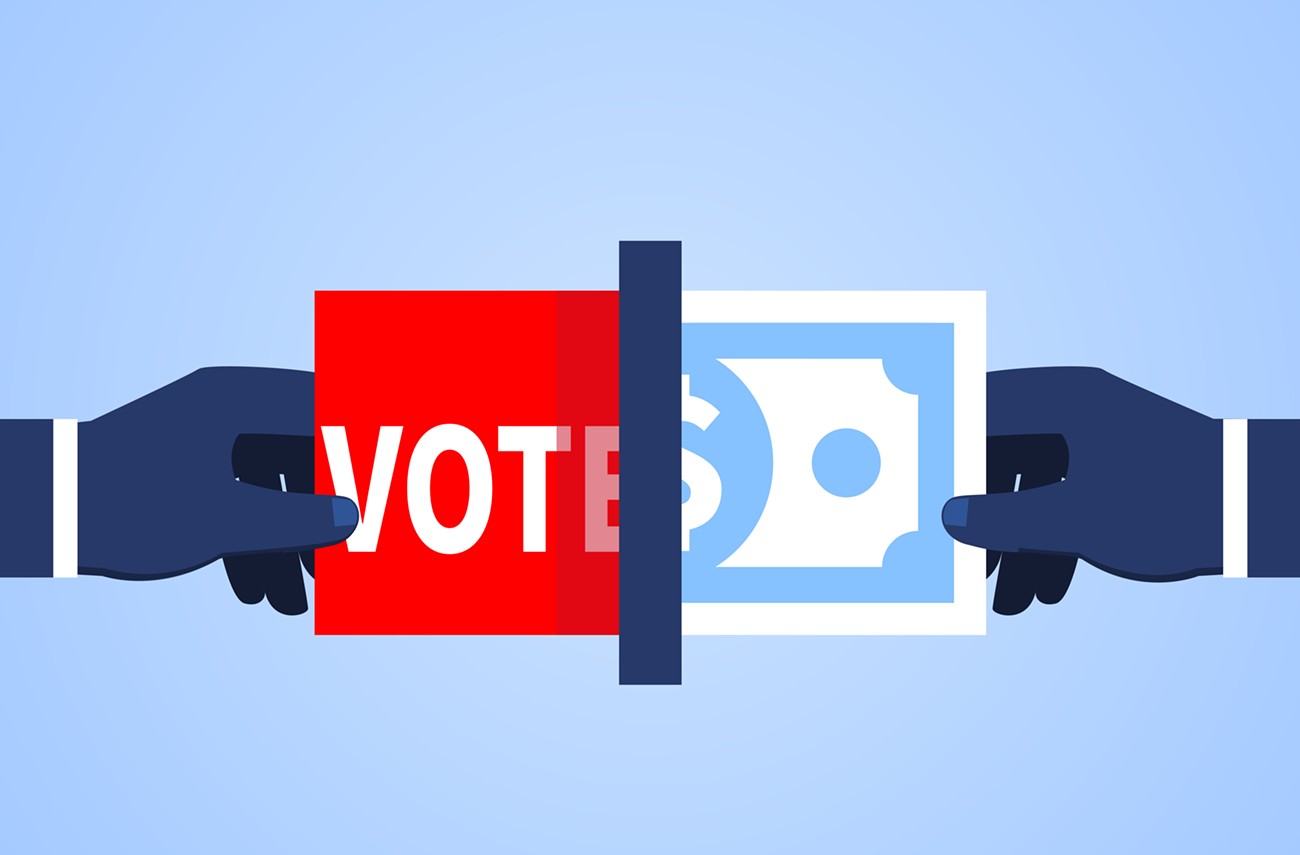 WA Senate Republicans are banking on mountains of campaign cash to hide the lies in their ads. z_wei | Getty

Ballots hit mailboxes across the state this past weekend, which can only mean one thing: bullshit political ads everywhere!

Though the main targets of the biggest independent ad spending so far aren't even facing contested primaries, that hasn’t stopped one shady Republican group from dropping more than $700,000 on misleading ads such as this one. The piece delivers a series of menacing all-caps assertions about Democrats up to mischief in Olympia, and it's worth fact-checking because it previews the general Republican argument against electing Democrats to the state Senate this year.

Democratic Senator Manka Dhingra, the target of the following ad, called the spot a “blatant lie.” (Note: apologies for the poor video quality. For some reason, dark money groups don’t often post studio-quality versions of their ads for fact-checkers to dissect).

A group called “WA Wins” paid for the spot. As the Washington Observer reported last week, “WA Wins” is essentially a front for Washington’s Senate Republicans. They are running the same ads against state Senators John Lovick, June Robinson, Marko Liias, Claire Wilson, and several challengers in the Senate’s swing seats, according to operatives with the Senate Democrats. The message they deliver about all of these candidates, of course, is nonsense. Let us count the ways.

If only our State Legislature was that based. Sadly, Democrats in Olympia did not take the opportunity afforded to them by our Supreme Court’s decision in State v. Blake last year to end the War on Drugs. Instead, they re-criminalized simple possession of drugs as a misdemeanor. Their law doing so also required cops to give people facing simple possession charges two opportunities for treatment-based diversion rather than prosecution, and it encouraged prosecutors to continue preferring diversion programs in lieu of prosecution even after the third strike.

In a phone interview, Senator Dhingra said that the temporary legislative solution effectively codified the way most jurisdictions already handled these kinds of low-level drug charges. She also pointed out that the law provided funding for specifically trained “Navigators” to help people struggling with addiction to find services. Once the task force studying the best path forward issues its findings at the end of the year, Dhingra says, the State Legislature will implement those recommendations in next year’s session.

So, in conclusion: No, Senate Democrats did not vote to legalize hard drugs.

Again, a devastating critique in the ‘burbs – if only it were true. This claim stems from the State Legislature’s refusal to pad the profits of fossil fuel companies with a gas tax holiday, a move climate groups like the Sierra Club opposed when President Biden suggested trying it at the national level.

When I asked Senator Dhingra about Washington’s decision to keep the state’s gas tax in place, her explanation matched the concern from policy experts. In their view, oil companies are already raking in record profits ($35 billion in the first three months of 2022) and would likely pocket the savings of any gas tax holiday without passing them on to consumers. As a result, any gas tax holiday would not end up saving Washington drivers any money.

Voting against corporate greed does not remove money from the pockets of Washingtonians, so, again, the GOP’s critique fails to pass even the mildest amount of scrutiny.

Finally, a criticism that a godless, Seattle-dwelling urbanist can get behind! Unsurprisingly, the least inflammatory claim of the ad is the only one with some basis in reality, though it does lack some context. The only citation WA Wins’ ad provides for this claim is the bill number for the state transportation funding package, which did in fact raise tab fees for some drivers on its way to generating $17 billion in revenue.

The ad neglects to mention that the funding from those fees supports a bunch of stuff that suburban voters tend to love: maintenance for trails they hike and expansions of the highways they insist on spending hours of their lives idling on in ever-worsening traffic. It’s almost like taxes are the price we pay for living in a (somewhat) functioning society! But if you’d rather pick up litter along King County’s trails yourself and drive across roads full of potholes, then by all means vote the way the misleading ad-makers want you to.

The GOP really dug deep into its catalog of bad-faith political rhetoric on this one. Somehow, voting for a bill requested by the Department of Corrections—a notoriously soft-on-crime institution—to expand a successful program for returning citizens became “voting to release violent felons.”

When asked how she could have possibly committed such a travesty, Senator Dhingra pointed out that the DOC presented legislators with data showing that the program saved taxpayers money by reducing recidivism among people who participated.

The bill the misleading ad cited only expanded the DOC program’s eligibility so that more people could benefit, while also providing the resources needed to serve the larger population, according to Senator Dhingra.

Overall, these claims share so little basis in reality that I have hard time disagreeing with Senator Dhingra’s characterization of the ad as a “blatant lie.” Since the targets of these advertising dollars aren't at risk of failing to advance through the primary, we’ll have to wait until November to find out whether the incredibly well-funded misinformation effort succeeds.