A Do-It-Yourself Guide to This Season's Quickest, Least Expensive, and Spooky-Ookiest Halloween Costumes

Give Democrats in your neighborhood the chills with this adorable re-creation of a computerized, touch-screen voting machine! Just like the real ones, our voting machine costume leaves no paper trail and comes with easily hackable—but totally adorable—software!

To make this costume, visit your neighborhood moving and storage facility and purchase a dish barrel. Cut the box down with a utility knife to fit your child—don't forget holes for head and arms—then add a coat of flat black paint. While the paint dries, use PageMaker to print the black-on-white touch-screen display, which can then be affixed to the dried box with spray adhesive. Add tights, an old computer keyboard, and you're set!

Capture the rebel spirit of New York City during the Republican National Convention with this wonderfully simple costume. With a broomstick from the hardware store, a protest sign, and some of your own child's suitably "grungy" clothing, you can transform your child into one of the thousands of demonstrators who greeted the GOP in NYC. To complete the look, wrap your little protestor in the same orange plastic construction fencing that New York City's finest used to corral and arrest demonstrators up and down the island of Manhattan. With one simple prop and a few dollars' worth of netting that can be purchased at any traffic- and road-sign supplier, your little boy or girl can sock it to the Man!

Total cost: Under $7.
Total time: Under an hour. 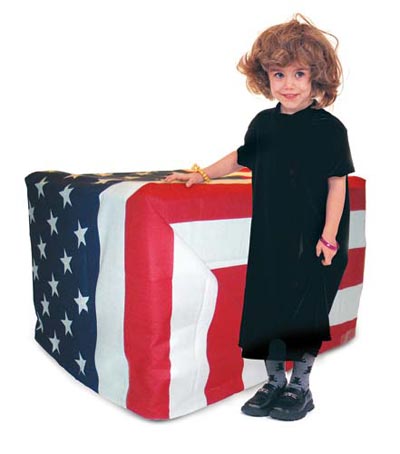 It's never too early to get your daughter into her first little black dress! This elegant approximation of former First Lady Nancy Reagan's moving moment alone with her husband's casket is as touching as it is scary. With just a flag, a casket, a simple black dress, and Grandma's old wig, any little girl can be America's Widow®! 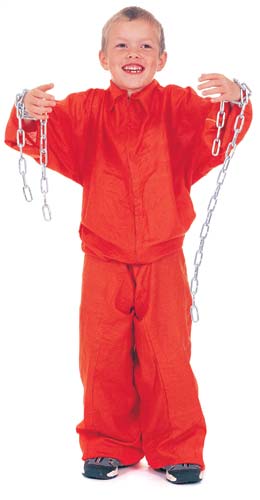 Who will ever forget the terrifying images of the American and British hostages held captive by Iraqi insurgents? In their orange jumpsuits and chains, these hostages drove home the human cost of this war—even before they were cruelly beheaded.

This costume is not only scary but also one of the simplest projects imaginable. Just visit your local uniform-specialty store to purchase an orange jumpsuit. (If orange isn't available, buy white, then color at home with fiber-appropriate dye.) Pick up a length of chain from the hardware store, and then fasten it around the child's wrists with padlocks or picture wire. Trick or treat! 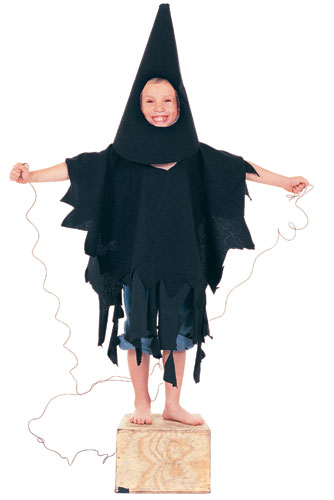 The Littlest Prisoner at Abu Ghraib

Your child will be the hit of the neighborhood costume parade in this recreation of the Abu Ghraib prisoner-abuse scandal's most indelible image. As an added bonus this easy-to-make costume will remind everyone on your child's trick-or-treat route of our national shame! Simply roll a cone from a sheet of 24"x38" black cardstock, making sure to cut out a hole for the face. Drape with two yards of black felt, and add leftover wires from your last lamp-rewiring project. VoilÀ! So easy, so quick, and so terrifying!

Put the fear of God in John Kerry and his Democratic supporters with this easy approximation of Green Party leader/Democratic ticket spoiler Ralph Nader. With just hand-me-down Sunday-best clothes and Grandma's old cocktail wig, you've got yourself a real live Ralph Nader. 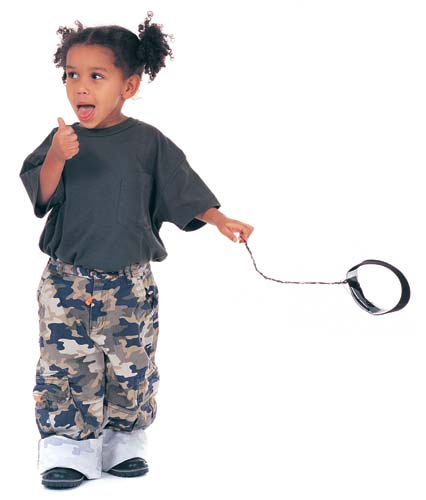 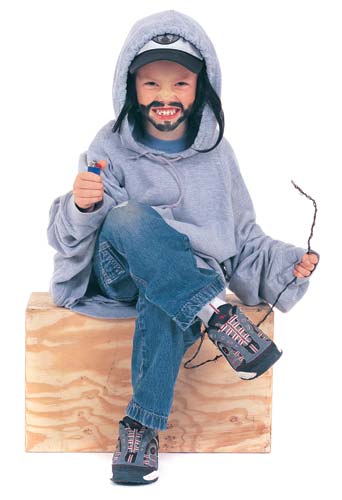 Kick up the fear factor with everyone's least favorite airline passenger, Richard "shoe bomber" Reid! With one of Dad's old pullovers, a pair of beat-up sneakers, and a length of leftover wire, you've got the makings of a truly spooky costume! Add a burnt-cork beard and an electric match from the tobacconist, and your little terror is ready to fly! 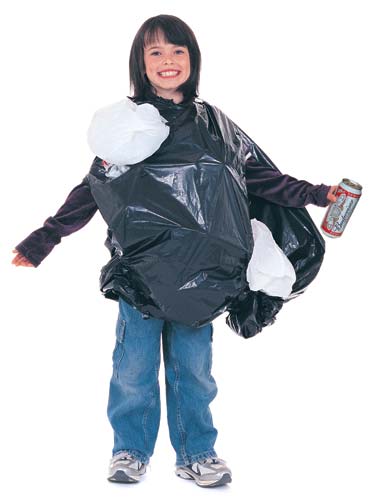 Dive inside President Bush's rowdiest daughter with this ingenious re-creation of Jenna Bush's liver. Use old newspapers to stuff a Hefty bag to create the liver, then affix two or three paper-stuffed white bin liners for "diseased" spots. Rifle through the help's recycling bin for an empty Bud can and bottoms up!

Comments 15
Tags: Features
The Stranger depends on your continuing support to provide articles like this one. In return, we pledge our ongoing commitment to truthful, progressive journalism and serving our community. So if you’re able, please consider a small recurring contribution. Thank you—you are appreciated!
CONTRIBUTE NOW