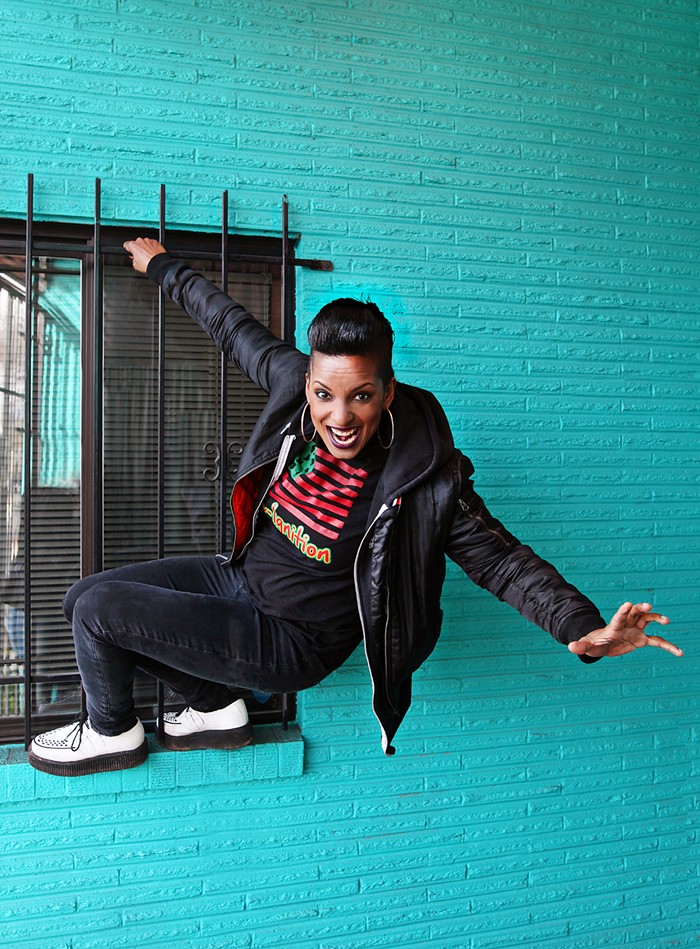 She was also a founding member and original lead singer of long-running all-female AC/DC tribute band Hell's Belles. But she makes her own music, too, playing guitar and writing songs in punk band Hoolinettes.

Freshly returned from an eight-year stint in Germany, Johari is currently studying politics at the University of Washington when not investing Bad Brains songs with the immediacy of her feminine spirit.

"It's a perfect time to play punk rock again in America," Johari says while sitting at a kid-sized drum kit at Seattle Drum School. "There is SO MUCH to protest right now."

Re-Ignition play Sat March 12 at Darrell's Tavern and Sat March 19 at the Funhouse. You can also find Johari curating activism and art and spinning records at her monthly night "Gotta Have Soul!" at Chop Suey.