Civic Technology Advocate for the City of Seattle 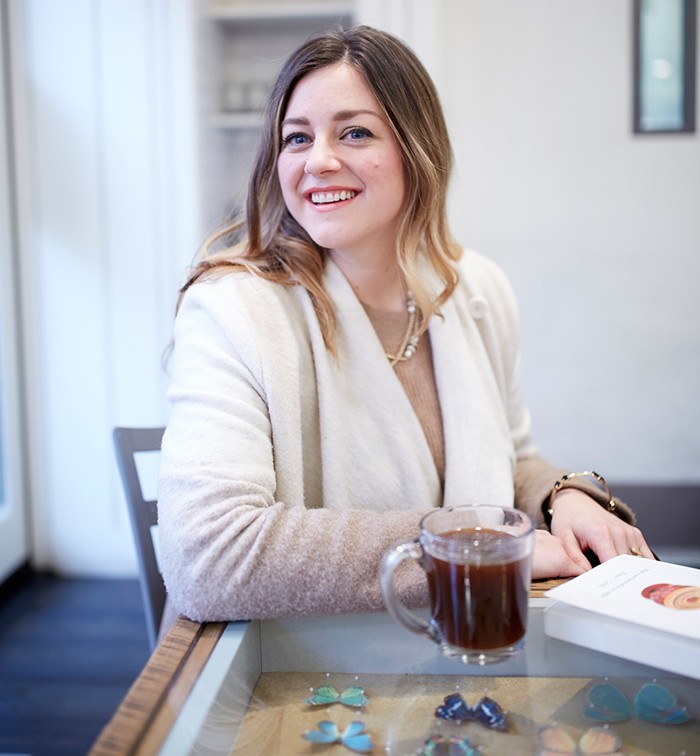 “I love Ada's Technical Books. Whenever I am hungry for stimulation, I can always find at least one book to take home that will make my mind explode with possibilities.” Stanton Stephens

Some of her projects include collaborating with the Ethics and Elections Commission to inform people about the democracy voucher program and using technology to help victims of domestic violence navigate the legal processes of getting out of an abusive situation. She's sort of like a superhero, but instead of a cape, she's armed with data sets that reveal how the city is operating, who it's serving, and who it's not.

You're the city's first civic technology advocate! Um, so what is that?

Civic technology is a term that really emerged only a few years ago to describe a phenomenon—people using open data and technology in innovative, civic, or socially minded ways.

Bringing civic technology into the city is a really interesting position to be in. I'm looking to bring several communities together: bureaucrats and the government, developers, and communities who need services and information delivery to work better. So it's kind of a unique position, but a fascinating thing to be doing—at what I think is an important time.

What does the average citizen need to understand about open data?

The first thing to know is that open data belongs to the public. It's funded by the public, it's information about programs that directly affect their lives, and when it's done well, it can be tremendously powerful in a number of ways. It can help people see what the government is doing, and it brings transparency.

For example, the Seattle Police Department released two major data sets last week—one on the use of force by officers and one on officer-involved shootings. These data sets create meaningful accountability for the police department, and that's huge!

Without that data, we're all just in the realm of our perceptions. I think there's something wonderful about being able to get down to the ground truth and say: "Now we know how many incidents happened over a certain span of time."

You’ve collaborated on hackathons (day- or weeklong events where subject-matter experts and developers work together to solve a particular problem) involving homelessness, public transit, and social justice, among others—what’s your “hot button” Seattle issue right now? One that you think can benefit from this sort of technological initiative?

Protecting the rights of our residents who are immigrants and refugees, whether they are documented or not. There are a lot of people in our community who are suddenly at risk, and a lot of people in the community who want to help. This space is ripe for bringing expertise from people who work in legal advocacy or who work directly with communities together with people who have technology skills, so that we can collectively expand our imaginations around how we might better support our friends and neighbors.

Speaking of hackathons, I’ve always wondered if they actually lead to any legitimate change in the long run…

Yes, I’ve almost completely lost my patience for hackathons that don't have a very clear scope and no plans for follow-up. I think it's really time that we retire the idea that we're going to save the world in a single weekend with a few lines of code! Hackathons are a tremendous first step as learning opportunities, but it's crucial that there be some thinking around long-term impacts, as opposed to just building something and saying “I did a good thing!” and putting it back on the shelf.

You grew up around here, went to UW, and then returned after years of traveling the world. A lot has changed! What do you miss most about "old Seattle"?

When I was a student at UW, I was on campus a lot and didn't leave very often. But when I did, I would walk down to Ballard—just to be in a different-feeling place. And I remember hearing these old men speak to each other in Norwegian. Or going to Mr. Spots Chai House. I really do miss the old Ballard, and I don't think I'm alone in that.

Seattle's tech workers are often viewed as "outsiders" who come in, jack up housing prices, and don't tend to interact with the greater community. What do you think?

I think it's a self-reinforcing narrative. If you look at someone who's new to town and see them as just a privileged tech worker and that's all they'll ever be, you're creating and deepening that divide. I've noticed that a lot of people in Seattle seem to feel almost as if the narrative is one of occupation, where there's a class of people that suddenly come in and are dominating the landscape.

I see so many people who work in tech that are hungry to learn how to engage with the rest of Seattle. I think if we give every person who moved here that same opportunity to grow, and not making it conditional on them to absorb themselves into us, or vice versa, we could be an even greater city than we already are.

Any advice for people about how to stay sane as the nightmare of Trump’s new, terrifying reality unfolds day after day?

I think first of all, it’s good to remind ourselves that if we're feeling that way, it's an indication of how privileged we are, because there are so many people in our community for whom this isn't really a meaningful change.

And the second thing I’ll say is that we have so much more power than we think we do, and our choice to hope or to fall into despair is one of the most powerful choices that we can make. Despair plays right into the hands of those who want to control us or incite violence, and hope is that eager, if not wild, optimism that says: “If you act, good things will happen.”

And the final thing is this: There's a proverb I learned in Afghanistan, which essentially says: “In movement, there is blessing.” I think we're feeling frustrated and like we don't have power. The easiest thing that we can do, the fastest way to tap into your sense of power, is just to take action. You don't have to know what the end result is going to be. But moving one step closer to the direction of love, and hope, and possibility, is all you have to do to begin creating the solution.

Comments 0
Tags: Features Person of Interest
The Stranger depends on your continuing support to provide articles like this one. In return, we pledge our ongoing commitment to truthful, progressive journalism and serving our community. So if you’re able, please consider a small recurring contribution. Thank you—you are appreciated!
CONTRIBUTE NOW