Seattleites' natural fear of confrontation means it's likely no one will bother you here. 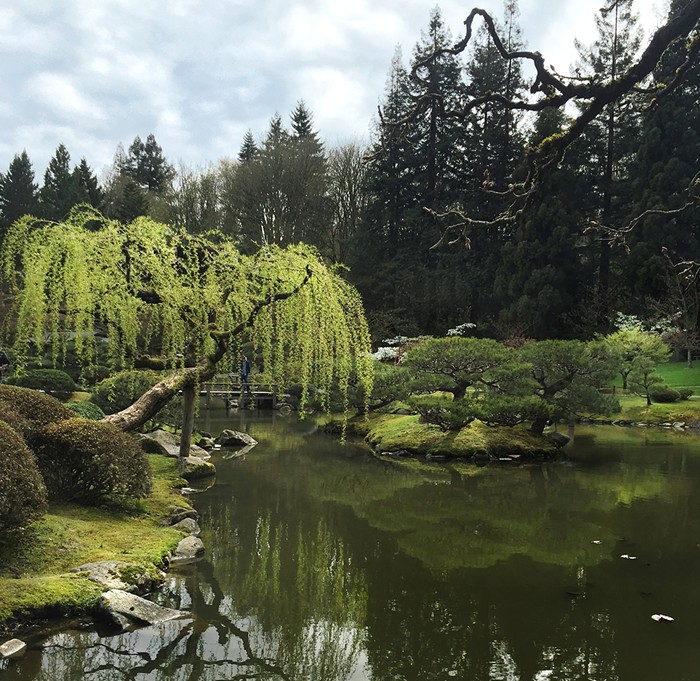 It's winter in Seattle, you've watched every obscure police procedural Netflix has to offer, and now you're even beginning to smell like sadness. You're sick of yourself, and maybe you're sick of everyone else, too. That's okay! Every city offers tiny respites for people who suffer from both self-hatred and social anxiety, and Seattle is no different. Here are the places to go to break you out of your depressive rut without having to worry about making polite conversation.

The Gold Rush Museum is tucked away on a corner in Pioneer Square (319 Second Ave S), and if you aren't looking for it, you'll probably pass it by. That is a major mistake. Everyone in Seattle should visit the Gold Rush Museum, which also happens to be one of the country's tiniest national parks. Many bigger-budget, higher-profile museums do a terrible job of presenting their artifacts, but that's precisely where the Gold Rush Museum shines. When you enter the museum, your first task will be to choose your character, RPG/Oregon Trail–style. You'll then stock up on provisions and choose your route. There's a lot to do in this small space, and the journey pairs particularly well with a pot lozenge.

The Japanese Garden in the Washington Park Arboretum (1075 Lake Washington Blvd E) offers a number of delights for tree nerds of all stripes, but if you don't know anything about trees, don't despair. The koi pond toward the end of the garden is a real treat, and you can purchase koi food from the front desk to feed the colorful fish. The koi travel as a pack and will swim right up to you. Koi eat basically anything humans eat, with a few caveats. The Stranger does not endorse feeding the koi little pieces of mushed granola bar from the bottom of your backpack—but if you do, it will not kill them.

The ferry trip between Seattle and Bremerton (leaving from Colman Dock, 801 Alaskan Way) lasts an hour, which is just enough time to make serious progress on one of the many jigsaw puzzles available on the tables inside. Forget about a destination; the round-trip journey is worth the time. The employees of the Washington State Ferry system clearly have a good sense of humor: On a recent ferry ride, Stranger reporter Heidi Groover discovered a puzzle that depicted the sinking Titanic.

Speaking of puzzles, Magic Mouse Toys in Pioneer Square (603 First Ave S) has an entire room of its 6,000-square-foot store dedicated to puzzles. The establishment, which has been around since 1977 and is near the ferry dock, boasts that it does not "discriminate against adults." It also has a whole section devoted to board games, with a friendly board-game aficionado who will play a couple rounds of a game with you if you ask.

Scarecrow Video (5030 Roosevelt Way NE) is not a mere video-rental place. It could be more accurately labeled a wacky museum that reflects the eclectic tastes of its employees. You could lose an entire day in the store's documentary section alone, which houses a number of reality TV and cable access shows from the early aughts. The last time I visited Scarecrow Video, I discovered documentaries about garlic, Russian-Jewish bathhouses, and Missouri folk art that I never would have found otherwise.

The 40th Floor of the Columbia Center

Some of the best views in the city are in downtown buildings. Take, for example, the Starbucks on the 40th floor of the Columbia Center (701 Fifth Ave). Yes, it's a Starbucks, but the location also has wraparound windows that offer incredible vistas of the city below. In addition to the views from the higher floors in the Seattle Municipal Tower, the view from the Columbia Center is one of local government employees' best-kept secrets.

If you want to feel rich for a couple of hours, grab a book and head to your favorite hotel lobby. The Arctic Club (700 Third Ave) has a full bar and a roaring fireplace, and the first floor of the Panama Hotel (605 S Main St) is actually a full-service tearoom. Seattleites' natural fear of confrontation means it's likely no one will bother you. Enjoy!

(Which All New Residents Are Required to Visit at Least Once—So I Went and Visited Them, Finally)