You're Pronouncing It Wrong: A Guide for Newcomers to Seattle

What "Puyallup," "Leschi," and "geoducks" are, and how to say them. 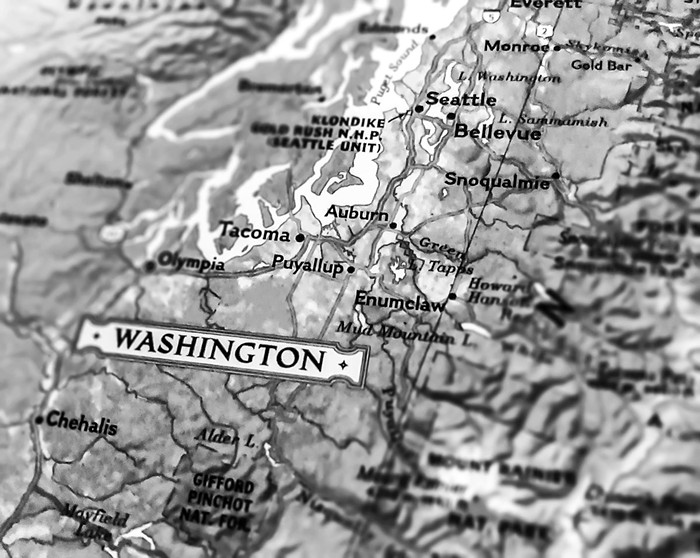 When Mount Rainier explodes, it will destroy Puyallup first. Learn to say it before it’s rubble! Jessica Stein
Tweet

Botch the pronunciation of Leschi or Duwamish, and you'll immediately give away the fact that you only recently moved here. With places like Tukwila, Puyallup, and Sequim, this area can feel like a foreign land for us English speakers.

The reality—of course—is exactly the opposite: English speakers are the foreigners in this part of the world. In a twisted turn of history, the white people who invaded this land and decimated the Native population decided stealing their words for place names would be a good way to honor them.

To truly respect our Native neighbors, we should pay reparations, give Native people ample opportunities to access social and income mobility, and spend more time learning about their complex culture. (A great place to start is with Coll Thrush's Native Seattle: Histories from the Crossing-Over Place.) But learning how not to butcher these Native words is also a good way to pay some marginal respect.

It will also prevent you from sounding like an oaf. Many of these local names are long words that have been phonetically transliterated from one of the local Salish languages into English. The trick to pronouncing words like Snohomish, Skokomish, Skykomish, Mukilteo, Klickitat, Kittitas, and Clallam is to not try too hard. They are pronounced exactly how they look. Some words, however, are a little less obvious:

Salish (SAY-lish): The term academics have given to the linguistically linked Native tribes of the Pacific Northwest. Salish peoples occupy land from Oregon to British Columbia and east to Montana. The Salish Sea is the inland waterway that includes Puget Sound, the Strait of Juan de Fuca, and British Columbia's Strait of Georgia.

Duwamish (doo-WAH-mish): The Native tribe that lived in the Seattle area before they were sequestered and forced out of town. Our city's one major river, which dumps into Elliott Bay from the south through the Port of Seattle, also carries the tribe's name. In a long-running tragedy, the federal government has yet to officially recognize the Duwamish Tribe.

Geoduck (GOOEY-duck): A massive clam that resides on the beaches of Puget Sound and can live more than 150 years, forming a giant penis-like body. It is edible.

Pike Place Market (Pike Place Market): The most important and culturally rich attraction in Seattle. Go to this market to remind yourself of the splendor of Seattle's food and culture. It is named after a street that bisects the market, called Pike Place. It is never called Pike's Place. Every time you mess this up and pronounce it with an extra "s," you have to spend an hour at the Pike Place Market Starbucks talking with tourists about Howard Schultz.

Kshama Sawant (SHA-ma Sa-WANT): A city council member and Seattle's most famous socialist. If you pronounce the "k," she'll seize your means of production.

Leschi (LESH-eye): Leschi, a neighborhood perched on a picturesque hill that runs down to Lake Washington, is one of Seattle's most beautiful neighborhoods. It's by where Kurt Cobain shot himself, and where the writer Mary McCarthy lived as a teenager. Handy reminder: It rhymes with magpie.

Kalaloch (clay-LOCK): A beautiful beach near the hometown of Bella Swan and Edward Cullen.

Pagliacci (PAH-lee-ah-chee): A local fast casual restaurant chain that serves good Italian-style pizza. The "g" in the name is silent.

Sealth (SEE-ah-lsch): Seattle is named after Chief Seattle, or Chief Sealth, a 19th-century Duwamish tribal leader. Pronouncing his name is difficult for English speakers, as it ends in a sound that is unique to the Lushootseed language of the regional tribes.

Uwajimaya (oo-wah-jee-mai-yah): A Japanese-focused grocery store with attached food court near the Chinatown-International District light rail station. Great for soba, fish, vegetables, and sake, but save your kimchi shopping for H Mart.

Sequim (skwim): This picturesque town averages 40 more days of sun than Seattle thanks to a rain shadow cast by the nearby Olympic Mountains. Pronounce it like it has only one syllable, because it only has one.

Tukwila (tuk-WIL-uh): This suburb to our south should not be pronounced like "tequila." It has a "will" in it. It also has a mall. Tukwila means "nut" in Chinook, an old amalgamation of Native languages.

Puyallup (pew-AWL-up): When Mount Rainier explodes, it will probably destroy this suburb of Tacoma before anywhere else. Learn to say it before it's reduced to rubble. Puyallup is where a big state fair is held.

Jeff Bezos (self-ish ass-hat): Some say "Bee-zohs," some say "Bey-zohs." We say, who cares? He has more than $135 billion and one of the richest companies in history, and yet he held Seattle hostage over $12.4 million for the homeless. Yes, it's cool he's suing the National Enquirer. Still! Tax the rich; declare class warfare.