Nudity is strictly prohibited in state parks. Andrew Sambrook wants to change that. 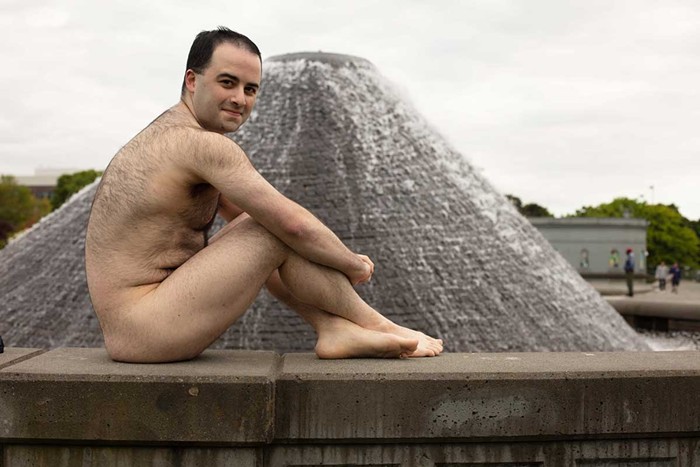 There are 120,000 acres of state parks in Washington, but there isn't a single square foot where a person is allowed to be nude in public. A state law makes public nudity in the state park system illegal.

Andrew Sambrook, a 26-year-old Bothell man, thinks that is ridiculous.

"If you decide, 'I really want to swim naked today,' that's an option for you," he added, describing what he thinks would be a more sensible system.

Sambrook isn't the first person who's wanted to disrobe in our state parks. The state doesn't keep statistics on how often it happens, but Virginia Painter, a spokesperson for the parks system, said it does happen. "Sometimes there are groups that have decided to swim naked in a really busy area. It happens, [but] it's not a big problem," Painter said.

It's easy to find federal land where you can get naked. There's no law banning nudity in national parks or national forests. Neither Olympic National Forest nor Mt. Baker-Snoqualmie National Forest—the two closest to Seattle—have banned public nudity.

But Sambrook doesn't want to hang out nude in a remote national forest. He wants the state park system to start a pilot program that allows nudity in designated areas. To accomplish this, he would need help from the state legislature, but he hasn't found any lawmakers receptive to the idea.

"State parks are everywhere in Washington," Sambrook said. With the state being "a progressive leader in our country, I feel like [legalizing nudism] is the right step for Washington."

When I met Sambrook to discuss his cause, I was completely indifferent to the issue. I am not a nudist and I have no desire to be around public nudity. Yet I left the interview convinced he was on to something.

One thing that helped persuade me was a surprising move Sambrook pulled at the end of our interview. We were sitting at Cal Anderson Park, and he quickly took off his clothes. Suddenly, he was publicly naked.

Nudity is not against the law in the city of Seattle (although "lewd conduct" is).

"I wanted you to see this. It proves my point," Sambrook said, after he put his clothes back on. "I was naked in this park. People saw that. And ask yourself this: What happened? Did anyone seem to care?"

I saw a few people who were walking toward the light-rail station snicker as they caught a glance of Sambrook sitting on a concrete bench without his clothes on. Some of the people who (illegally) let their dogs run around off-leash in Cal Anderson turned from watching their pooches to staring at Sambrook's furry backside. But no one did seem to care.

I can't imagine anyone was harmed. It simply wasn't a big deal. I walked away unable to think of a reason people can be nude in Seattle but not in our state parks.

Oregon doesn't have a statewide ban on nudity in parks, but individual state parks can and do institute bans, according to the Oregonian. Out in deeply conservative Idaho, it's illegal to be nude in any "public place" or anywhere where "there is present another person" including state parks, according to park spokesperson Jennifer Okerlund.

In other words, our ban is similar to the situation in a state where Donald Trump got more than twice the number of votes as Hillary Clinton. What are we... Idaho?