But They Had No Idea What They Were Working On

Recreational facilities and churches were segregated at Hanford. Courtesy of Department of Energy
Tweet

In 1943, the federal government established a project in Hanford, Washington, that provided many working-class Americans with something they desperately needed: jobs. A good number of the people who came to Hanford to do jobs like welding, cutting, digging, hammering, typing, serving, and cooking were black and from the South. They too needed jobs, had American dreams, and wanted a piece of the wartime pie. A current exhibit at the Northwest African American Museum, titled The Atomic Frontier: Black Life in Hanford, WA, is devoted to their stories and includes recruitment posters, oral histories, maps, declassified photographs by the federal government, and more. 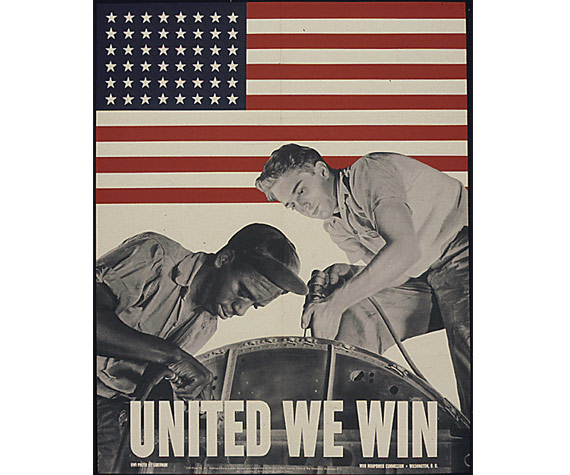 This recruitment poster was designed to draw workers from around the country to Hanford. Courtesy of the National Archives and Records Administration

Though there was no explicit law that stated where blacks who worked at Hanford could live (nearby towns include Kennewick, Richland, and Pasco), those who chose to live on-site lived in segregated residential facilities, and those who lived off-site were allowed to live only in East Pasco, on the far side of the train tracks. It is said that blacks who were seen in Kennewick had to be out by sundown. 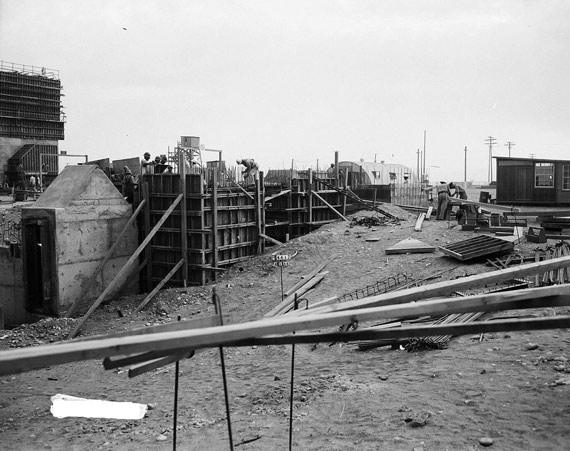 Taken in 1944, this photo depicts the construction of T Plant, the world’s first large-scale plutonium separation facility. The plutonium processed here was used in the bomb dropped on Nagasaki. Courtesy of Department of Energy

This sad state of affairs, however, was better for many black workers than life in the sections of America they came from: the South. In East Pasco and in the segregated barracks on the Hanford site, they had their own churches, community events, sports teams, and dances. But what they shared with many white workers of Richland and Kennewick is a complete ignorance of why they were there in the first place. 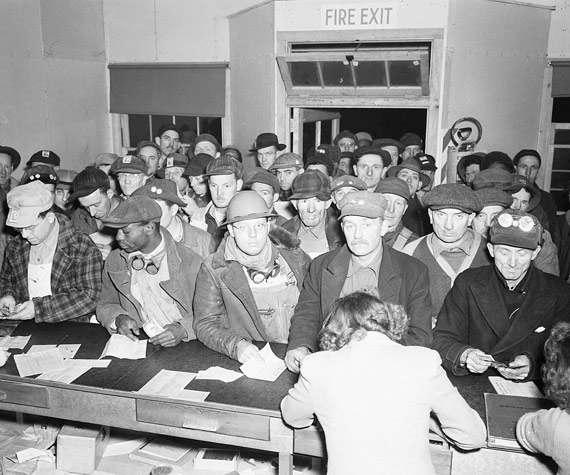 Payday at Hanford in 1944. this is inside a western union, and workers often sent money home to their families. Courtesy of Department of Energy

This mystery was only solved on August 6, 1945, when an atomic bomb was dropped on Hiroshima. One headline from that day, which is on display at the exhibit, announced "It's Atomic Bombs: President Truman Releases Secret of Hanford Product." According to the exhibit's curator, Jackie Peterson, the response to this revelation was mixed. Some were proud of their small contribution; others were horrified by it. After all, between 60,000 and 80,000 humans instantly perished in that great ball of atomic fire.

Many of the blacks who got tired of the racism of Hanford moved to Seattle.