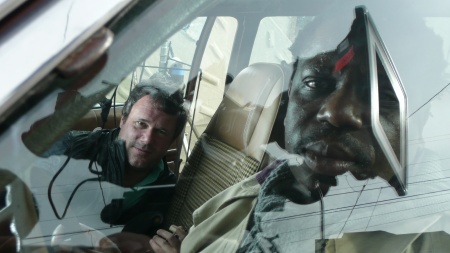 From the Sundance Film Festival: their top ten narrative features and documentaries of the decade.

Our own Charles Mudede (with director Robinson Devor) made both lists: Police Beat is the number four narrative feature:

Robinson Devor's gorgeous reverie pairs the lovelorn interior monologue of a Senegalese Seattle cop with the alternately mundane and surreal happenings of his typical work week. A cop movie unlike any you've ever seen, it casts a sad, dreamy spell that matches its lonely hero's sense of disconnection.

And Zoo is number six on the documentaries list:

Another reflection on an unhappy encounter between man and beast: Credit Robinson Devor and his collaborators, co-writer Charles Mudede and cinematographer Sean Kirby, with one of the decade's most original fiction indies (POLICE BEAT) as well as one of its most original docs: this odd hybrid of interviews and re-enactments, which tells the improbably haunting story of a Seattle man who died after having sex with a horse. Much less salacious than it sounds, the film treats its subject with the utmost compassion, freeing him from his posthumous fate as a tabloid punch line.

Comments 21
Tags: Film/TV Blogs Conflict of Interest
The Stranger depends on your continuing support to provide articles like this one. In return, we pledge our ongoing commitment to truthful, progressive journalism and serving our community. So if you’re able, please consider a small recurring contribution. Thank you—you are appreciated!
CONTRIBUTE NOW