Exit Harvard Exit: Photos from the Last Night of a Seattle Institution

The Harvard Exit closed its doors forever as a movie theater last night, with six screenings of these two films. People didn't seem to care too much about either movie, and were mainly there to say good-bye.

Get out your handkerchiefs; images and elegies after the jump.

This guy played piano for hours in the lobby.... 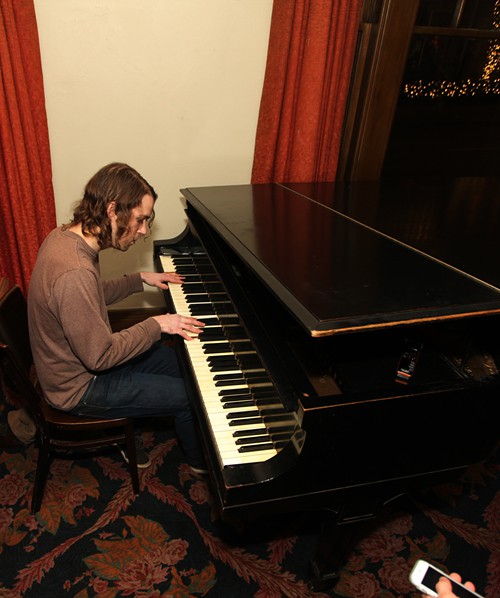 This lady, Kristen, sat in the lobby and did puzzles. "My first time ever at the Harvard Exit Theatre, I was 5 years old. My parents would bring me and my sister here. They'd go into the movie and leave us in the lobby, doing puzzles until the film was over! So tonight, I brought this puzzle." 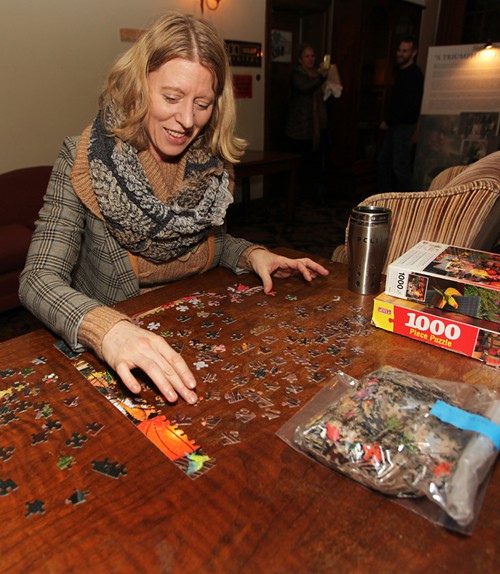 Rosalinda: "I moved to Seattle in 1959. I've been coming here since the '70s. I think my favorite film that I ever saw here was Rebecca. This place is so warm and comfortable, there's no other theater like it. All the people... it was always like family here. This is my sister Gloria. Anyway, it hurts me that it's closing. I love this place and I will really really miss it. " 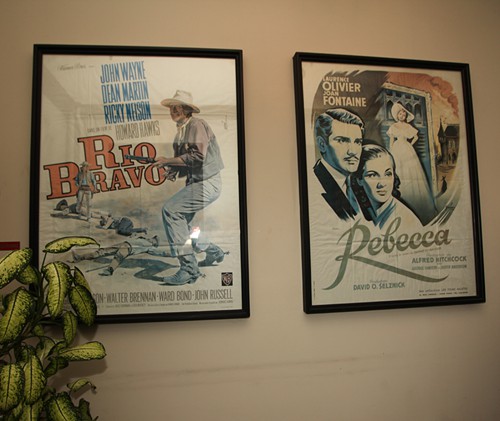 David and Alithea: "We lived down the street and came here almost every week. We've probably seen 50 or 60 films here? Great films you don't get to see in your average movie theater." David: "I used to come here with my brothers. There's a lot of family memories here. Also, believe it or not, I saw RoboCop here in 1987." 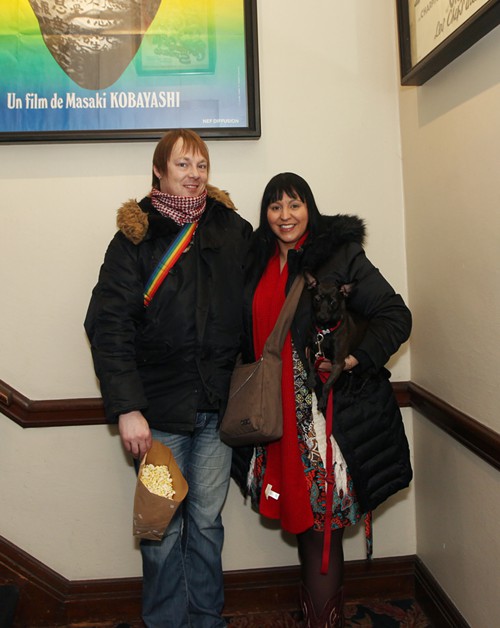 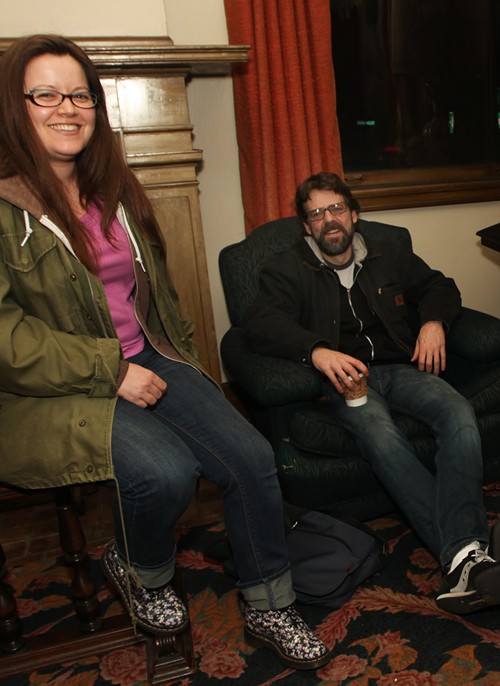 Destiny and Jackie: "We came here on our very first date! Can't even remember what the film was. But it was foreign, and had a lot of meaning." 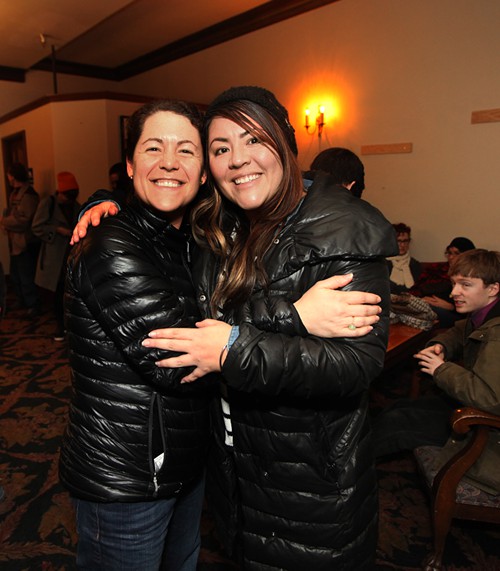 George (head of the Seattle Cinema Club): "I don't remember my first film here. It was so long ago. I remember coming here on my first ghost tour, though." Kris: "I moved here in 1978. I lived at 12th and Pine, so I could walk over here to see movies. I really, really love this room, this lobby. It always felt like you were coming home. Or in the living room of a really good friend." 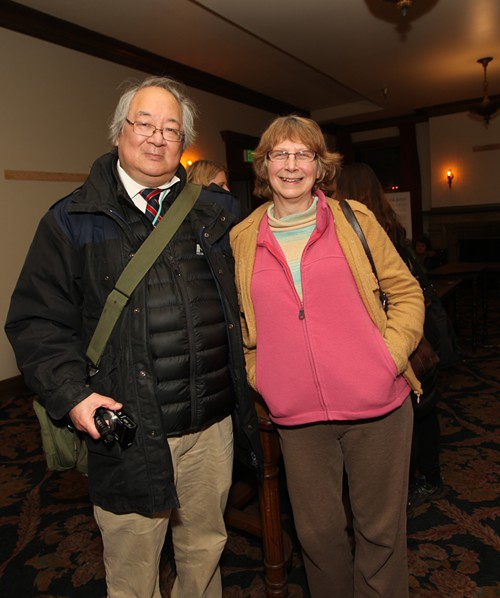 Emma: "I worked here for more than 10 years. This WAS my living room. And, really, my movie church. I've seen so many films here, and met so many directors... All the years of SIFF were incredible. Also, women used to come down from the third floor bathrooms to tell me the stall doors were locked. I think if there was a ghost, it's up on the third floor. I was always unlocking those women's-room bathroom doors. They'd get locked when no one was even here. This building is a magical place. It's hard to tell you this... I might start crying!" 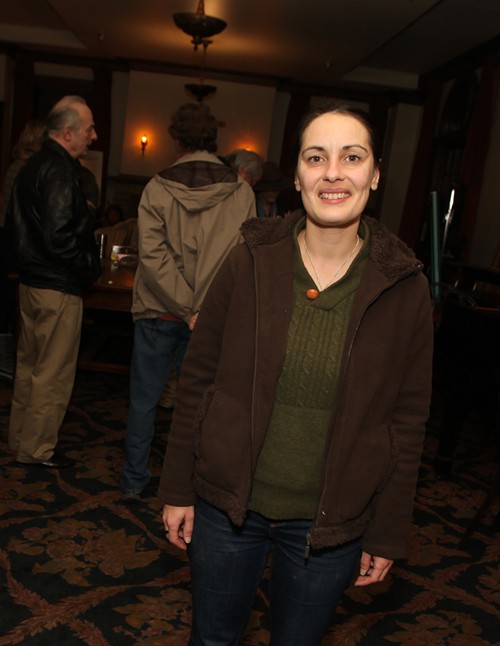 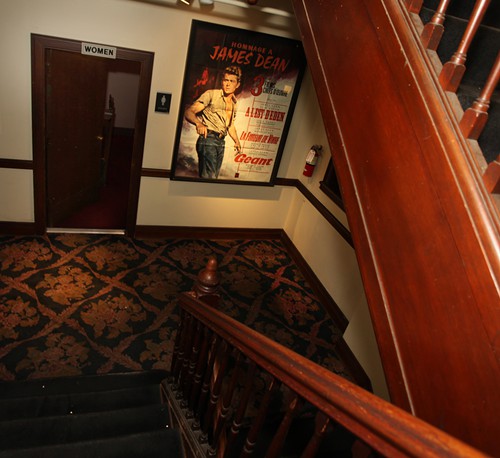 David Gordon: "My favorite thing about working at the Harvard Exit was the people. Every person was a weirdo in the best of the best ways imaginable. None of us seemed to really care about the money. We cared about human expression, both on-screen and in real life, and we cared about each other. It was an amazing place to work, and I'll miss them, they were the best part."

Jared: "This was the best job I ever had... Dream job. I guess I'll probably go to back to school now. One door closes, and another one opens." 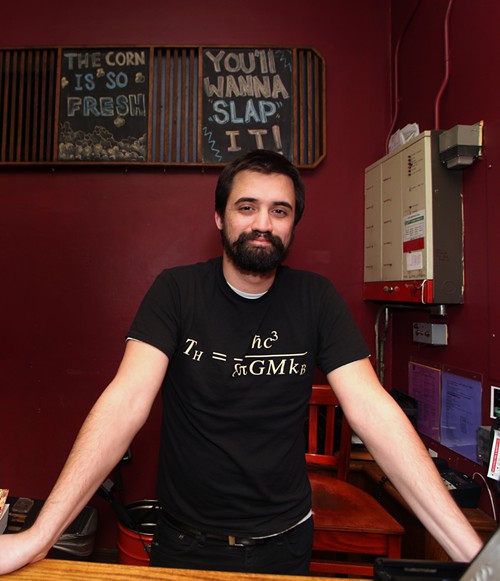 "D" (who didn't want to be photographed): "I used to work here and prank my friend, who was the janitor. I'd hide, make noises, and pretend I was the ghost. There was a girl who worked here in the '80s. She was so afraid of the third floor. She did the concession stand up there one night, and one night only. Then she refused to ever go up there again. She said even if she got fired, she'd never ever go up there again. I've felt weird things in the third floor theater. The old ballroom. I think somebody broke somebody's heart up there." 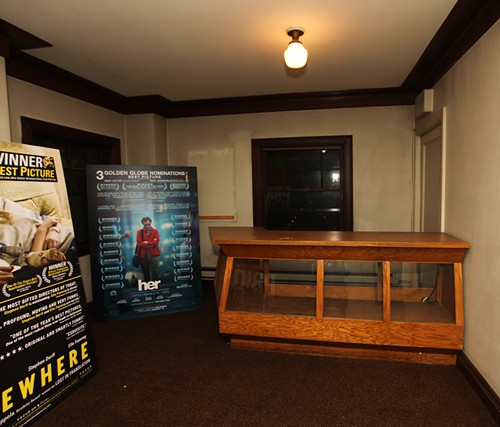 RIP, Harvard Exit. And this last piece of popcorn on the stairs. 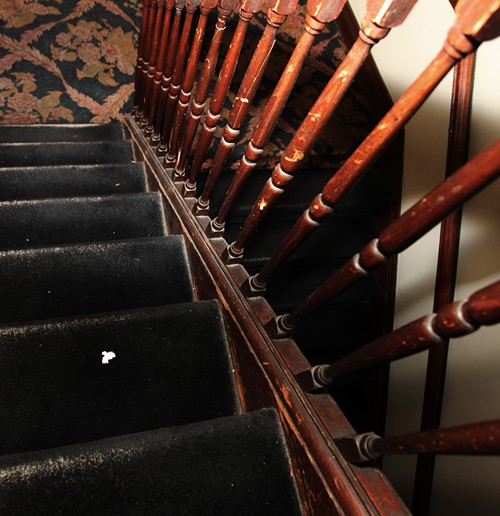 Comments 7
Tags: Film/TV Blogs
The Stranger depends on your continuing support to provide articles like this one. In return, we pledge our ongoing commitment to truthful, progressive journalism and serving our community. So if you’re able, please consider a small recurring contribution. Thank you—you are appreciated!
CONTRIBUTE NOW