Lynn Shelton's New Project Is Set in Seattle. She Can't Shoot It Here.

How Olympia Is Killing the Local Film Industry 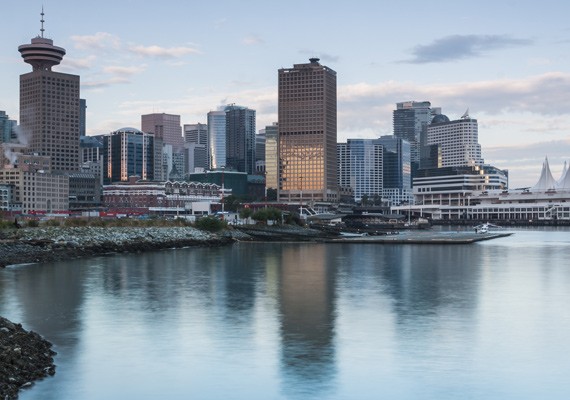 Ladies and gentlemen, the role of Seattle in this evening's performance will be played by Vancouver, BC. Thinkstock

It's Sunday and I'm sitting with the area's most prominent film director, Lynn Shelton, on the patio at the back of Saint John's Bar & Eatery. She has just returned from LA, where she and another prominent local director, Megan Griffiths, pitched a TV series idea to a major network. To her and Griffiths's surprise, the idea was green-lit almost immediately. Shelton wants to shoot the series, which boasts a several-million-dollar budget, in Seattle, as the story was developed with this city in mind. But there is a big problem. The state's current incentive program for filmmaking is an extremely small $3.5 million. If last year is any indication, it will be used up long before the middle of the year. Indeed, several local filmmakers believe that Seattle's glaring no-show at this year's Sundance Film Festival (the first such absence in a decade) was due precisely to the quick exhaustion of this initiative in 2014 by just two projects, Matt Ross's feature Captain Fantastic (now in postproduction) and the Syfy channel Walking Dead clone Z Nation.

"[The network] has been very clear about this," explains Shelton. "If the incentive is not there, we have to shoot elsewhere." She explains to me that she really wants to film in this city because "Seattle is so cooked into the show." But the producers would "never set up shop here without such an incentive." Washington's incentive program was launched in February of 2007, funded by the state's business and occupation tax. The program reimburses qualifying productions (with budgets of $500,000 or more) up to 30 percent of their production expenditures.

In fact, Amy Lillard, executive director of Washington Filmworks, the nonprofit that manages the incentive program, echoed comments I've heard from nearly every working filmmaker I know when she told me recently that the proposed expansion of the incentive (from $3.5 million to $10 million) is still too small. It's only March, and according to Lillard, Washington Filmworks has already received requests for the incentive pot in excess of $10 million. For context, Shelton points out that $10 million would put Washington on par with Oregon—not exactly a production hotbed, Portlandia notwithstanding. New Mexico's cap is $50 million. Vancouver, BC, which is frequently cast in the role of Seattle, is nicknamed Hollywood North because it has no limits at all.

This is grim news for the whole of Washington's film industry after several years of artistic and economic growth, prosperity, and optimism. But it gets worse. The legislation that would provide for the too-small expansion, Senate Bill 6027, is currently snaking through Olympia's long digestive tract—Mayor Ed Murray showed his full support for the insufficient proposal on March 17, which he ironically declared "Film Day"—on its way to a vote in May. Even if the bill does succeed, however, the initiative's cap wouldn't rise to $10 million until 2019.

And that's it. Nothing else is on the table. Not even a Seattle-based incentive program, like the one the city of Shoreline (Shoreline!) established in 2013. The impression I got from a meeting with both Lillard and Kate Becker, the director of Seattle's Office of Film + Music, is that the current administration doesn't want to rock the boat in Olympia. Rather than argue for a more comprehensive strategy, one that recognizes the massive efforts and advances of the past several years, Murray and his crew have thrown their support behind a blatantly inadequate bill.

One can only be deeply pessimistic about this current state of affairs. No one in government seems to be taking this matter very seriously. Yes, the mayor can proclaim that the film industry contributes $400 million to the local economy and employs 5,000 people, but this only takes for granted the monumental effort the film community has already made. Such proclamations mean little because both the incentive we have and the one we hope to get are jokes.

In 2007, when the incentive began, the little money it offered provided meaningful encouragement to young filmmakers eager to prove themselves on super-low-budget projects. Then they did. Directors like Shelton and Griffiths made names for themselves and moved beyond the constraints of subsistence-level filmmaking. Now it's time for Washington to do the same. Yet it refuses to do so, despite the economic benefits that would accrue to everyone involved. Filmmaking is often described as an act of optimism in the face of insurmountable odds. Given the current reality, however, one is tempted to begin thinking of the last decade of Seattle cinema as a piece of the city's history, like the great fire of 1889 or that time we had a basketball team. I really want to be hopeful, but it's hard to see even a little light at the end of this funding tunnel—especially when no legislators appear to be interested in looking.