Gods of Egypt: I’m Not Even Mad 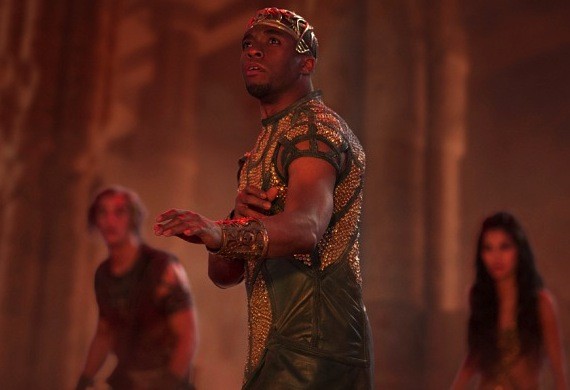 Black man trying to end his association with this whitewashed monstrosity.

It’s been established that I’m not a fan of films that seek to build a fantastical history completely devoid of people of color. When I first heard about the 99.9 percent white casting for the big-budget mega-film Gods of Egypt, I, like many other people of color, had many questions:

What year is it again?

But after watching the finished product, I can now breathe a sigh of relief.

I never thought I’d be saying this, but the whitewashing of this film is the LEAST offensive thing about Gods of Egypt.

Yes, you replaced the gods of one of the most ancient and influential cultures in African (and, by extension, human) history with spray-tanned white people, but did you have to give them all British accents?

Yes, you spent $140 million to perpetuate the myth that everything great in history has been created by white people and only white people—but did your special effects have to be so damn cheesy?

Yes, these are roles based in African history that could have gone to actual African people, but couldn’t you have at least hired one black woman to pick out halfway decent wigs for the characters?

Let this be a lesson to the film industry: When you steal black culture, remove its history, exploit its beauty, silence its people, and rewrite its narrative—this is what you get. You get a bloated, cheesy, lifeless, boring waste of two hours and $140 million.