Scotty and the Secret History of Hollywood will make you rethink gay history. 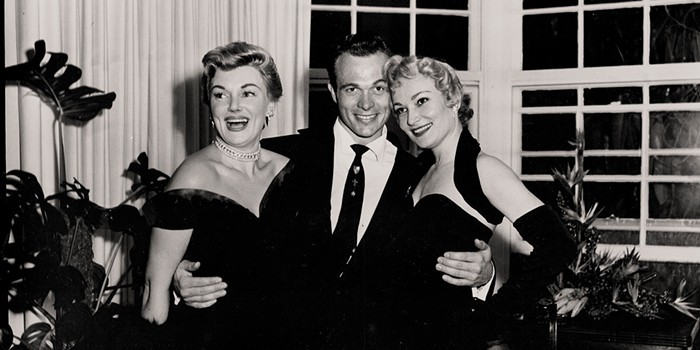 Scotty Bowers kept his mouth shut for nearly half a century, but now that he's past 90 and most of the people he blew are dead, Scotty wants you to know that he made people happy. A lot.

Scotty and the Secret History of Hollywood, Matt Tyrnauer's new documentary, retells the Hollywood gossip Bowers revealed in his popular memoir from 2012, Full Service. In case you missed it: The Golden Age of Hollywood was really fucking gay.

After surviving some of the toughest battles of WWII, Bowers landed in Los Angeles. While he was pumping gas (not a euphemism), Scotty claims the actor Walter Pidgeon offered him $20 to pump his gas (a euphemism). A smart businessman, Scotty turned the gas station into a spot that served and serviced a large swath of gay Hollywood elites.

Scotty's gas station became a stomping ground for gay actors and actresses who had to bury their queerness because of Hollywood's Motion Picture Production Code. The code, which led to morals clauses in actors' contracts, established strict moral guidelines for most United States motion pictures released between 1930 and the late 1960s. It required actors to be seen, at least publicly, as the epitome of American wholesomeness. These contract changes effectively squashed the sexual experimentation that had defined early Hollywood.

So when many Hollywood stars wanted to get in on some same-sex action, they hit up Scotty and his "hustlers."

The wildest part of Scotty and the Secret History of Hollywood is that Scotty's stories check out. Hustlers, tricks, celebrities, and biographers vehemently confirm Scotty's tales. "It's all true," one former hustler says in the doc, pulling up notes he kept with phone numbers of old famous tricks.

Later in the film, a group of culture vultures from Taschen Books invites Scotty over for a dinner party, pelting him with questions ("Did you pose for Bob Mizer?"), and Scotty manages the interrogation with astonishing clarity for a nonagenarian. He knows all of this junk, because it appears he really was there, handling the junk of celebrities we thought we knew.

"If it wasn't for this guy, I would have sank," another retired hustler confesses in the documentary while hugging Scotty. The affection is so sweet. It's clear that Scotty facilitated a world of acceptance and dignity during a time of secrecy and criminalization, and decades before the modern gay-rights movement.

Is all this posthumous outing a sin? Is it shameful to dig up dirt and publicize it decades after someone's death? Scotty doesn't think so. "It's not a secret, really," he says in the film. "It may be a secret to some square who lives in Illinois—but in Hollywood, they knew these people." And, he continues, "what's wrong with being gay?"

Scotty and the Secret History of Hollywood

Scotty and the Secret History of Hollywood

Stranger Suggests: The Best Things to Do This Week