What Kind of Woman Is "The Guy" Into?

Surprisingly, he's not into stoners. 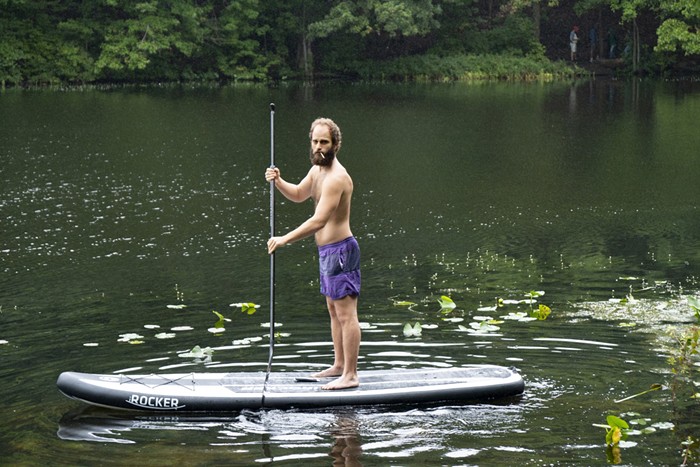 Our beloved nameless weed dealer David Russell/HBO
When I first discovered High Maintenance, it felt like a revelation. I caught it in 2014, back in its webisode days on Vimeo—when the tales involving and surrounding the nameless pot dealer in Brooklyn (referred to as "The Guy") were confined to under 20 minutes. Now High Maintenance has grown over at HBO as a full half-hour show where it's currently airing its third season. It was one of the first comedy/drama programs that I saw on television that depicted normal neurotic people of all backgrounds smoking weed and didn't shame or judge them for it.

Though The Guy's profession more or less connects all these characters to each other, luxuriating in the positives of pot use isn't the main focus of the show. Vignette after vignette deals with the loneliness and depression of these characters who live in a New York City that experiences perpetual summer. In an interview with Rolling Stone, Ben Sinclair—who plays The Guy and created the show with his ex-wife Katja Blichfeld—told them that, in a way, "the show is about the depression that hums in the background of your life, and how people treat it with weed."

But what of The Guy himself? If his clients are using weed to deal with the depression and loneliness that comes with big city living, how is our nameless vendor doing? Our woolly manic pixie weed man?

Even though this season is proving to open our quasi-protagonist's life up a bit more, we know precious little about The Guy. We learn he's a Scorpio in "Museebat." That he went to Vassar (where he also dealt weed) in "Googie." That he hates snakes in "Fagin." But, as with most men, you can learn a lot about The Guy by The Gals he keeps close. 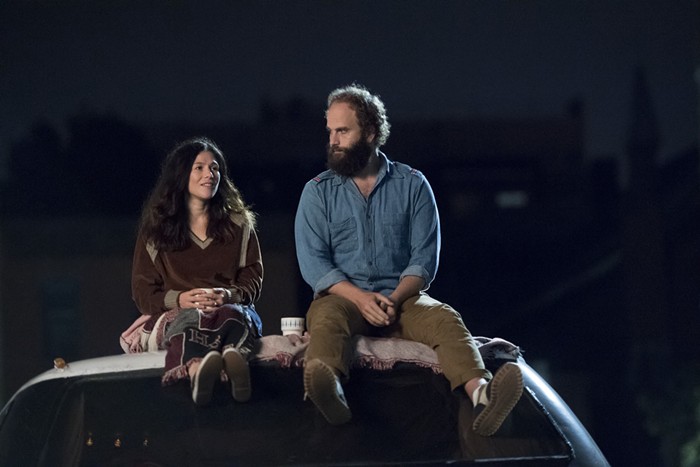 Beth and The Guy on top of the RV she gifts him David Russell/HBO
We are introduced to Beth (played by Yael Stone of Orange Is the New Black fame) in the web series episode "Esme." Beth is cool—Australian, a cigarette smoker, has dirty feet that she’s not afraid to put on the table and ready to pop off at a moment's notice. In the first season's "Grandpa," we learn she's a hugely empathetic dogwalker and later, in the second season premiere "Globo," a readily rambunctious bartender. And though The Guy seems enamored of her spirit and candor, she ends up ghosting him—partly in an effort to get and enjoy her sobriety. In the season finale, their relationship culminates in her gifting him an RV as she heads back to her homeland.
Jules 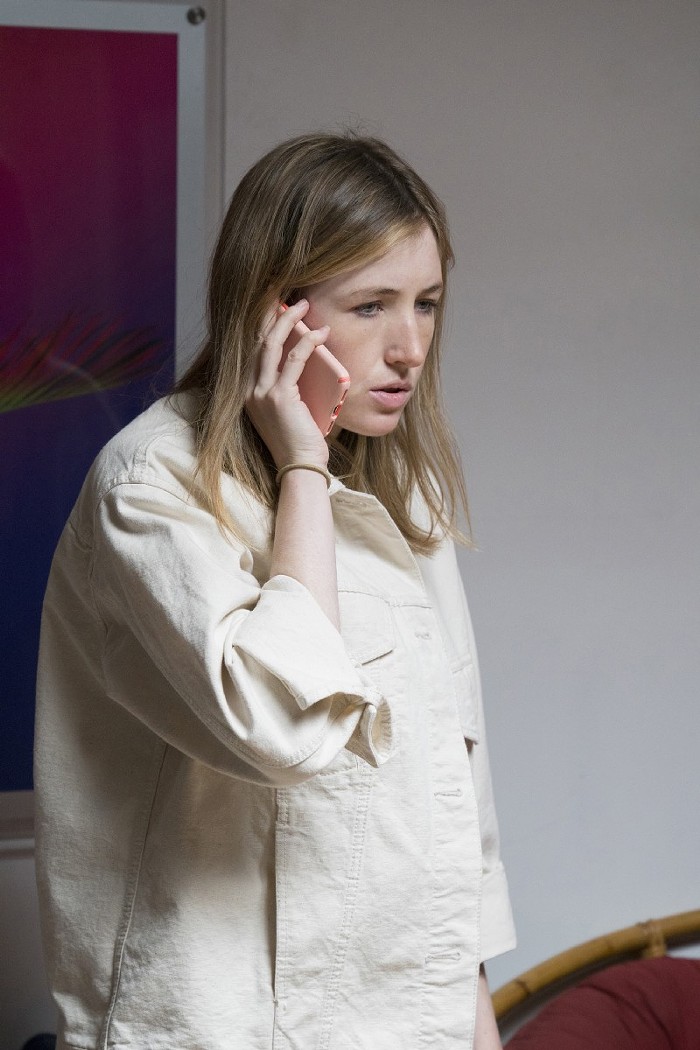 Jules and The Guy used to be married David Russell/HBO
In the second season, we meet Jules (Kate Lyn Sheil) who turns out to be his ex-wife—the reason why he has a wedding ring, even though he tells everyone he wears it to make him seem like someone out there trusts him. We come to learn that she's a photographer who left him for a woman. He lives just down the hallway from her apartment. She's a little quiet. She also has a weird relationship with weed, where, like Beth, it seems she's trying to reduce the role it plays in her life. Despite their divorce they still remain friends—she came and visited him in the hospital when he broke his arm. And he gets on well with her current partner. Many view the relationship between these two characters as a reflection of the real life relationship between the co-creators of the show.
Lee 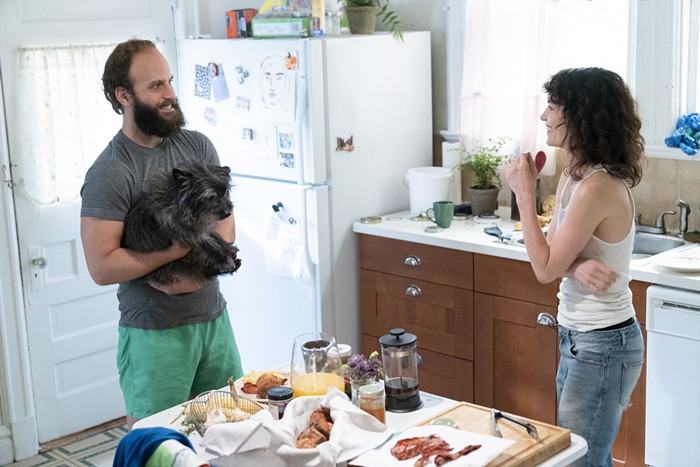 Has our manic pixie weed man met his match? David Russell/HBO
This current season brings us the latest weed man paramour, Lee (Britt Lower). She's also recovering from her own slew of personal problems—she left her director husband after he got accused of sexual assault at work, seeking refuge in woody Upstate New York. Lee's got bangs. And a cute dog. A somber, wounded demeanor. She pays for gas for stressed-out moms and is a color consultant who associates the word "loneliness" with "indigo." She also doesn't really smoke weed. This is still a new and exciting relationship for The Guy, even though there seems to be a distance between the two characters. 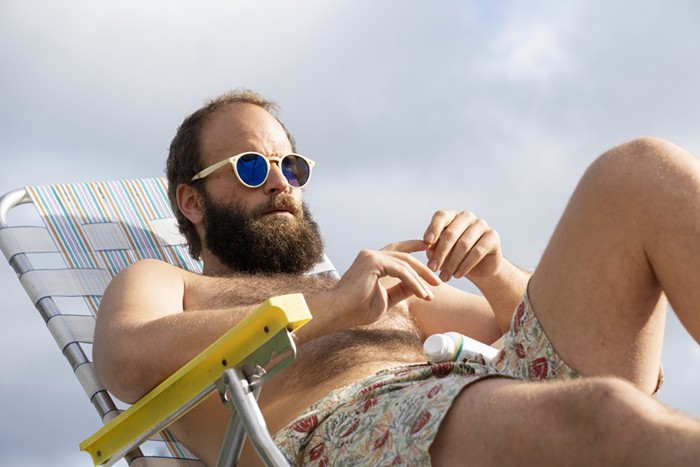 Our favorite pot dealer on top of his RV David Russell/HBO
The thread that connects these women together is their complicated or non-existent relationship with weed. By the end of the first season, Beth is trying to live soberly—which is hard when you're dating a pot dealer. There's an implication that, although Jules also smokes or has smoked, it's an annoying habit for her current partner and the immaturity associated with dealing weed was something that led to her marriage disintegrating with The Guy (also the fact that she came out as queer). Lee straight up does not smoke at all.

Maybe there's a small voice in The Guy that's asking him to reevaluate his own relationship with weed—his whole entire life is entangled with cannabis consumption (both physically and economically). And, in certain ways, it's isolated him from engaging in relationships in ways that last. Or maybe he has a lot of weird emotional projection issues that make it hard for him to make a real connection. MY POINT IS what makes High Maintenance so clever and watchable is that it's subtly asking us to also look at our own relationship with weed and how it affects our relationships with others, our loneliness, and ourselves. Not condemning! The Guy can be viewed as a stand-in for the audience—and we gotta make sure he's doing OK.