See It for Yourself This Weekend at The Egyptian 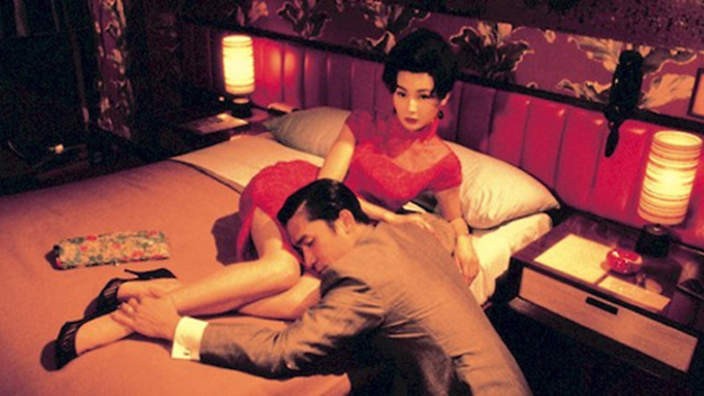 Which universe is this one? Koch Media

On July 19, 1982, the physicist and Cold War technocrat Hugh Everett died of a heart attack. He was 51. His family cremated him and, as he wished, tossed the ashes into a trash can. A paper Everett completed in 1957 eventually lead a number of top physicists in the 1970s to a theory they now call the many-worlds interpretation.

If you want to read a clear and compressed explanation of the type of problem this idea attempted to solve, then read Adam Becker's superb What Is Real. But the basic idea is this: Everett replaced a wave collapse from a cloud of probability with a reality that instead splits from one into two universes, and because this is going on all of the time, there are more universes than you can imagine.

The hit film Everything Everywhere All at Once extends Everett's theory from the quantum realm to the realm of very large things and beings, such as we humans. But the splitting agent in this imagined macro situation is a decision. (By the way, the root meaning of the word "decide" is to cut something.) When you make a decision, you cut the universe into two. One part contains the decision you made, and the other contains the one you did not make. And so in Everything Everywhere All at Once, we enter the universes, the many branches of the central character, Evelyn Wang (Michelle Yeoh), a late-middle-age Asian-American owner of a laundromat. One of her universes happens to be Maggie Cheung's role in Wong Kar-Wai's third masterpiece, In the Mood for Love.

In one of Evelyn Wang's universes, she's not a working class Chinese-American in serious trouble with the IRS but rather a movie star whose glamorous world has all the urban magic, bold colors, and gorgeous wind-blown clothes of In the Mood for Love.

Yeoh plays the actor who plays Su Li-shen, a cosmopolitan secretary who, during a period of time spent in a Hong Kong hotel, develops feelings for Chow Mo-wan, a journalist played by a Tony Leung. And so, in a sense, Wang, the key character in Everything, is Cheung.

Yes, this, like much of the whole movie, which is only a touch too long, is dizzying. But if you have seen Everything and want to make sense of one its many worlds, then you can watch In The Mood for Love at SIFF this weekend. The film was made in 2000, and it is a part of a SIFF retrospective called "The World of Wong Kar-Wai" that should not be missed. The film will break your heart.

In the spirit of time-space travel, I wrote this review of In the Mood for Love in 2001:

"At the end of Wong Kar-Wai's Fallen Angels, we find two lovers on a motorbike, racing through an underground a tunnel. Suddenly everything hits slow motion and we sense that something is up ahead. What is it? Are they about to break out into the open country? No, the lovers break out into a financial district with a crop of corporate headquarters rising hazily up into the morning twilight. What is significant about this scene is that the city vs. country binary order and its related formations (evil/good, closed/open, dirty/clean) are rejected. As a consequence, Hong Kong (unlike the New York of Taxi Driver) is never questioned, doubted, or viewed as a problem that must be corrected. Like Fallen Angels, Wong Kar-Wai's new film, In The Mood For Love, which is set in Hong Kong in 1962, takes place in closed spaces, narrow streets, steamy basement restaurants, shared apartments, and low-ceilinged offices. Yet not once during the sensuous course of the film do we feel claustrophobic or the terror of continued proximity with strangers or neighbors. That's because the small spaces are never contradicted. They are not haunted or challenged by wide-open space. Even the final sequence of the movie, which finds the hero, Tony Leung, contemplating life amongst some ancient ruins in a faraway rural area, does not denounce the small spaces of his Hong Kong world. Unlike the end of Blade Runner, nothing about this scene says, 'At last I have arrived at freedom, paradise, a final home!' Tony is not here to stay, but is visiting—he is a tourist, like the lovers in Happy Together, another fine Wong Kar-Wai film.

A small room (bedroom, restaurant, office) in In the Mood For Love is not a 'hole in the wall' but a universe filled with possibilities that are invisible to us Westerners who, as the French philosopher/mathematician Pascal once said, can't sit in a room for too long. We freak out, and want to run outside, into the liberating air. But if we ever hope to find happiness in the decreasing spaces of our Western cities, then we must become more like the men and women in Wong Kar-Wai's marvelous movie."

In the Mood for Love screens from Jun 4 - Jun 5 at SIFF Cinema Egyptian on Capitol Hill.