On Star Trek, Nichelle Nichols Inhabited a Hopeful Future. It Has Not Come to Pass 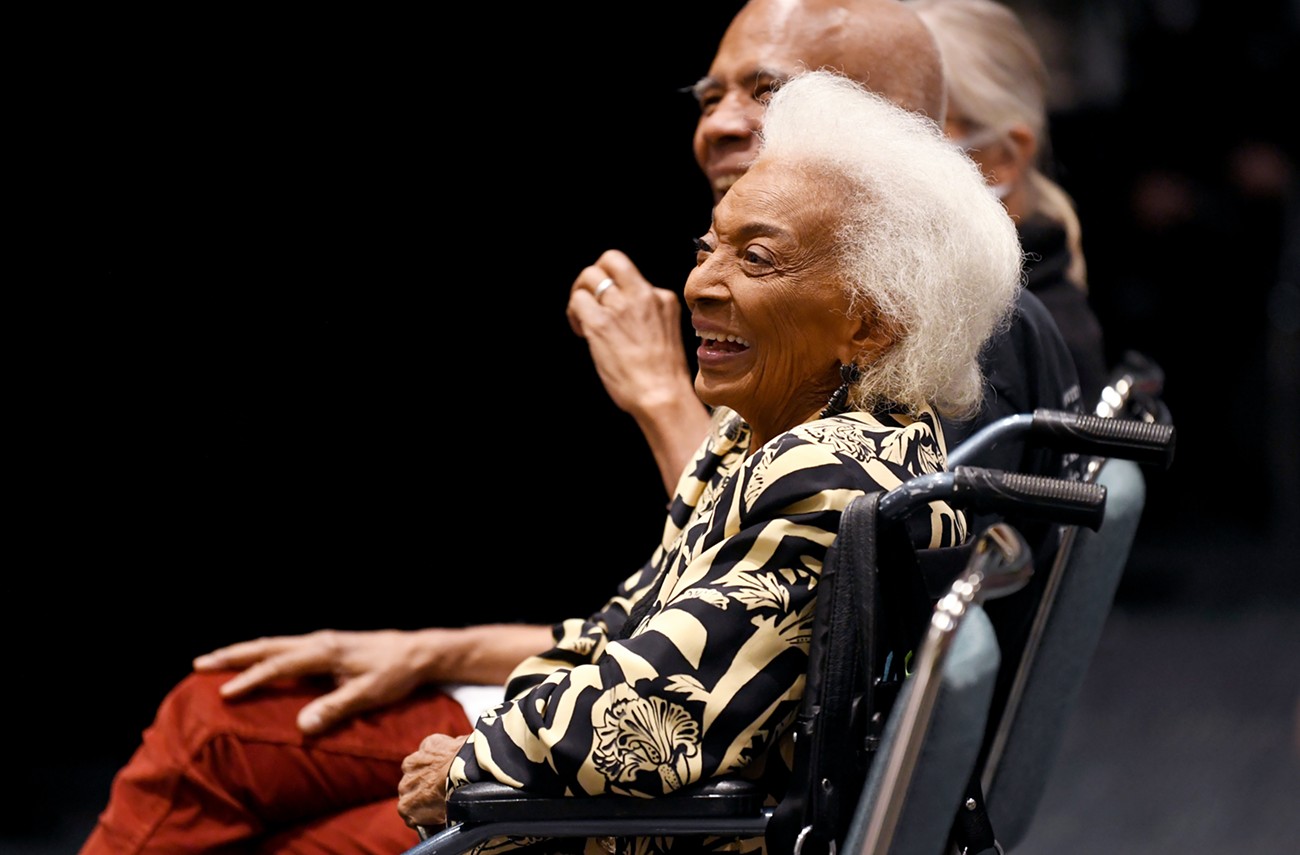 Nichelle Nichols died on Saturday. She was 89. Her fame was almost entirely made by Lieutenant Uhura, the character she played on what is now called Star Trek: The Original Series. The sci-fi TV show, which premiered in 1966, was not a hit. CBS canceled it in 1969 after only three seasons. But Star Trek’s afterlife in broadcast syndication made it and its stars icons of American popular culture.

There was indeed a time in America when it was hard to find a person who hadn’t watched all of Star Trek’s 79 episodes. They were always on TV, which in the 1970s had no competition from cable. In the 1960s, however, Lieutenant Uhura made a huge and lasting impression on Black America. She was one of the few Black characters on a major network who had a respectable job, who was an expert, and who radiated talent and intelligence. This fact was so remarkable that the show found a big fan in none other than Martin Luther King Jr.

The story of how King intervened to keep Nichols on Star Trek when she planned to leave the show after its first season is very well known. King told Nichols (some accounts say he even ordered her) to go back to space and stay there because it would be a great loss for Black Americans if her character was replaced by TV’s almost universal representation of professionalism and beauty. If Nichols wasn’t traveling at the speed of light to a “new frontier,” then King’s “little children” would lose the only program they were allowed to “stay up and watch.” Such was the power of Uhura—a word that approximates freedom in Swahili (uhuru, as in Black Uhuru).

I remember reading an interview with Whoopi Goldberg, where she talked about seeing Nichelle Nichols play Uhura: "I ran through the house yelling, 'Come quick, come quick, there's a Black lady on television and she ain't no maid!'"https://t.co/JXuCjnzT6P

The racially and culturally forward-looking Star Trek ran between several important social changes in the United States. There was the Voting Rights Act of 1965 and the Immigration and Naturalization Act of 1965 on one end, and on the other, the formation of the Environmental Protection Agency (EPA) in 1970 and Roe v. Wade in 1973. Lieutenant Uhura lived long enough to see these acts and institutions either completely destroyed or under considerable attack. Indeed, the world that gave us Star Trek is looking more and more progressive than the one we are currently in, the world Nichelle Nichols left on July 31, 2022.

In 1966, the future had a different structure and orientation than the future of today. The former imagined cultural advancement and an increased reliance on scientific reasoning; the present is increasingly regressive, regardant. It only looks back to an imagined time when the church and state were one and the same thing. There’s none of this business of exploring “strange new worlds” and “to boldly go where no man has gone before” anymore. Happiness for millions of soul-broken voters and the powerful party that represents them is only found behind us, behind the sexual revolution, Silent Spring, and the March on Washington. The future as the future was understood in 1966 appears to be destined to join Nichelle Nichols in the grave.