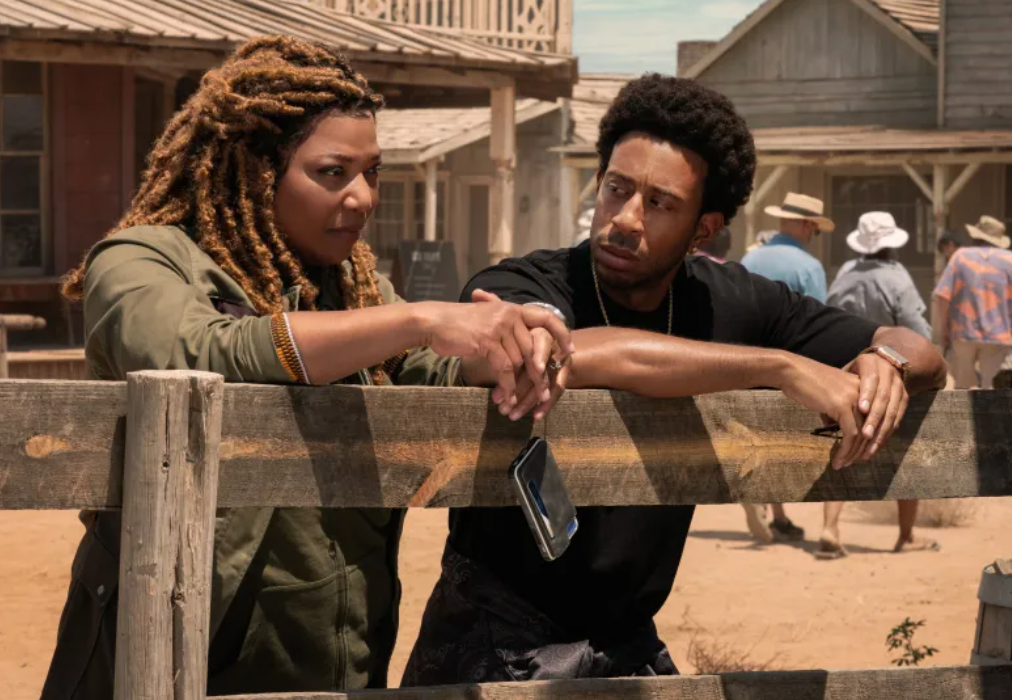 End of the Road, starring Queen Latifah (Brenda) and Ludacris (Chris), has received a lot of bad reviews. But we can place most of the blame for this negative response not on the movie itself, but on Netflix's misclassification of it.

End of the Road is not a thriller but a horror film. If this plain fact is missed, it is because the promoters, and consequently the haters, saw the movie's villains—the neo-nazis in a trailer park, the "good old boys" in a pickup truck, the Blue Lives Matter couple—as ordinary people and not terrifying zombies who lost their souls to MAGA.

The story? A lower-middle-class Black family bankrupted by medical bills leaves Los Angeles for Houston, which has, of course, affordable housing. Between the point of departure and the destination sits lots and lots of MAGA country. The undead are on the long roads, at desolate gas stations, in cheap hotels and isolated farmhouses. They are everywhere.

Not long after entering this underworld, Brenda, who is a nurse, and her family (brother, son, daughter—her husband recently died of cancer) are stopped in the middle of nowhere by two zombies who demand they submit to white power. If their Black pride is in any way made visible, the undead will rape Brenda's daughter and then kill them all. The undead have guns. They mean business.

If the Black family submits, the power of MAGA grows. The two soulless white monsters will have the kind of confidence that, on January 6, inspired thousands to storm the Capitol Building, bash anything in their way with Confederate flags, and try to lynch the vice president, whose commitment to white supremacy proved to be not 100 percent.

This is the substance of End of the Road. It's what makes the film so fascinating and, in many respects, original. The MAGA undead keep coming after a Black family that's only trying to get to Houston (22 percent Black). The family pays their taxes, they work hard, they want the socially necessary things of an existence in capitalist America (a stable home, health security, good schools). But the white undead can't see any of this. The Black family is, in reality, just like them: broke, oppressed, underpaid. But the natural (or obvious) bond between poor and working-class white and Black Americans has been bitten and transmogrified into its opposite by the teeth of supernatural whiteness.

Get Out, the defining 21st-century Black horror film, is ostensibly about white supremacy in the Obama age. The End of the Road is the follow-up; because it's dealing with a different kind of beast, it is more direct. Get Out has mystery—are these good white people or bad white people? There's no such mystery in Queen Latifah's film. The MAGA undead can never be anything but what they are, the "undead, undead, undead."