But the Film Does Get Some Things Right, Including How It Handles the Death of Black Panther Star Chadwick Boseman 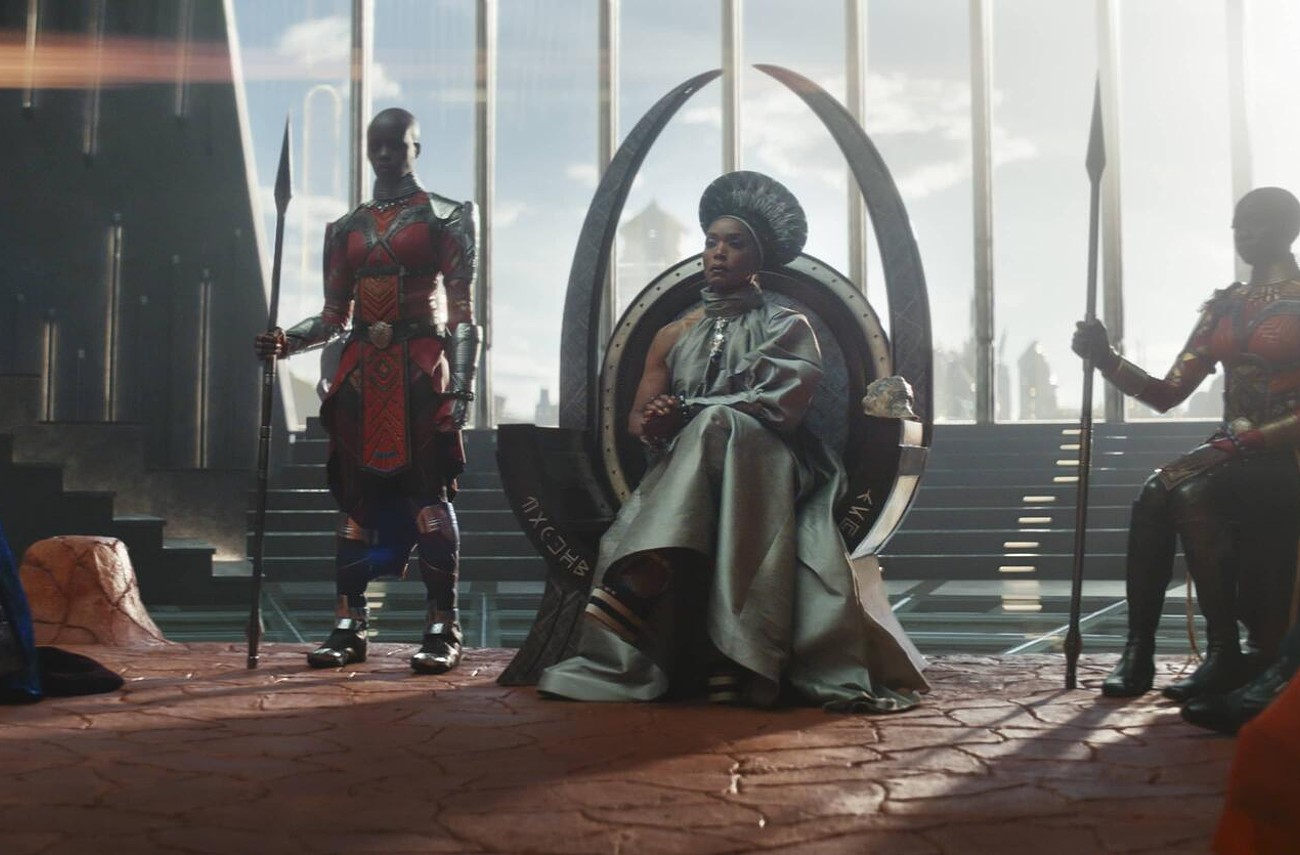 Better than average; not as good as Black Panther. Courtesy of Marvel Studios

Wakanda Forever has met the enemy, and it is us.

The follow-up to the excellent 2018 film Black Panther makes the interesting choice of situating its main villains almost entirely off-screen, probably because they consist of hundreds of millions of people. The world’s major superpowers are the bad guys this time, particularly the United States and France, but the primary conflict is between Wakanda’s leaders and Namor, the ruler of a previously-unknown underwater civilization who wants Wakanda’s help to resist the exploitation of his people.

As a Marvel movie, it’s better than average—though not as good as Black Panther—and is, at times, an excellent episode of Star Trek, presenting a thorny moral dilemma that’s far more interesting than the punching and laser beams that you know will inevitably come. Alas, the thoughtful approach of the first half becomes tangled in the second, with an out-of-nowhere character turnaround that feels less like a resolution and more like a run-out clock forcing things to a close.

Demonstrating how the Star Wars franchise should have handled the death of Carrie Fisher, Wakanda Forever opens by directly addressing the loss of star Chadwick Boseman and his character, T’Challa. His sister Shuri doesn’t want to accept his death and burns with fury that he was taken too soon. His mother Queen Ramonda steadies the country with a firm hand as she grieves. And the rest of the world perceives an opportunity to exploit Wakanda’s instability.

White exploitation is a key theme of the film, from military attempts to steal African resources to government agents purloining the work of a young Black scientist. An additional angle on exploitation emerges from the sea, when it’s revealed that world powers seek to seize vibranium from deposits beneath the waves. That doesn’t sit well with the underwater kingdom of Talocan, composed of Mayans who fled European colonizers centuries ago.

Talocan’s ruler, Namor, reveals himself to Wakanda and insists that they help him resist the world powers that devastated his homeland hundreds of years earlier and now salivate at Wakanda’s resources. He wants more than to defend his people; he wants to go to war with the surface world and kill a young woman who built a vibranium-detecting machine. This energy does not quite match Wakanda’s approach of “don’t bother us and we won’t bother you,” but Namor correctly sees that world powers won’t tolerate this attitude forever—especially if they succeed in stealing some vibranium of their own.

This interesting conundrum is undermined by tangled plot threads that become hopelessly knotted. Shuri’s anger and refusal to grieve present an interesting character note, but they are barely examined. The conscience-less exploitation of resources (both natural and human) is of interest, given similar crises facing the real world, but it too is presented and then left unaddressed. Is this movie about dealing with loss? Learning from the past? Guarding the vulnerable? Striking first? Choosing unlikely allies against a common foe? Not really on all counts, since those ideas are left to dangle while the movie teases an upcoming Disney+ series about Riri Williams, a successor of sorts to Ironman’s mantle.

The result is a frustrating 2-hour-and-40-minute experience since it’s obvious that Wakanda and Talocan share a common enemy and their hostility to each other makes no sense. Queen Ramonda seems aware of this: “You perform civility here,” she tells world leaders at the United Nations. “But we know what you whisper in your halls of leadership and in your military facilities.”

An alliance with Talocan seems inevitable, and it is bizarre that Wakanda’s leaders seem to have no plan whatsoever for their relationship with this newly-revealed superpower. That makes Namor—ostensibly the film’s antagonist, if not the villain—seem more reasonable than our heroes, which in turn makes their squabbling seem awfully petty when there’s an entire globe hellbent on repeating their pattern of killing, exploiting, and enslaving vulnerable populations.

Also frustrating: Riri, as a brilliant fish out of water with an assertive, adventurous attitude is the movie’s most compelling character, but she’s done a tremendous disservice by a plot that introduces and then almost completely ignores her.

There is also an extremely bizarre appearance by Julia Louis Dreyfuss. I like this actress and I like her character, but with every single line of dialogue, she seemed to be reacting to something completely outside of this film. Maybe her performance was mangled in the edit; her energy felt like a Mad Libs reassembly or a celebrity interview that had been repurposed for an episode of Space Ghost Coast to Coast.

I suspect that this story would have made an excellent six-episode series, with a little more room to engage with its ideas and allow the characters to evolve, instead of turning on a dime at the last minute. It’s certainly not the worst Marvel film (remember Eternals? Me neither), and there are moments of true excellence—particularly Angela Bassett’s performance of rage and grief. But it’s disappointing to see the promising setup fizzle.