Avila in Wallingford Is Seattle's Next Favorite Restaurant

If seeing the cockscombs on the menu at Avila is a surprise, wait until you see them on your plate. "Herbed risotto, cockscombs, porcini mushroom, $6," it says, and the server explains that yes, they are cockscombs as in, yes, from the top of a rooster's head. He does not belabor this point. They are braised in red wine, he says, and conveys in a conspiratorial (but not too committal) manner that they are worth trying.

Then, cock-a-doodle-doo, there they are in front of you, bigger than you might expect and unmistakably zigzagged, the former crowns of several former loud, living things. It is a visceral sight. This is food to drive PETA raving mad, even though (because?) it is food that falls in the eating-it-in-Europe-forever category. The Utne Reader online discusses a 2009 Gastronomica article about a centuries-old Piedmontese recipe that also uses rooster wattle and testicles; the comments veer immediately and precipitously into calling the author "a witch with a capital B" and suggesting she might as well eat human testicles, too. Which misses a couple points: (a) Eating everything but the feathers ought to be commended, and (b) surplus roosters behave better in a stew than they do in the barnyard, where they peck each other and frantically hump the chickens (sometimes to death).

At any rate: What does a cockscomb taste like? Avila's wine braise gives these a deep purple flavor; between the color and the texture—which is both elastic and almost fatty—it might put you in mind of squid, and of squid ink. Gastronomica compares the taste to frogs' legs, which may be true elsewhere, but here, laid out over a verdant green brothy risotto, they ally with the porcini taste. The slight snap then squish as you chew is much like a mushroom, too. Are they good? They're strange, and they make you think. That's good to me.

Avila is in Wallingford, and it opened in November. (It's pronounced AVE-illa; there are cities and beaches and mountains named Avila around the world.) The place is contemporary in a familiar way; it's long and narrow, with a bar in front, then a few steps up to some seating warmed by the disciplined energy and concentrated glow of the small open kitchen. (Avoid the back room, which has a domineering rippled-and-backlit wall sculpture-thing.) The chef is Alex Pitts, most recently of excellent West Seattle restaurant Spring Hill; this means Mark Fuller, who came from Tom Douglas's Dahlia Lounge, mentored him. You can see and taste the lineage. T-Doug does not brook mistakes; technique is nailed down at Spring Hill and at Avila, allowing for careful feats of deliciousness and beauty. Spring Hill bests Dahlia Lounge with a more urbane room and risk-taking cooking; Avila is poised for greatness as well. It is less self-­consciously upscale than either of them, is more approachable, and specializes in surprises.

Not all the surprises are on the order of magnitude of cockscombs, but that's for the best. Take the tater tots (with house-made plum ketchup, $7 for four): They aren't tots, they're golden brown dervishes, with hearts of truffled mashed potatoes wrapped in shoestring potatoes that stand out wildly in supercrisp crazy-headed points. (The server: "They are challenging to eat neatly, but they are delicious." True.) Be advised that if you have more than one of these, your stomach capacity may be seriously compromised. (And on that note: Beware of the bread. Your server—they walk the right line between formality and friendliness, happily answering questions or being stealthily efficient as is warranted—will bring two or three kinds, house-baked, with a ramekin of alluring pale butter, presented on a wooden board. And then the bread may be warm. Beware! Avila also makes sandwiches on these breads for lunch, which I'm guessing is the best thing to happen in Wallingford at lunchtime ever.)

While a Bibb salad with green goddess dressing was merely good and fresh, the ubiquitous beet salad has been taught some new tricks at Avila. Golden and crimson beets rest on a bed of goat cheese that's creamy enough to swipe up, and a few slices of Asian pear (prettily stained beet-pink) make for a complementary but more airy, aqueous crunch. There are a few hazelnuts and (surprise!) a sprinkling of miniature peppery chive sprouts. Each of these salads is only $5 (and, yes, Avila sources locally, etc.). A supper of a few small plates here would be an excellent deal. Mine would include the beets and the fantastic gnocchi ($9), which are exceptionally pillowy, with big pieces of Dungeness crab in a faintly lemony Parmesan foam with a drift of horseradish bread crumbs on one side. (The surprise: skinned cherry tomatoes hiding sweetly among the dumplings—they've been blanched, peeled, tossed with vinegar/basil/champagne/fennel pollen, and almost sun-dried under a heat lamp.)

Of Avila's entrées, spinach ravioli ($16) might be the least exciting, just tender noodle bundled around a simple, grassy near-puree, served in a restrained pumpkin and lemon sauce with a joyous amount of hedgehog mushrooms. The chicken ($22) was all white meat, moist and good in an optimal but predictable way, but its accompanying medallion of boudin blanc was outstanding: light to the point of mousselike, yet freighted with savory flavor. The outlier flavor here: the punch of some hidden sauerkraut, weird but then strangely necessary. A dry-aged flatiron steak (from Stokesberry Sustainable Farms in Olympia, $25) was distinguished by its square of sweet-potato pie, topped with homemade marshmallow fluff.

The steak was good, but if you are a meat-eater and you love food, you should go to Avila as soon as possible and have the leg of lamb baked in hay ($23). Sit near the kitchen and you can see it happen: Hay is packed all around the (precooked sous vide) meat in the pan, then dramatically set on fire, then the whole thing is shoved in the oven to extinguish and finish. The result is magically neither rare nor well-done, with a smoky-but-not-oversmoked crust and taste that's unbelievably good. The black sesame sauce is a bit acrid, but it's uncalled for anyway—and the polenta that comes with it is in a wholly unusual form and more delicious than polenta has a right to be. The presentation of all this is an especially lovely geometry at a place where presentation is attended to assiduously.

Dessert is largely untenable, but the Valrhona chocolate mousse ($5) is almost as light as air, not too dark and not too sweet, and comes with tiny house-made peppermint patties (a capital idea). An otherwise promising green-apple soufflé ($5) was batter-y in the middle; they took it off the bill.

Avila's thus far been a neighborhood and industry favorite. Everybody seems like a regular, and conversations are about other restaurants and wine and how shockingly good the food in front of everyone is. You, too, can be shocked. Go and enjoy.

Comments 15
Tags: Food & Drink
The Stranger depends on your continuing support to provide articles like this one. In return, we pledge our ongoing commitment to truthful, progressive journalism and serving our community. So if you’re able, please consider a small recurring contribution. Thank you—you are appreciated!
CONTRIBUTE NOW 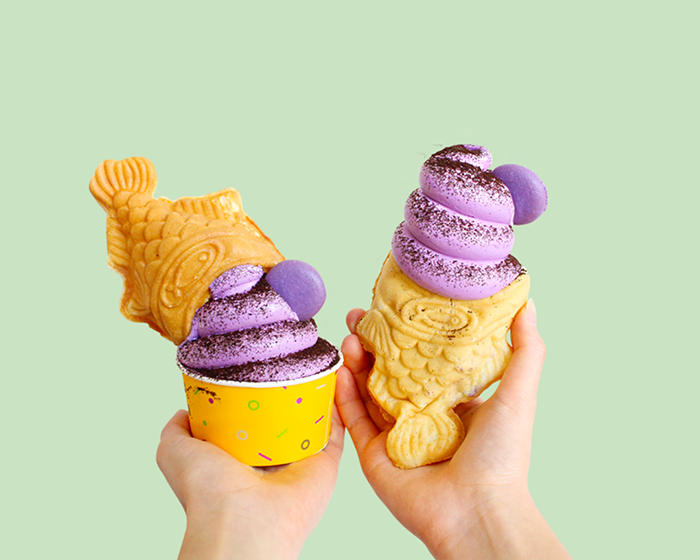