A Peek Inside Seattle’s Newest Gluten-Free Cafe and Bakery, Niche

As Angela just mentioned, Seattle got another new gluten-free bakery/cafe today, Niche. Naturally, as The Stranger's gluten-free person on staff, I had to rush over and try it.

Located on 12th Avenue at E Columbia Street, across from Seattle University, Niche is much more of a cafe than a bakery (so far at least), as its menu is mostly composed of panini, toast, and waffles (it's also got salads, a burger, and a kid-friendly menu of snacks like almond butter and crackers). Everything is gluten-free, of course, but there’s also vegetarian and “Paleo-friendly” options. 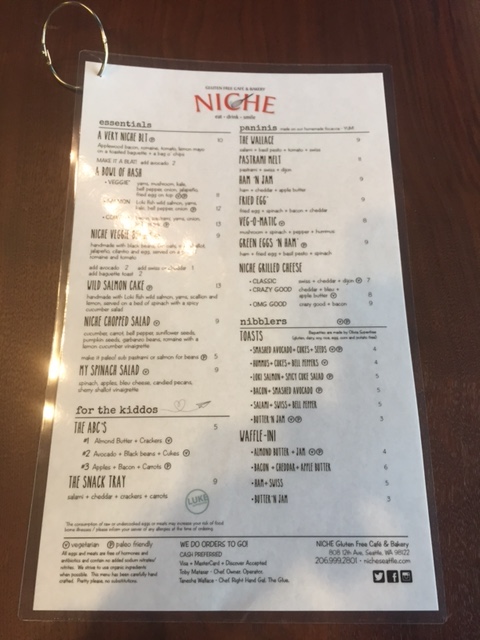 I wasn’t quite ready for lunch, so I decided to try one of the “toasts”—Loki salmon with spicy cuke salad ($5). The salmon more resembled tuna in taste and presentation (but slightly less fishy), and the spicy cuke salad was reminiscent of the Korean cucumber salad that my mom makes with rice vinegar (I could eat that stuff for days). The toast itself was an Olivia Superfree baguette (not made in-house, unlike the panini), which, if you haven’t tried before, you definitely should (they’re also sold at Central Co-op). They’re great toasted and slathered in butter, which may be the route I’ll go next time. Still, it was a light, tasty snack. 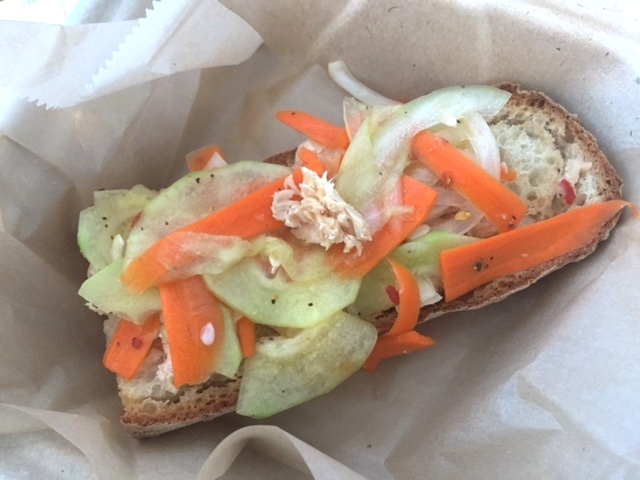 Owner Toby Matasar said they’ll be offering more baked goods soon (right now the long counter looks sadly barren), but today they at least had a chocolate chip cookie, which Matasar only charged me $2 for. I’ve been on a major chocolate-chip cookie kick lately, sampling all the kinds at Central Co-op, and I have to say, there’s nothing like homemade. Matasar’s version was soooooo good. (Perhaps not surprisingly, considering that she was a pastry chef for Tom Douglas Restaurants.) If that cookie is a preview of her other baked goods, Niche may become my new go-to (sorry, Nuflours and Flying Apron!). 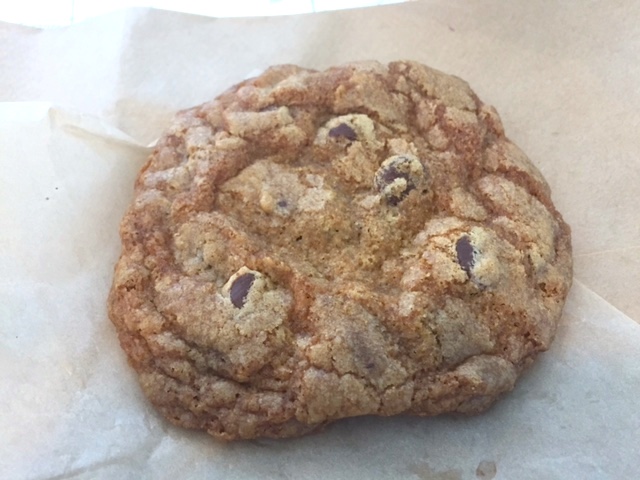 Today is Niche’s first official day of business, so they’re still ironing out some kinks in their process, but I’ll definitely be back soon to sample Matasar’s homemade panini and more sweet treats.

Comments 3
Tags: Food & Drink Blogs
The Stranger depends on your continuing support to provide articles like this one. In return, we pledge our ongoing commitment to truthful, progressive journalism and serving our community. So if you’re able, please consider a small recurring contribution. Thank you—you are appreciated!
CONTRIBUTE NOW