Here Are the Most Relaxing Games Showcased at PAX This Year 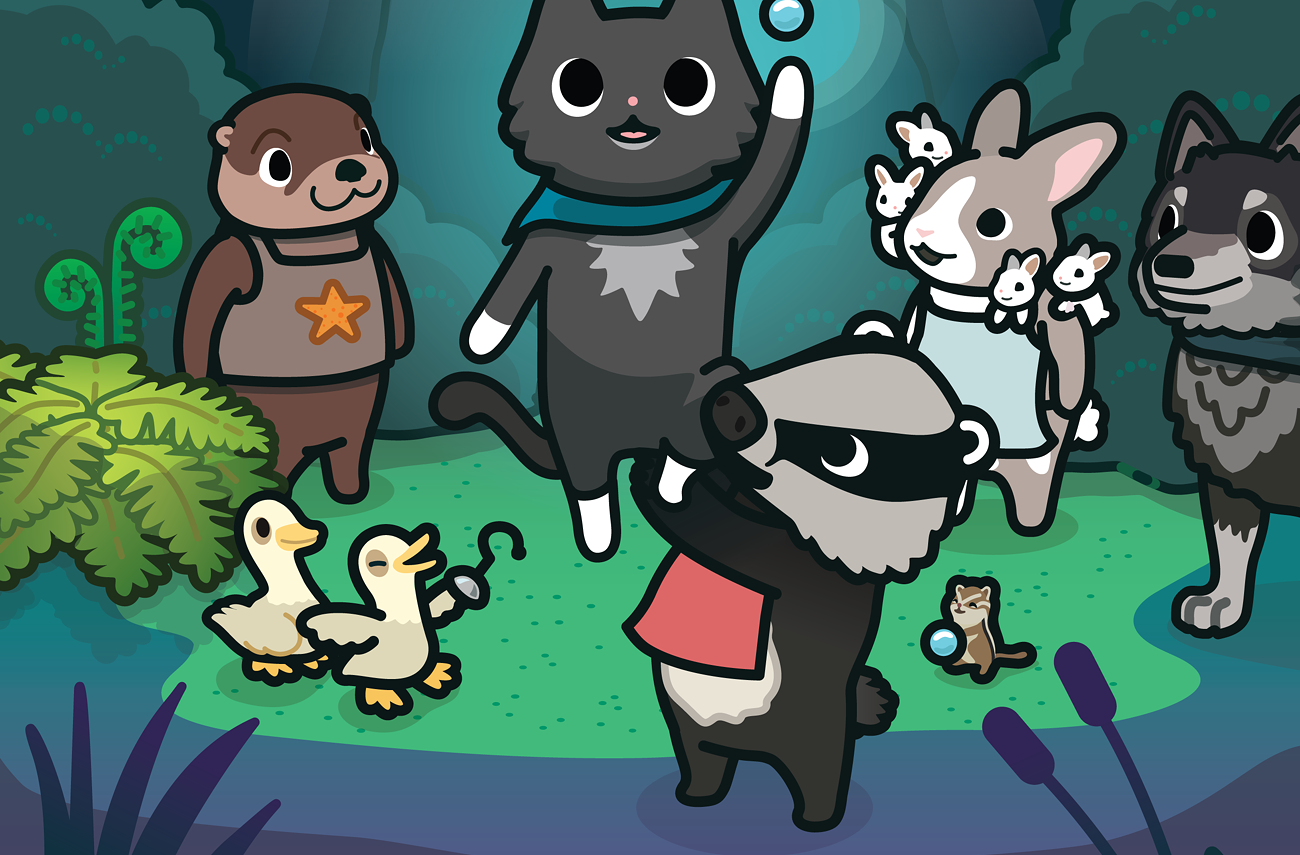 There’s something deeply ironic about exhibiting chill-out games at a convention like PAX—a loud, overwhelming, cacophonous hellscape of sound and distraction where concentration and calm are unthinkable. And yet, there they were—tucked away behind a McDonald's booth in a tight clutch of cute indie-game booths was a collection of adorable cat puzzles and heart-rate-lowering rhythm games.

I took a leisurely stroll (well, as leisurely as one can be amidst the noise of gunfire, pachinko simulators, and hollering press agents) through the indie booths, looking for anything that might soothe the soul. Here are some of the highlights.

Of all the games on display, I came back to watch all-age players enjoy Spirit of Midnight the most. You are a cat who wanders away from your human home to explore the out-of-doors, solve puzzles, and help other animals restore the balance of nature. Adorable picture-book art blends nicely with old-fashioned Sierra-style exploration. Cute and kind, this is a game I look forward to recommending to the younger gamers in my life. There’s no release date or platform info yet.

But a game that does have a release date is Akurra, a pixel-art island exploration game in which you are a Conan-like muscleman who pushes blocks, clears bushes to reveal paths to keys, and warps through portals. The vibe evokes the original Legend of Zelda, and a demo’s available now with the full version expected in December.

I was glad to see Garden Story at PAX since it dropped last year when attendance at game conventions was still pretty limited. It’s a blend of adventure-story and Stardew-like, with charming pixel art and a lovely soundtrack. Rebuild a dilapidated village, make friends, engage in combat (or don’t), and craft craft craft.

Offering a bit more robust take on a similar style is Ikonei Island. You know the drill: Craft tools, tend a farm, build shelter, fight monsters, make friends. This one forgoes the usual pixel-art style for a more modern 3D look; currently in early access, a full version is expected next year, complete with multiplayer.

When the agitation of being alive gets to be too much, I often turn to games that put me into a flow state where my mind can wander halfway between consciousness and sleep. That’s a perfect time to check out Melatonin, a rhythm game designed to chill the player out with lulling beats, soothing pastel colors, and a calming dreamy tempo.

Two other games that guide the mind to wandering: Freshly Frosted, in which you assemble donut-making conveyor belts (out now on Steam) and JellyCar Worlds, in which you drive a squishy toy car through brain-pleasing physics sims accompanied by charismatically lo-fi sound effects of a person saying, “Boing, bing, brrrrr.”