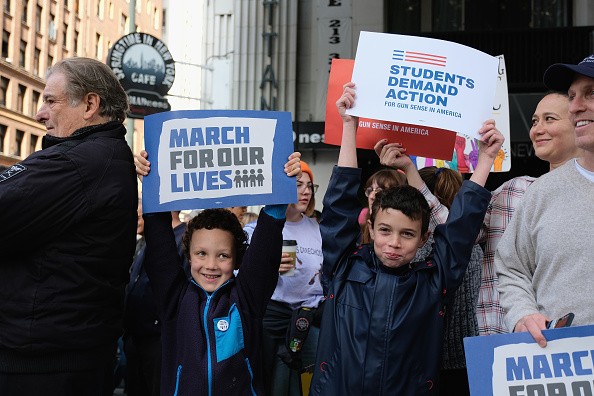 We need to pass gun safety legislation, otherwise these kids will be holding these same signs as adults. Sarah Morris / GETTY

The night before the mass shooting in Uvalde, Texas, I cried.

I attended a screening of the new documentary Gabby Giffords: Won’t Back Down, which brought back painful memories from 11 years ago, when a gunman shot my former boss and mentor in the head and killed six other people, including my colleague Gabe Zimmerman. It is always emotional to recount that day, but the screening was made even more powerful because Gabby, who has become a leader in the national gun safety movement, was there with us.

The next day, nineteen children and two teachers were killed with an AR-15 rifle in their classroom inside Robb Elementary School in Uvalde, TX. It hit me like a ton of bricks. When is it going to end? I hugged my kindergartner hard that night, and the next morning I told him to be safe as he left for school. He said, “Don’t worry, Mom, the teachers will protect us.”

Teachers are forced to try to protect our children because too many of our elected leaders won’t. It has been 11 years since Gabby was shot and ten years since Sandy Hook. Not one single gun safety policy has been passed at the federal level, and gun violence has soared. In 2020, the most recent year for which complete data is available, 45,222 people died from a gun, which is a 14% increase from the year before, a 25% increase from five years earlier and a 43% increase from the decade before. Gun violence is now the leading cause of death for children and teens in the United States. As a mother, this is devastating.

Yet our elected leaders in Washington, DC do nothing. I am proud, however, that our state has been a bright spot in demonstrating that change is possible. The legislature delivered on policies to ban untraceable, homemade ‘ghost guns’ and high-capacity magazines. We restricted open carry at places of civic engagement including public demonstrations, local government meetings and election facilities and the state Capitol. And we funded critical investments in community violence intervention programs.

This progress matters. Study after study shows that states with stronger gun safety laws see fewer gun deaths. Texas, however, has some of the weakest gun laws in the country.

Just days before the shooting, the gunman, barely an adult himself, legally secured two semi-automatic weapons with ease, in addition to more than 350 rounds of ammunition without any required waiting period. He was not old enough to buy a beer, but he could buy the weapons of war he used to single handedly wipe out an entire classroom, a neighborhood of children. The slaughter went on for 75 minutes before help arrived. The teachers and students had no chance.

But it doesn’t have to be this way. Until Congress finds the courage to stand up and protect our children, states must keep leading the way. Washington state has made great progress, but we can do better. The Giffords Law Center ranks Washington 10th out of 50 states and gives us a “B” grade. I’m working with legislators and advocates to make 2023 the year we ban assault weapons, lift local preemption so municipalities can pass stronger laws, hold gun manufacturers and dealers civilly liable for selling or marketing guns illegally, and establish training requirements to obtain a firearm permit.

After a hard couple of years for parents, this latest tragedy is absolutely devastating. My fellow moms have been calling me asking, “What can we do? When is it going to be enough? Our kids are counting on us.”

As an elected official, I have the responsibility to pass laws that keep our community safe. But each of us has a role to play in this fight. We must demand support from politicians and back candidates who understand the importance of common sense gun safety measures. Reject arguments that banning assault weapons is “too hard.” Don’t lose faith that our laws can change. Let’s march in the streets on June 11th in support of a nation free of gun violence. Find a march near you .

Gun violence is preventable. We can never stop fighting for those we love.

Comments 15
Tags: Guest Rant
The Stranger depends on your continuing support to provide articles like this one. In return, we pledge our ongoing commitment to truthful, progressive journalism and serving our community. So if you’re able, please consider a small recurring contribution. Thank you—you are appreciated!
CONTRIBUTE NOW 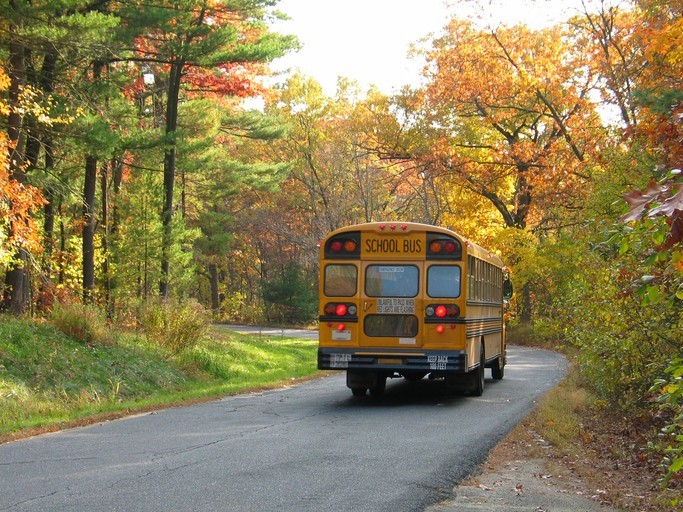 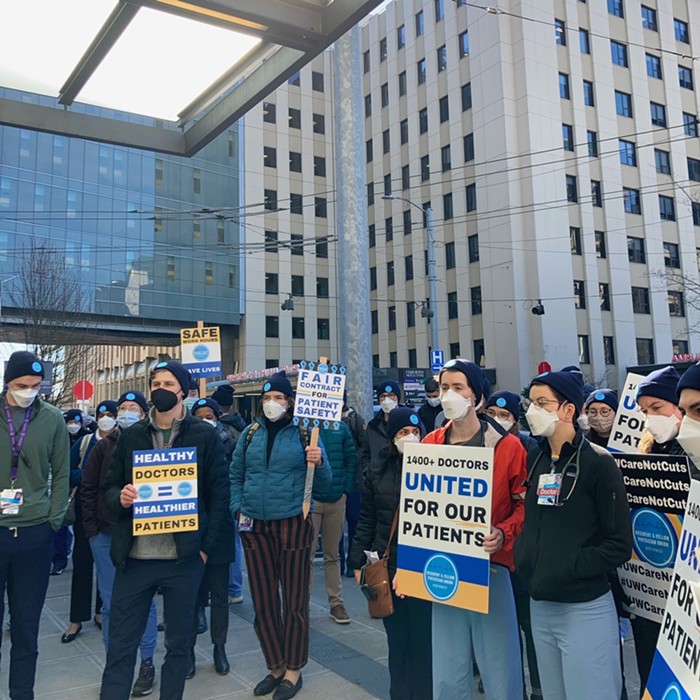