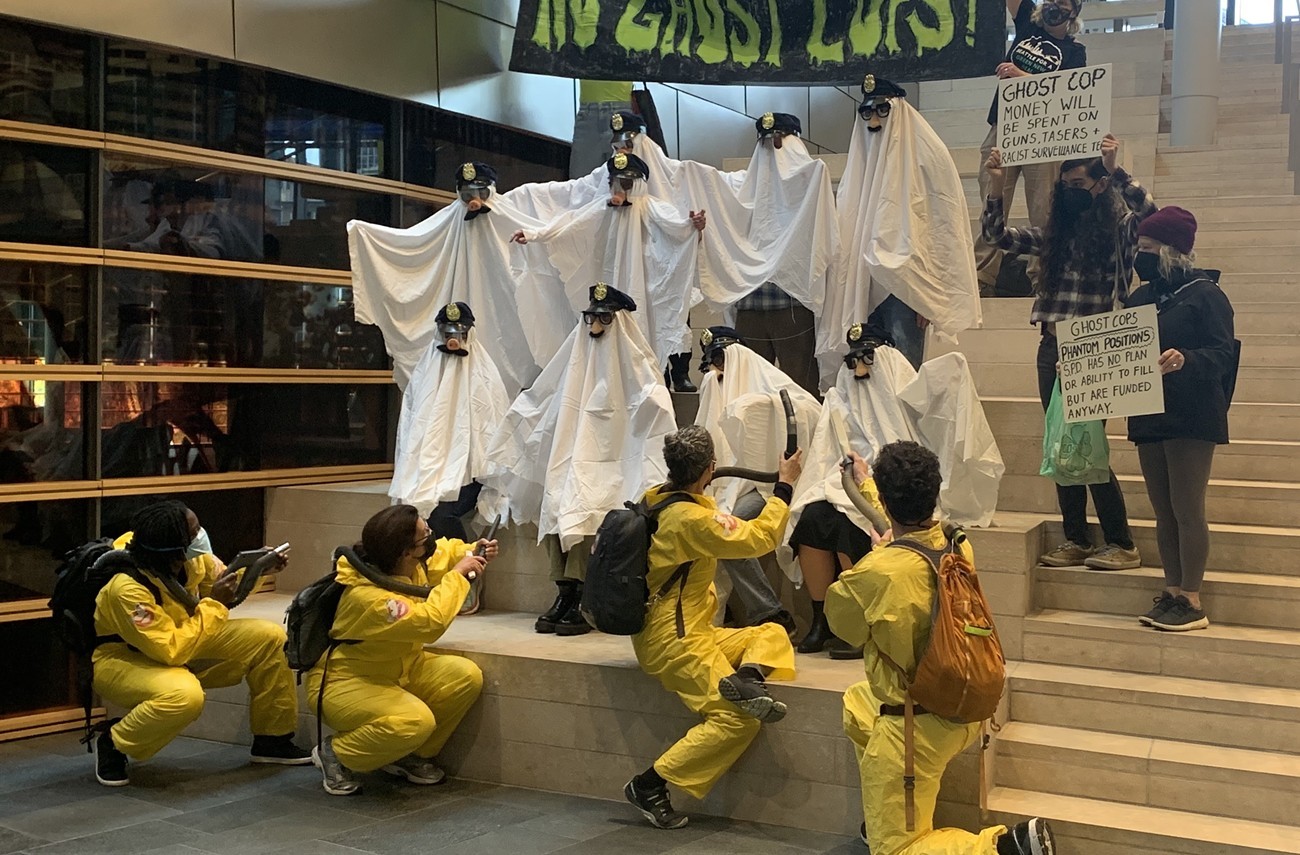 In the face of several crises, paying millions for vacant cop positions just to send "a signal" is bad budgeting. HK

There’s a lot of talk–and a fair amount of hysteria–in the opinion pages of the Seattle Times about removing some vacant positions the Seattle Police Department (SPD) has no plan to fill as part of the 2023 budget. Some council members and their allies are trying to paint this budget practice as a reckless and radical act. But it’s actually a standard, common sense budget practice.

When a department’s positional authority exceeds the actual number of employees and expected hires, then the city removes–or, to use the fancy budget term people like to throw around, “abrogates”—the vacant positions the department doesn’t plan to fill within the next year to bring positional authority back in line with the actual number of employees. This process avoids inflating a department’s initial budget for the next year. If cities didn’t remove those positions, then departments would be funded for vacancies they have no plan to fill while actual needs go unmet in the current budget.

The city abrogates positions annually as part of the normal budget process. This year, the Mayor proposed abrogating the vacant Office of Police Accountability video analyst position and no one batted an eye. The Mayor also proposed (and Council will most likely approve) abrogating 26 vacant positions in 911 dispatch simply because city leaders don’t expect to fill those positions this year.

And yet, despite those proposed abrogations, no council members wrote a breathless op-ed accusing the Mayor of not supporting public safety or sending “a negative message” to current video analysts or to 911 dispatchers and recruits. That’s because abrogating vacant positions is a standard budgeting practice, and council members know they can re-add the positions during the next budget (or during a mid-year supplemental budget) if it looks like the department can actually fill them, and if they are needed.

But some city leaders are treating SPD differently. The Mayor’s proposed 2023 budget maintained SPD’s positional authority even though that authority is 200 positions higher than the actual number of SPD employees, including ones SPD plans to hire over the next two years. In other words, SPD’s starting budget (as proposed by the Mayor) included $28.4 million in personnel costs for 200 vacant positions that SPD has no plan or ability to fill. These positions are what Solidarity Budget is calling “ghost cops.”

So, what’s happening here? Basically, the police are playing politics. They’re trying to siphon more money from the budget to pay for stuff that isn’t as palpable as adding more cops to their ranks. If SPD acted like other departments, then it would request funding for items it wants, including personnel and non-personnel stuff. Instead, SPD repurposed $17 million in funding for the 200 vacant, unfillable positions to its wish list of new items. In this way, SPD can claim its new spending items are “budget neutral” and that it is taking a budget reduction while actually increasing its budget.

What’s more, Mayor Bruce Harrell’s proposed budget keeps positional authority for these unfilled positions even after the funding has been moved to other items. Council Budget Chair Teresa Mosqueda exercised normal budgeting practice (or “fiscal responsibility,” if you’d prefer) and abrogated 80 of the 200 vacant, unfillable positions (equivalent to the $11.4 million the Mayor returned to the general fund) in her compromise budget.

If the City ends up removing those 80 positions, then SPD’s starting point for future budgets will still include funding for its filled positions, positions that it plans to hire in the coming year, and the remaining vacant 120 positions that SPD has no plan to fill. SPD will still be able to request funding for new items, including additional positions. With a quarter of the City’s general fund already pouring into SPD’s coffers, practicing good fiscal stewardship by maintaining these removals is the least the City can do, particularly at a time of revenue shortfall.

BJ Last is a business analyst with over a decade of budgeting experience across a wide range of industries. He lives in Ballard and supports the Solidarity Budget.

Comments 13
Tags: Guest Rant
The Stranger depends on your continuing support to provide articles like this one. In return, we pledge our ongoing commitment to truthful, progressive journalism and serving our community. So if you’re able, please consider a small recurring contribution. Thank you—you are appreciated!
CONTRIBUTE NOW