You Pay Your Taxes. Billionaires Don’t.

It’s Time to Change That with a Wealth Tax 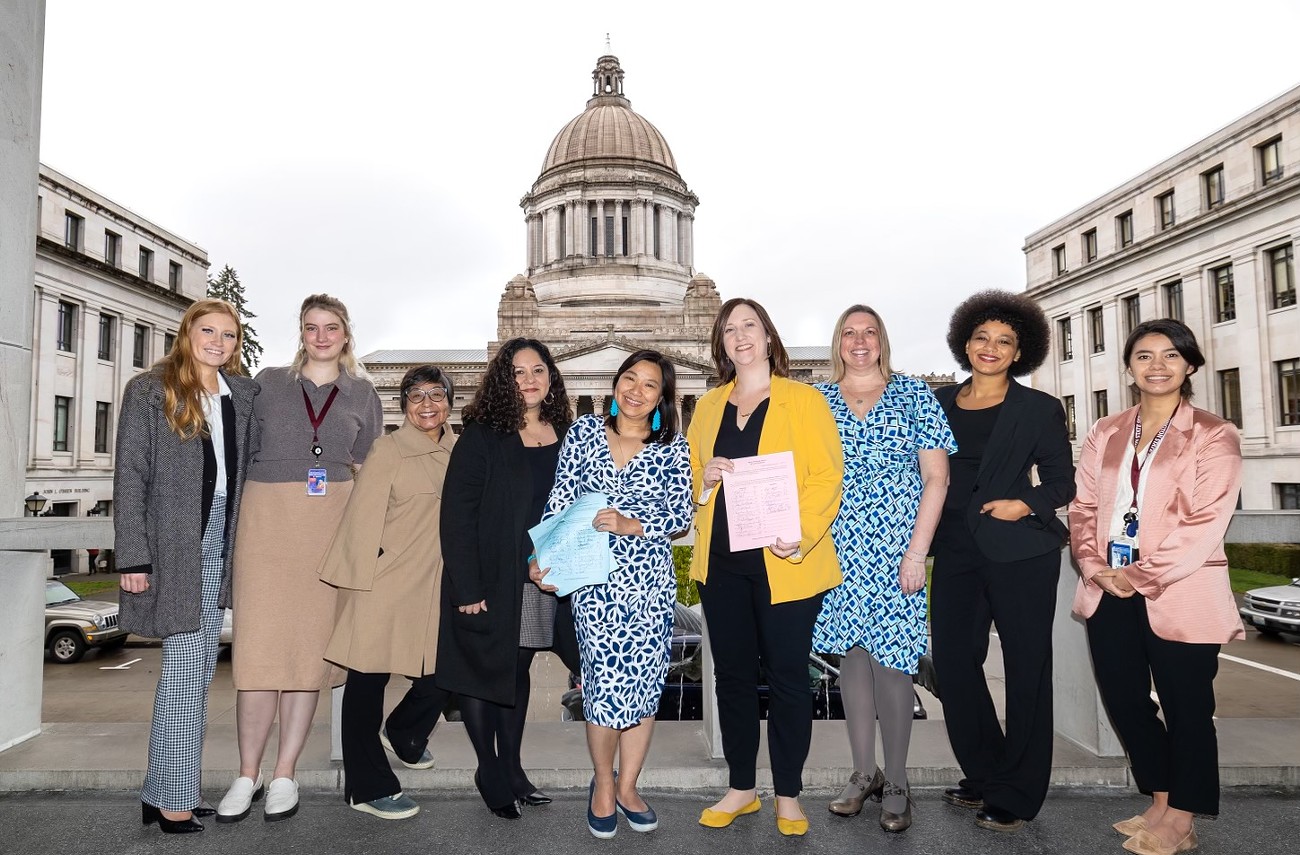 Every year in Olympia, our Governor and legislators return to work and try to figure out how to pay for basic things like teachers, textbooks, and librarians for our public schools; road and bridge repairs; and electricity to keep the lights on in our court systems. And each year they claim that there aren’t enough public dollars to pay for the basics, let alone the bigger programs that we need.

Even this year, our Governor is suggesting we borrow $4 billion through bonds to pay for needed funding for affordable housing. And so, every year, we, the constituents, suffer the harm caused by our state’s budget woes.

A full quarter of all Washingtonians are living in poverty (defined as 200% of the federal poverty level, or $46,060 yearly income for a family of three). We all know something is broken. What most people don’t know is that there’s a solution right in front of our eyes, ready to be launched: A wealth tax on the richest people in the state.

What Could We Fund?

Let’s dream for a minute. Wouldn’t Washington be even more wonderful with free public transit that connected us to where we needed to go, safe bridges, and roads in good repair?

Think about how much more positive you’d feel about your kids’ futures if our public schools provided free breakfast and lunch for all students. Or if they had enough resources so schools didn’t have to choose between providing special education and music class. And think about living in a state with enough counselors, nurses, and librarians to support students from pre-K through graduation. What classes might you or your loved ones take if public college was free and accessible?

What if instead of trying to patch over the homelessness and unaffordability crisis, we built enough affordable housing throughout our state so everyone could be safely housed? What if our family, friends, and neighbors with disabilities got the support and services they need?

Though we may have been beaten down and feel resigned to cynicism by a system that keeps asking us to scrape by with the crumbs, these ideas are not naive fantasies. They represent the basics of a just and caring society that other wealthy nations manage to provide.

We can make these aspirations our reality in Washington state.

A Wealth Tax Is the Way Forward

Nearly 40% of Washington state legislators are sponsoring a bill this legislative session that will remedy this yearly budget conundrum and allow us to dream.

The equation to solve this problem is simple: Washington will tax the stocks, bonds, and mutual funds of multi-millionaires and billionaires at a rate of 1% while exempting the first $250 million–that’s a quarter of a billion–of each Washingtonian’s wealth. The number of people who have more than $250 million in financial assets in our state is about 700. With this simple property tax on extreme wealth, Washington will likely raise over $3 billion a year.

This small, 1% property tax on truly extraordinary wealth (with a quarter of a billion dollars exempted!) would only apply to our state’s very wealthiest 700 residents. These are the people who can more than afford to pay a 1% tax.

These are also the people who benefit from our state’s functional government; they drive our roads and enjoy our clean air and water, too, but they don’t pay into the system like the rest of us do.

Who Pays the Wealth Tax? Hint: Not You

Whenever we talk about a wealth tax in Washington, some people get anxious. You might think: “But I have Alaska Lounge privileges at SeaTac.” Or, “I have a cabin in Lake Chelan.” Or, “I have a water skiing boat that I take out on the lake sometimes. Am I wealthy? Will I have to pay this wealth tax?”

Rest assured, every single Washingtonian will have their first $250 million exempted from this tax, and that exempts 99.99% of us from ever paying.

Maybe you doubt me. As a wonky economic justice advocate, I can be precise. The wealth tax, as it’s proposed in the Washington State Legislature, isn’t a tax on income or capital gains. It’s a tax on Wall Street assets that the very, very wealthy hold: things like stocks and bonds. These financial assets, which are also called financial intangible property, get to grow in value year over year tax free!

That’s right: unlike our homes–which get an annual property tax bill based on their current value–the tech and Fortune 100 stocks owned by billionaires get to accumulate value tax free.

But if you’re still unsure whether this legislation would mean a tax increase for you, consider this figure: This wealth tax, as proposed in the Legislature, would apply to fewer than 0.01% of Washingtonians. There are many successful CEOs, plastic surgeons, and even pro athletes in our state who would never pay this tax.

Why Tax the Rich?

You’ve probably heard by now that Washington has the most unfair tax code in the country. This is accurate. The people who have the least pay the most relative to their means. This is not only unfair, it doesn’t make any sense! Why in the world would we choose to squeeze pennies out of working people who are already getting squeezed by rising costs, when we could instead ask the people with (nearly) unlimited wealth to pay one measly percent toward the common good?

When Washington’s tax code was formed into the basic structure we have today (that is, in the mid 1930s), most people didn’t own cars. They paid for everything in cash, and women couldn’t have bank accounts. And I’m sure you’ve noticed that things have changed! The mega-rich are richer than anyone could have imagined–richer than the robber barons who dominated the late 19th century.

It’s time to bring our state’s revenue policies into the 21st century. It doesn’t make sense to keep balancing the books on our lowest-income neighbors while letting the uber-rich coast on a hundred-year-old structure that lets them hoard their assets.

If the last 15 years in Washington have shown us anything, it’s that protecting the wealth of the ultra-wealthy isn’t doing us any good. Even some uber-wealthy Washingtonians have called for more taxation. Just this week, over 200 millionaires wrote an open letter to attendees of the World Economic Forum in Davos to “tax the ultra-rich and do it now.” In a state with 100 billionaires, we should never have to utter the words “school lunch debt." We shouldn't have to be crowdsourcing surgeries.

By failing to ask those with more wealth than almost all of humanity to pay slightly more, we’re leaving enormous resources on the table, and it hurts all of us. As the cracks in our state–both metaphorical and literal–become more and more evident, so does the need to do something different.

We all know that something needs to change. This year, we have the opportunity to make it happen. Join us in calling for a state wealth tax so that all Washingtonians can enjoy the necessities of life: a roof over our heads, food on our tables, enriching educational experiences, and time to enjoy our families and communities.

Summer Stinson is the executive director of the Economic Opportunity Institute.

Comments 14
Tags: Guest Rant
The Stranger depends on your continuing support to provide articles like this one. In return, we pledge our ongoing commitment to truthful, progressive journalism and serving our community. So if you’re able, please consider a small recurring contribution. Thank you—you are appreciated!
CONTRIBUTE NOW