Nancy Reagan Visited Mexico After the Earthquake of 1985, and She Brought a Check

Those who lived through the 1980s were under the impression that the Reagans were the bottom of American ugliness and stupidity in politics. How could the US go lower than that presidency, which had a B-movie actor playing a president? But the US did hit a new bottom with George W. Bush, who had nothing to recommend him but the pure luck of being born into a family with money and influence. Dim Bush was massively incompetent and managed to bankrupt the US with two costly wars and the biggest economic crash since 1929. The really astonishing thing is, as bad as Bush was, he wasn't bad enough to prepare us for the new bottom, Trump.

What's terrifying is the idea of going lower than Trump is no longer unimaginable precisely because we keep hitting new and more shocking lows. Who is next in line? Kid Rock? We no longer can dismiss this possibility. But to see how far down we've gone from the Reagan years, you only need to read a New York Times article that was published on September 24, 1985. It concerns Nancy Reagan's trip to Mexico after the 8.0 earthquake. She not only went to Mexico but also brought "a letter of sympathy" from her husband, The Gipper, and a check as "down payment" ($1 million—$2.3 million in today's value) for "United States Government disaster aid to Mexico." At the time, this was considered to be common decency even for phony, stupid, and racist white American politicians. The new low inflates the phoniness, the stupidity, and the racism but eliminates any kind of decency.

Trump speech at the the UN was plain (Qaddafi) insane. His response to the 8.2 earthquake that rocked Mexico earlier this month was famously slow, and he when he finally got around to saying something, he lied about the cause of the delay (the Mexican president's cellphone wasn't working). That lie is so dumb, it's insulting. Trump can't even make the effort to come up with a halfway-believable lie (this is one of the things that separates him from Bush II, who could at least recognize, though dimly, the value of plausibility). Despite tweeting something about yesterday's earthquake, one is almost certain that in the absence of the generals (who now run what they can of the White House), Trump would have said nothing and gone on and on about his "fucken wall." 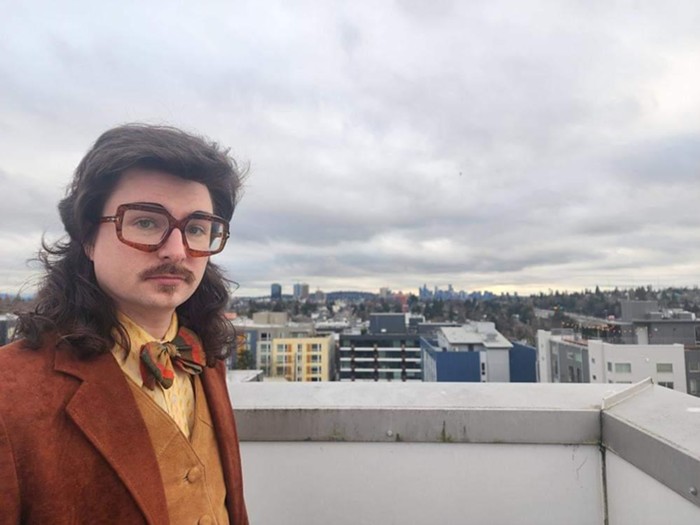 Are the New Buildings of Seattle Inspired by the Barcode?

Are the New Buildings of Seattle Inspired by the Barcode?