I am the first to admit I smoke a lot of pot. I treat weed the way smokers treat cigarettes: I don’t leave home without it. At any given moment, I likely have either a bowl packed with flower in my pocket or, less frequently but more discreetly, a vape pen. Sometimes both. Because of my mass consumption (which I’m neither shy about nor ashamed of), it made perfect sense that my editor asked me to cover the unveiling of a $10,000 blunt, which was purchased (and smoked) Monday afternoon in Seattle. According to the press release my editor forwarded, the $10,000 blunt “is truly an incredible smoke: 28 grams of sought-after Tangie marijuana that’s been hand-selected from Gold Leaf Gardens and expertly wrapped by Leira in a 24 karat, cannabis-oil (Polar Icetracts) soaked gold leaf.” It lasts, apparently, for 20 hours, and while I’m not particularly impressed by such an extravagant waste of cash, I figured maybe I’d get to take a hit, or, at the very least, ask the man who spent $10,000 on a blunt if he has any ideas for solving Seattle’s homelessness crisis.

The event was scheduled for 2 p.m. In the meantime, I spent the day writing a bit, reading a bit, and, mostly, fighting with perfect strangers on Twitter. I generally try to stay out of Twitter drama, which leaves me feeling like high school didn’t end, it just moved online, but yesterday I made an exception. It started early in the morning, after the Atlantic published its July/August cover story on trans kids, detransition, and the conflict some parents have when their kids come out to them as trans. The piece, which was written by science reporter Jesse Singal, was thorough, nuanced, impeccably researched and fact-checked, and it caused an immediate firestorm. On Twitter, Roxane Gay said it was a travesty. Lena Dunham called it dangerous. Nicole Cliffe, a woman who has literally never spoken to the author in her life, said that Singal is “obsessed” with trans women. She also called him creepy.

“Mad” doesn’t quite capture my response to these tweets. I was enraged, particularly at Cliffe, a writer who should know better than to smear someone she’d never met to her 81,000 followers. Unlike Cliffe, I’ve actually met Singal, and he is not “obsessed” with trans women. He reports on social science, including the science (or lack thereof) of gender. He was, quite literally, doing his job, and, if you follow Singal on Twitter, you’ll quickly find that if he’s obsessed about anything, it’s basketball, not trans women. The irresponsibility of Cliffe’s tweet, which has more than 4,000 likes and 1,000 retweets, was astounding—but it shouldn’t have been. This is how Twitter works: You repeat something, no one bothers to fact check, and all of a sudden, it’s treated as fact. Jesse Singal is obsessed with trans women. I read it on Twitter, therefore it’s true.

Of course, I wasn’t only enraged at the treatment of Singal because I like him and think he’s a good reporter. I was also enraged because the dog-piling of Jesse Singal echoed my own dog-piling, which happened almost exactly one year ago and for exactly the same reason: Like Singal, I also wrote an article about detransition. From the response to my piece, you would think that I’d written that trans people don’t exist or shouldn’t have access to medical care or deserve to be beaten in the streets. I wrote none of those things—and, in fact, went out of my way to include the voices of happy trans people and affirm trans identities and the need for trans health care—but it didn’t matter. I was quickly pegged as transphobic, not because of the content of my piece but because I, a cis woman, had the audacity to write it.

This, apparently, was many people’s problem with Singal, and they took to Twitter to argue that this article should have been written by a trans person instead. It’s the same argument that came up, over and over, when people were yelling at me and burning stacks of The Stranger last year, and it’s no less ludicrous now than it was then.

The idea that you must be a part of a demographic to write about it is contrary to the very nature of reporting: The job of the reporter is to listen to and relay other people’s stories, but it’s also to look for evidence, to dig into claims, to get at the truth. If you want all your stories to come directly from the source’s mouth, enjoy getting all of your news from social media. Besides, if people only wrote about populations they fit in, that would mean that I’m only allowed to write about 35-year-old lesbians from North Carolina and Jesse is only allowed to write about Boston Jews who love the Celtics and, sorry trans writers, but no more cis stories for you. Hope you don’t want to cover politics. According to this logic, the White House press corps would have to be made up of 70-year-old men with giant egos and tiny brains. Anyone writing about immigrant children separated from their families in Texas would have to be an immigrant child separated from their family in Texas. If that’s what people want, okay, but good luck effecting any sort of political change in a media ecosystem like that. You can’t argue for visibility and then claim that no one is allowed to write your stories but you.

Singal knew this was coming. He’s written on trans issues for years, and the response is always the same. We talked about this last week at the Open Minds Conference in New York, which we both attended. The conference was the first of its kind sponsored by the Heterodox Academy, an organization for university faculty that advocates for ideological diversity. It’s not an innately controversial concept: Hearing other people’s views, whether on a college campus or on the news, is essential for both avoiding confirmation bias and for understanding critiques of one’s own views. But perhaps predictably, it was pegged by some people (who were not there) as some kind of white supremacist, alt-right meet-up. This was patently ridiculous. Honorees at the event included Cornel West and a number of other people of color, and I highly doubt there was a single Trump voter in attendance (which, for the sake of viewpoint diversity, is a problem). But that did not stop people from tweeting to my employer that I was at a secret KKK rally because they saw my name in the program.

Still, there were no protesters in attendance and the conference itself was interesting, with sessions about, among other things, the role of administrators and professors in creating an environment in which people are free to express their opinions. But, more than the sessions, what I really got out of it was talking to people about how they’d ended up there in the first place. Everyone had a story, from a (queer, Latina) professor in Oregon whose classes were boycotted, to a professor in Virginia who was nearly pushed out of his school for criticizing a black woman’s scholarly work, to writers like Emily Yoffe, Jon Ronson, Jesse Singal, and myself, all of whom have been targeted for writing about inconvenient truths… but truths, nonetheless.

Meeting these people, I was reminded that while becoming the target of an online mob can be painful, it’s also hugely enlightening. I’m a queer women whose politics align pretty closely with Leon Trotsky, but when the left came for me last year, I began to see how orthodoxy on my own side stifles not just speech and expression, but ideas. Before, I judged arguments based on who was making them. If a conservative said something, I automatically dismissed it. Now I engage with the ideas themselves. I’ve left my echo chamber, which has given me a fundamental understanding of the world that I didn’t have before. In fact, I’m glad I found myself at the bottom of a dog-pile, and I think the best thing for society would be for everyone to go through the same. Luckily, the bar to end up trending on Twitter is so low these days that with one mis-tweet or culturally appropriated prom dress, you’ll end up there eventually, too.

So this is what I was doing yesterday—thinking about Heterodox Academy and defending Jesse Singal on Twitter—before I made my way downtown, to the 39th-floor penthouse where the $10,000 blunt was due to be smoked. I got there before the blunt did, and I waited outside on a rooftop deck with a stunning view of Elliott Bay. You could see Mount Rainier to the south, and the Great Wheel and the Olympics to the west. As I sat out there, waiting for the blunt to arrive, some cannabis industry types came out to join me. One lit up a joint, passed it around, and I started to think that a blunt covered in gold wasn’t such a dumb idea after all… especially if I got to taste it. And then, I did something really dumb: I checked Twitter. In the 20 minutes I’d been smoking weed and enjoying the view, I had more than 500 notifications. Some agreed with me about Jesse’s piece, but more were calling for my head, or, at the very least, my firing. Quickly, my mouth dried up and my palms started to sweat and I started to feel dizzy, and knew, just knew, that if I didn’t get off that building, I was going to somehow fall 39 stories to my death. Fast. So I left. Abruptly, and with no explanation to the kind people who had just smoked me out, I picked up my bag and got my ass to the ground floor as soon as I could. My heart palpitations didn’t stop until I was several blocks away.

Twitter alone didn’t give me a panic attack. Some strong-ass marijuana and a crippling fear of heights did that. But it definitely had not been good for my outlook on life. Twitter is toxic. It’s a platform where rumors, lies, and innuendo get turned into truth, where human beings get reduced to “garbage” and “trash,” where all nuance is lost in 280 characters or less. I hate it. But I’m not leaving, at least not yet, because the Nicole Cliffes of the world need to be called out on their bullshit, and I’m going to be there to do it. But still, I almost, almost smoked a $10,000 blunt yesterday, and missing that once-in-a-lifetime opportunity because I freaked out on a penthouse roof is certainly not my finest moment. So while I’m not giving up Twitter, and I’m not giving up weed, I am going to give them up together, at least when I’m 39 stories in the air. Besides, Xanax seems like the better drug to deal with the world’s problems right now anyway. 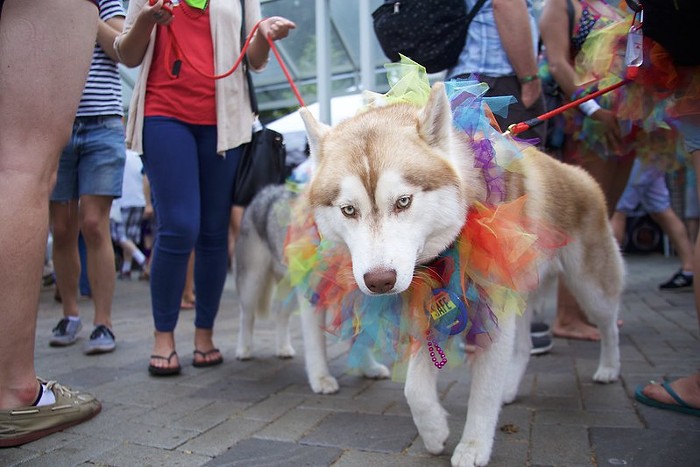 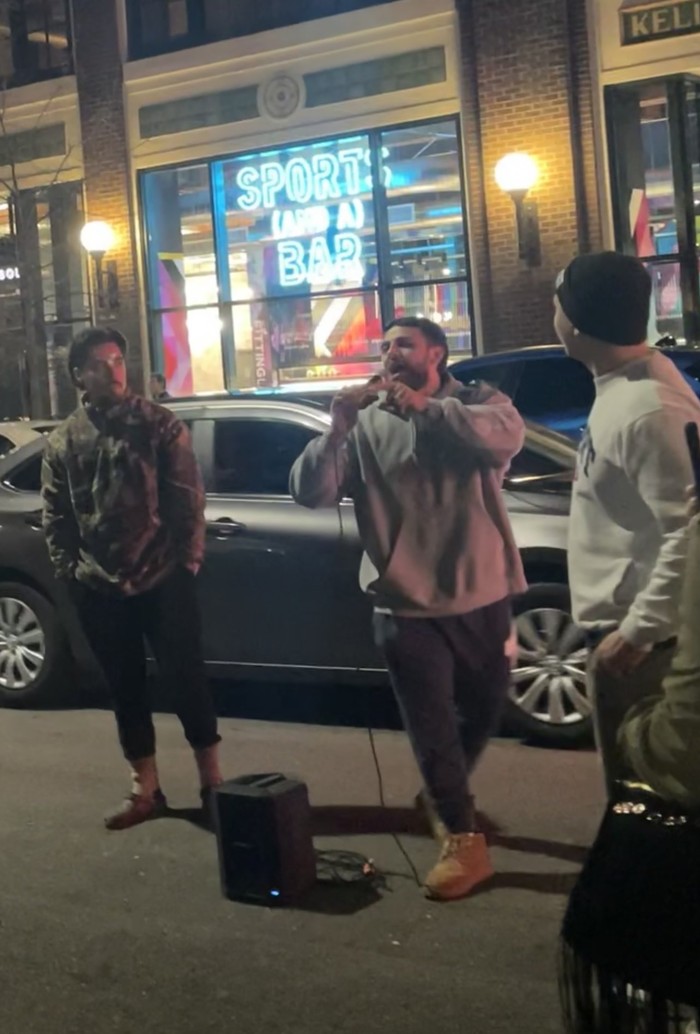