Death Cab for Cutie's Return to the Crocodile

Last night at the Crocodile, Death Cab for Cutie played a not-exactly-secret-but-still-hastily-announced show that had something for almost everyone in the crowd. Those of us who fell for them when songs felt like entries in a Best American Short Fiction compendium got a surprisingly healthy serving of now-classic indie hits—sick burns on Los Angeles, meditations on New Year’s Eve, half-conscious thoughts about long late commutes. The generation whose hearts were possessed by the band’s Overt Intense Feelings Era got all of the souls meeting bodies, promises of finding love after a one-night stand, cheerily scored ICU vigils, and death pacts that their fully functional normal-human-emotion-processing modules required. And people hungry for a preview of new material got to hear three new songs from Kintsugi, their next album, ahead of its March 31 release. On first listen, lead single “Black Sun” seemed to split the difference between these lyrical eras—musings on the mundane cruelty of fairness, garbage day, and that time-bending planet from Interstellar, with a just a dash of electronic texture. I’m terrible with set lists, but I don’t think that anyone got much in the way of Facts or anything about Airplanes.

I saw the band play in the much smaller showroom of the (original) Crocodile Cafe—amid its beloved and terrible sight lines, dusty papier-mâché, and unraveling-wicker-crowded showroom—in a fundraiser show right before they took Transatlanticism out on the road. Even then, well before they were headlining festivals and arenas, it felt like a huge deal to see them playing in the intimate setting of a venue that they’d long since outgrown. So it was no surprise when last night’s all-ages show sold out in under 15 seconds and that the place was packed with people drinking sodas from paper cups (all-ages, man) spilling the way from the edge of the stage (aka the “Gibbard Sweat-Splash Zone”) all the way back to the doors and under the VIP overlook.

As much as the small show was a treat for fans, it was clear that it was also a special occasion for the band. Before playing a solo acoustic performance of “I Will Follow You Into the Dark,” Gibbard emotionally recounted how excited they had been to drive down from Bellingham to headline a show at the Crocodile way back in 1998, saying that it remains their most memorable show and one that convinced them that they were a real band. The show also provided an introduction to the band’s two newest members. Joining in the wake of Chris Walla’s retirement from the band last summer, Portlandian Dave Depper (“the fastest guitar player in America”) and Los Angeleno Zac Rae (“America’s best bearded keyboardist”) are your newest Death Cabs for Cuties.

In a nod to that much-less-crowded/more-secret 2003 show, the band finished strong with an encore that included “A Movie Script Ending” and “Transatlanticism.” As well as the show was received, one also got the sense that a sizable portion of the older and wiser audience were pleased to be getting home at a reasonable hour on a school night. Snippets of overheard conversations on the way out: “I can’t believe how geriatric that made me feel,” “My back is killing me, man,” “I’ve seen them so many times, it’s hard to rank them.”

Oh, and as part of this assignment I was tasked with reporting on the State of Ben’s Hair: I can report that his locks remains strong, long, and lustrous. More pictures after the jump. 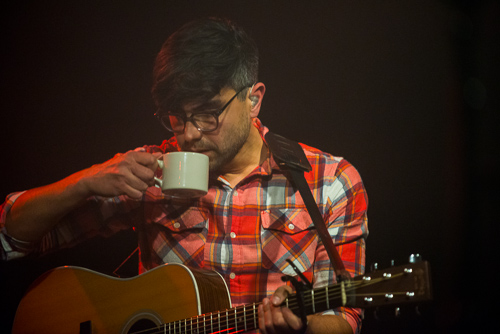 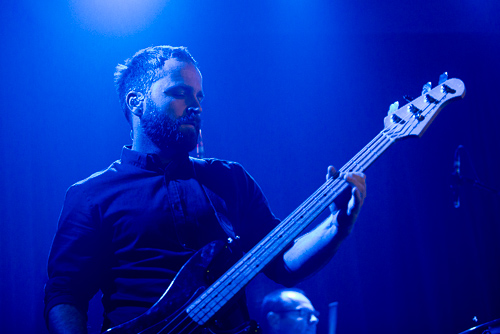 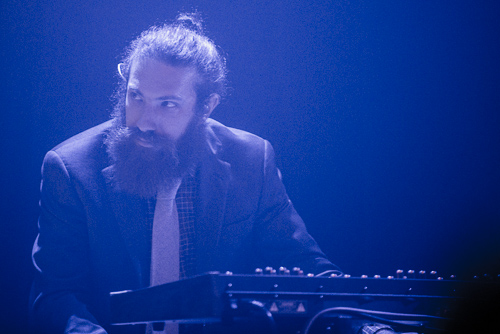 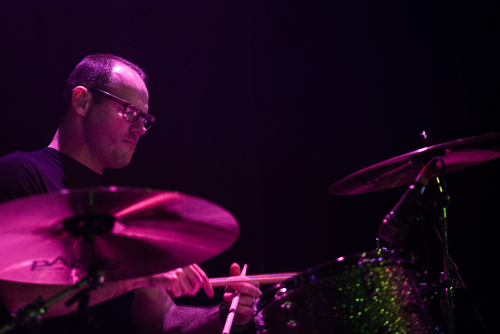 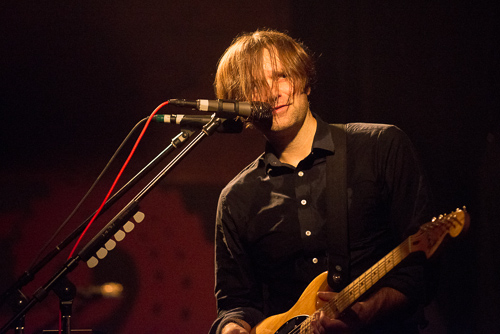 Comments 6
Tags: Music Blogs
The Stranger depends on your continuing support to provide articles like this one. In return, we pledge our ongoing commitment to truthful, progressive journalism and serving our community. So if you’re able, please consider a small recurring contribution. Thank you—you are appreciated!
CONTRIBUTE NOW