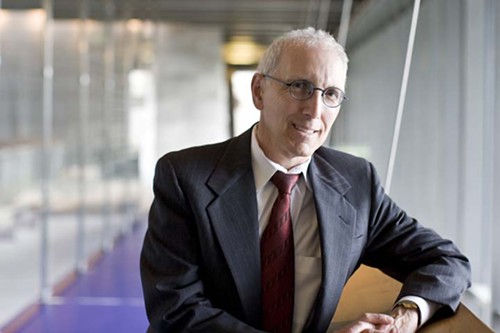 The city council is losing a veteran lefty. Under the council's new district system, some expected Nick Licata to run for one of two at-large seats representing the entire city. Council Members Tim Burgess and Sally Clark have announced their campaigns for both seats.

Because both Licata and current council member Mike O'Brien live in the District 6, this clears the way for O'Brien to run in the district.

“I’ve been lucky to have an exciting life filled with challenges taken on voluntarily, not out of hardship.

“Perhaps the greatest challenge we all face is the need to improve the lives of Americans who are seeing their future increasingly impeded by the outrageous growing concentration of wealth, and I would add power, in this nation.

“No one city can resolve this problem. But Seattle has done much in attempting to do so. I would like to play more of an active role in that effort. And see what I can do to have Seattle’s accomplishments duplicated elsewhere.

“I hope after my current term ends this year that I may have that opportunity in some capacity. So, I will not seek re-election.

“It’s a risky path to take. But I know I could not pursue this effort while remaining on the City Council and still do justice to performing the duties of a councilmember.

“All were made possible through a partnership between elected representatives and the people we serve.

“From visiting cities across the country, I’ve seen that we all share common issues. I have been intrigued by the challenge of creating a national network of elected officials and community activists to share and spread progressive and responsive legislation to tackle them.

“However I’ll remain an active citizen, continuing to work with those - both outside and inside government to make Seattle, as always, a better place to live and work.”

Comments 18
Tags: News Blogs
The Stranger depends on your continuing support to provide articles like this one. In return, we pledge our ongoing commitment to truthful, progressive journalism and serving our community. So if you’re able, please consider a small recurring contribution. Thank you—you are appreciated!
CONTRIBUTE NOW