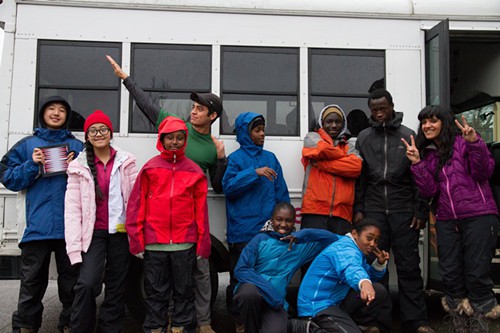 This afternoon, the Refugee Women's Alliance—one of the largest refugee and immigrant service providers in the region—closed early in anticipation of a protest against one of its head teachers, Deepa Bhandaru, for leading a discussion about free speech and religious pluralism in the wake of the Charlie Hebdo massacre.

The evening after the massacre, Bhandaru printed out some of the Hebdo cartoons—tame ones, not the more inflammatory, sexualized images—and brought them to a current-events workshop she teaches for 10 to 18 year-olds. The class had a discussion about the events in Paris, balancing freedom of religion with freedom of speech, and, as Bhandaru put it, "how we as Muslims or allies of the Muslim communities counteract these stereotypes." 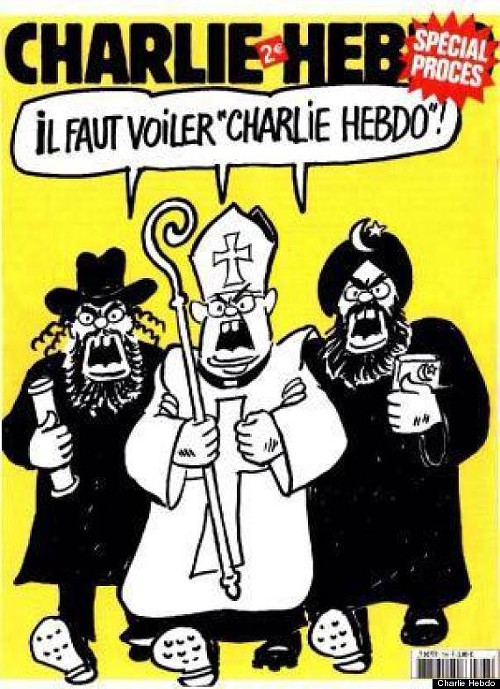 The following week, some Somali parents—not the parents of her students—submitted a letter to ReWA, demanding Bhandaru's resignation and claiming that she violated their religious freedom. Bhandaru apologized and explained herself in two letters: a 2,300-word one to her colleagues (in which she said the workshop itself went well, with students generally agreeing that "sometimes one person's freedom might offend another person, but that's the price we pay to be free") and a 500-word letter to the Abu-Bakr Islamic Center. "I have reached out to all of the Muslim youth in my program and their parents, apologizing and guaranteeing them that I will never make this mistake again," the second letter stated. "I am not the enemy here."

On Friday, Jan 16, an hour after Bhandaru took a flight to India, the Somali staff at ReWA staged a demonstration at the main office. They claimed that the multi-ethnic agency—which provides services in 37 languages at 10 different locations around the city—discriminated against Somalis and Muslims and chanted "Deepa's gotta go."

A local activist named Hassan Diis called for another demonstration this afternoon, telling The Stranger that Bhandaru's workshop "worries the entire community... this woman deliberately brought these pictures which brought the entire world anguish."

"There's a political vacuum in their community," she says. "There aren't a lot of organizations serving them except for the mosque. This seems like part of the growing pains of the community, trying to say: 'We're here, we want to be seen.' Which is legitimate. But the way they're doing it... For Hassan, maybe this is his Ferguson moment. He wants the spotlight."

Bhandaru says none of her students, nor the parents of her students, were unduly upset by the workshop—and that the demonstrators, many of whom aren't fully proficient in English, may not have been told the full story. "They've been manipulating the fact that the people don't speak the language," she said of the organizers. "The parents who are upset aren't the parents of my kids. They're trying to gain power politically, and maybe gain power within the agency."

Bhandaru—who acquired a Ph.D in political theory and was given an "excellence in teaching" award from the University of Washington—is currently on paid leave while the agency "investigates" the matter. Because ReWA is partially funded by city money, city investigators may become involved as well.

"Unfortunately, freedom of speech is always used as the fig leaf when people are bashing Muslims," says Jeff Siddiqui, head of American Muslims of Puget Sound. "If this was a deliberate act of provocation, I'd say fire her. Absolutely. But if now the person gets it and is contrite, I don't see why, because then we'd lose a good teacher."

After the first demonstration, one of Bhandaru's students—named Munira, a devout Muslim from the Oromo community—sent her a text: "That's just sad that you are trying to help them, they use that against you," she wrote. "I will pray for you for this drama to be over. It's just really sad seeing Muslim nowadays acting this way."

Disclosure: Deepa Bhandaru has written for The Stranger. This post has been updated.

Comments 48
Tags: News Blogs
The Stranger depends on your continuing support to provide articles like this one. In return, we pledge our ongoing commitment to truthful, progressive journalism and serving our community. So if you’re able, please consider a small recurring contribution. Thank you—you are appreciated!
CONTRIBUTE NOW