Seattle City Council member Sally Clark only has 10 more months to sit in that chair. City of Seattle

Another incumbent is out. Seattle City Council member Sally Clark, who was appointed to the council in 2006 and had filed for one of the two at-large positions in the city's newly districted system, said this morning she won't run after all. Her fellow council member, lefty Mike O'Brien, is now considering running for that citywide seat, according to his political consultant John Wyble. (And—update—so is M. Lorena González, a lawyer for Mayor Ed Murray. More on her below.)

O'Brien plans to talk with his family and supporters and will "make up his mind pretty quick," Wyble says.

Whether O'Brien jumps in will have another domino effect, likely determining which seat Jon Grant will seek. Grant is the very un-Clark president of the Tenants Union who recently announced he'll run for one of the two at-large seats, against either Clark or Council President Tim Burgess.

"My goal here isn't just to become a city council member," Grant told me this morning. "It's to establish the strongest progressive majority possible on the council... I want to wait to see if someone who shares my values and supports rent stabilization will run for that seat."

Indeed, he and O'Brien would make a formidable bloc—especially if joined by Council Member Kshama Sawant and someone like Lisa Herbold, the aide to Council Member Nick Licata who's running in West Seattle.

Clark didn't give any indication in her announcement about why she's decided not to run, saying only, "It's time for me to start a new chapter." Did Grant scare her off? He won't go that far, but says he thinks "my campaign can take some credit."

After nine years working for former council member Tina Podlodowski and in the city's Department of Neighborhoods, Clark was appointed to the council in 2006 when Jim Compton resigned.

Clark most recently helped lead the push for priority hire legislation, which is designed to get more people from disadvantaged neighborhoods hired on city construction projects. (O'Brien was the other big council advocate for this, so expect to see him bring that up if/when he jumps in in her place.)

In her announcement, Clark said she's "proud of having led the council’s adoption of incentive zoning to prompt greater production of affordable housing by the for-market development community." But that action is one of the very things that made her a target for Grant. Incentive zoning was at the center of a 2013 debate about how much the city should charge developers in South Lake Union if they don't set aside certain portions of their buildings for affordable rents. (The fees then fund affordable housing.) Grant criticizes Clark for pushing for a lower fee that's resulted in less money for affordable housing.

Over the years, Clark has also drawn ire from us for her fights with former Mayor Mike McGinn, her support of the downtown tunnel project, her inability to make up her mind, her trip to a Chamber of Commerce retreat, and for being all-around milquetoast. (Mayor Ed Murray, on the other hand, today called her "a leader who will dig deep into issues to bring clarity to the opaque." As far as we can tell, he's not being ironic.)

Now, with less than a year left on the council—and no election to lose—what should she focus on? Here's one idea: principal reduction, which reduces the size of home loans for homeowners who are facing foreclosure. Clark has already done some work for low-income people who need bank accounts and has since been looking into principal reduction. If she can make something happen on this issue, it could be huge for vulnerable people in this city. 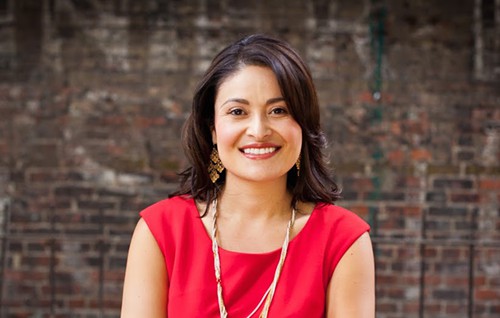 UPDATE: Soon after Clark's announcement, M. Lorena González, who's worked for the last year as legal counsel to Murray, announced she'll run in the race Clark bowed out of. González lives in West Seattle and will step down from her post to campaign. She's worked on the Seattle Police Accountability Review Panel and the Seattle Ethics and Elections Commission, and helped start a free bilingual legal clinic.

“I am excited for the opportunity to bring new energy, perspective and experience to the City Council,” she said in her announcement. “As Seattle grows and changes, I will be strong voice committed to protecting our diversity, affordability, and quality of life."

Comments 3
Tags: News Blogs City
The Stranger depends on your continuing support to provide articles like this one. In return, we pledge our ongoing commitment to truthful, progressive journalism and serving our community. So if you’re able, please consider a small recurring contribution. Thank you—you are appreciated!
CONTRIBUTE NOW