The Morning News: The Polar Pioneer Sneaks Out to Sea, and the Coast Guard Rounds Up Kayaktivists Trying to Stop It

The gigantic Polar Pioneer, the Polar Pioneer's two large tugboats, and a smattering of kayaktivists shortly after 6 a.m. Sydney Brownstone

City Council Member Mike O'Brien, Who's in One of Those Kayaks, Said He Was Willing to Face Arrest: "If that's what it comes to, yes," he told The Stranger.

The Goal Was to Stay Between the Oil Rig and Open Water as Long as Possible: As O'Brien said, "Who are we protecting, Shell Oil or the planet?"

Shortly After O'Brien Gave Those Quotes to The Stranger: He and his kayak were picked up by the Coast Guard and detained.

This photo was taken around 6 a.m. today. The banner has since been confiscated by police. Courtesy of Greenpeace

That ShellNo Banner Has Since Been Rolled Up and Pulled out of the Water: Along with many of those kayaktivists. Gotta clear a smooth path for Shell's planet-plundering rig, guys!

By the Way, Sydney Brownstone Has Been out on the Water Since Dawn: If you care about continuing developments in Shell's quest to drill for oil in the Arctic, Sydney's the single best person to follow on Twitter. 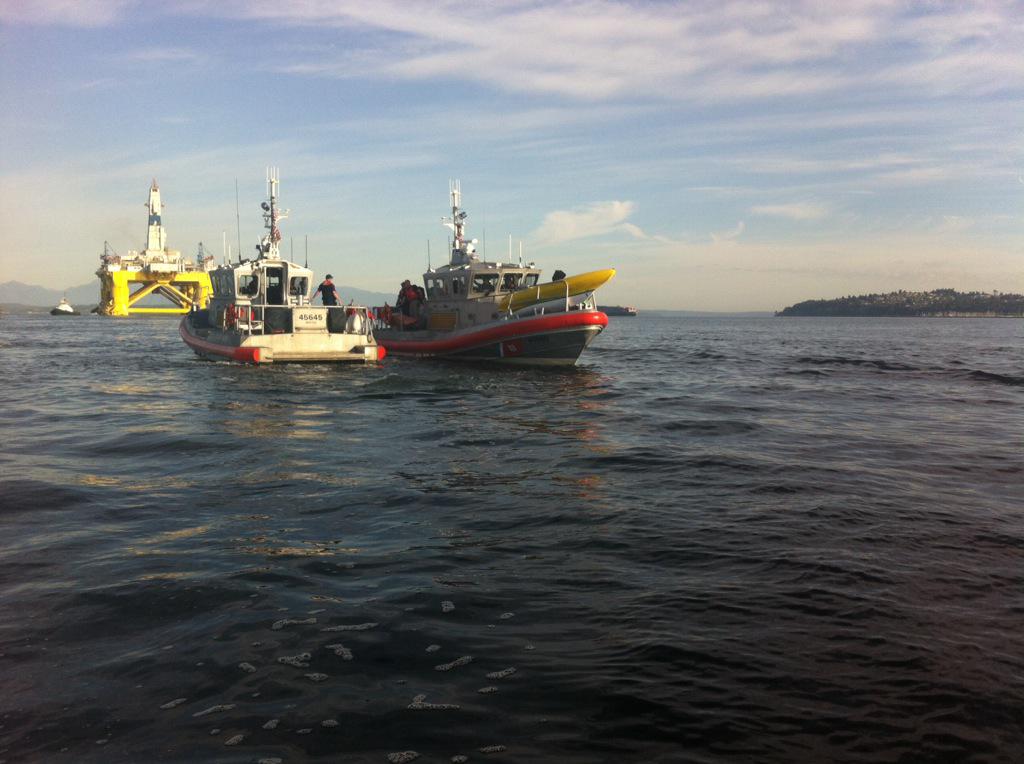 That's a US Coast Guard boat loaded with kayaks. While I was writing this Morning News, most of the kayaktivists you see in these pictures were rounded up and detained. Sydney Brownstone

Oh Yeah, and We Also Learned This Morning That Shell Just Secured Two More Permits It Needed to Drill in the Chukchi Sea Next Month: Fuck. Four more permits to go. 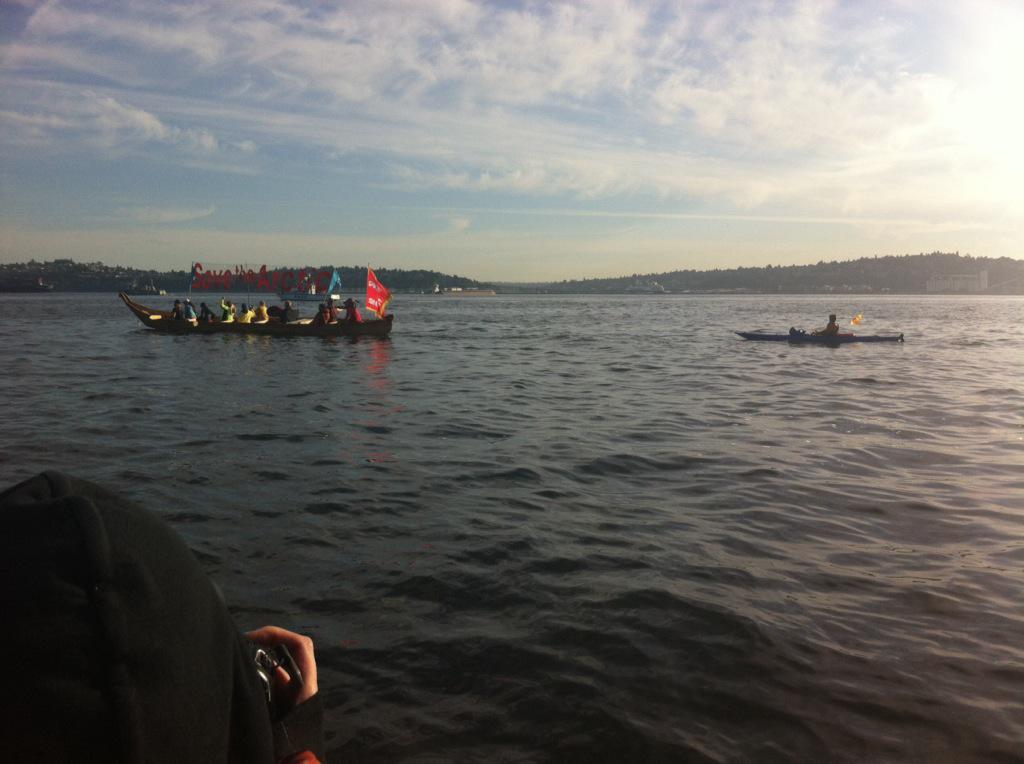 The protesters left on the water as of 7:30 a.m. included the folks in this Lummi canoe. Sydney Brownstone

The Skipper of the Lummi Canoe, Watching the Polar Pioneer Disappear, Says: "The bowhead whale, the gray whale are now in dire straits." He adds, "Although we didn't want to see the rig go, we have consideration... it gets there safe, they have families." He also adds, "It breaks my heart to see it go."

Here's the Former Mayor's Take on the Coast Guard and That SPD Boat:

In Other Global Climate News, the Pope Is Going to Release an Encyclical on the Theme of the Environment and the Poor: And people are saying it could put the church "at the forefront of a new coalition of religion and science." It's likely to bear "the fingerprints of scientists and theologians from around the world." The pope believes humans have "slapped nature in the face" and "exploited nature too much."

Specifically, the Pope Will Address How Rich People Will Be Prepared but Poor People Will Bear the Brunt of Environmental Consequences: "Officials can tick off myriad ways that the global poor bear the brunt of environmental damage and changing weather patterns, whether they are African farmers whose crops are destroyed by drought or South Asian farmers threatened by rising sea levels."

ICYMI: What Scientists Say Seattle May Look Like in 50 to 100 Years if We Don't Get Real About Climate Change: Speaking of flooding.

A friend who works in a downtown office building snapped this cell phone pic and sent it along with the message, "The rig is sneaking out on little cat's paws."

In Other Watery News, There Were Two Shark Attacks in Short Succession in North Carolina Over the Weekend: North Carolina, new worst state? First the religious conscience thing for Jesus freaks who don't want to process gay-marriage paperwork, and now people are getting their limbs chomped off by sharks. God works in mysterious ways.