Here's the good news: Seattle is done fighting over whether light rail is a smart idea or not. Voters like light rail. Our choked streets demand big investments in mass transit. Political leaders realize we can't welcome a million new residents to the region by 2040 without it. And everyone's cluing in to the fact that the challenge of spiking rents and rising income inequality can't be addressed without giving people a cheap, efficient way to travel from the still-affordable parts of this region to its increasingly expensive urban centers.

With that settled, the fight now is about how and where to build the next light-rail lines. Less than a year from now, in November 2016, a massive tax measure to build a bunch of new Sound Transit routes is going to appear on your ballot. You'll get to make a simple choice: yes or no. But if you want to weigh in on the more complex question of where those light-rail routes should actually go, you need to start paying attention right now.

The Sound Transit board is currently designing "Sound Transit 3," the 2016 light-rail tax package. It could end up costing around $27 billion—or more, or less, depending on decisions the board will make soon about new routes and the duration of the tax to fund those routes. Whatever the final decision, projects are not likely to start coming online until 15 years from next year's vote. However, the board's decisions over the next few months will determine whether light rail ends up coming to your neighborhood and where within your neighborhood it will take you.

These decisions are nuanced—official, set-in-stone route designs will happen after voters approve a package—but the board is, at this very moment, setting the general corridors for future light-rail lines (in a process that will continue over the next three months). There are lots of important projects the board is considering in the suburbs, and because those areas get to vote on this measure too, any final package needs to give them enough to get excited about. But here we're going to focus on a few of the key decisions to be made inside Seattle.

Chief among them: Will the agency dig a new transit tunnel under downtown? (A prospect that's expensive but pays off in terms of reliability and ridership.) And in neighborhoods like Ballard and West Seattle, which could get new light-rail service under Sound Transit 3, will the agency make choices that could make mass transit more reliable and useful to low-income people?

Below the maps you'll find the e-mail addresses and phone numbers of the people who represent the affected parts of Seattle and will be helping to make these decisions. Write them, and then write them again. And then call them, too. Between now and March, they'll be creating their draft plan for Sound Transit 3. Then they'll launch a more formal public feedback process. For more detailed maps, facts, and figures go to soundtransit3.org. 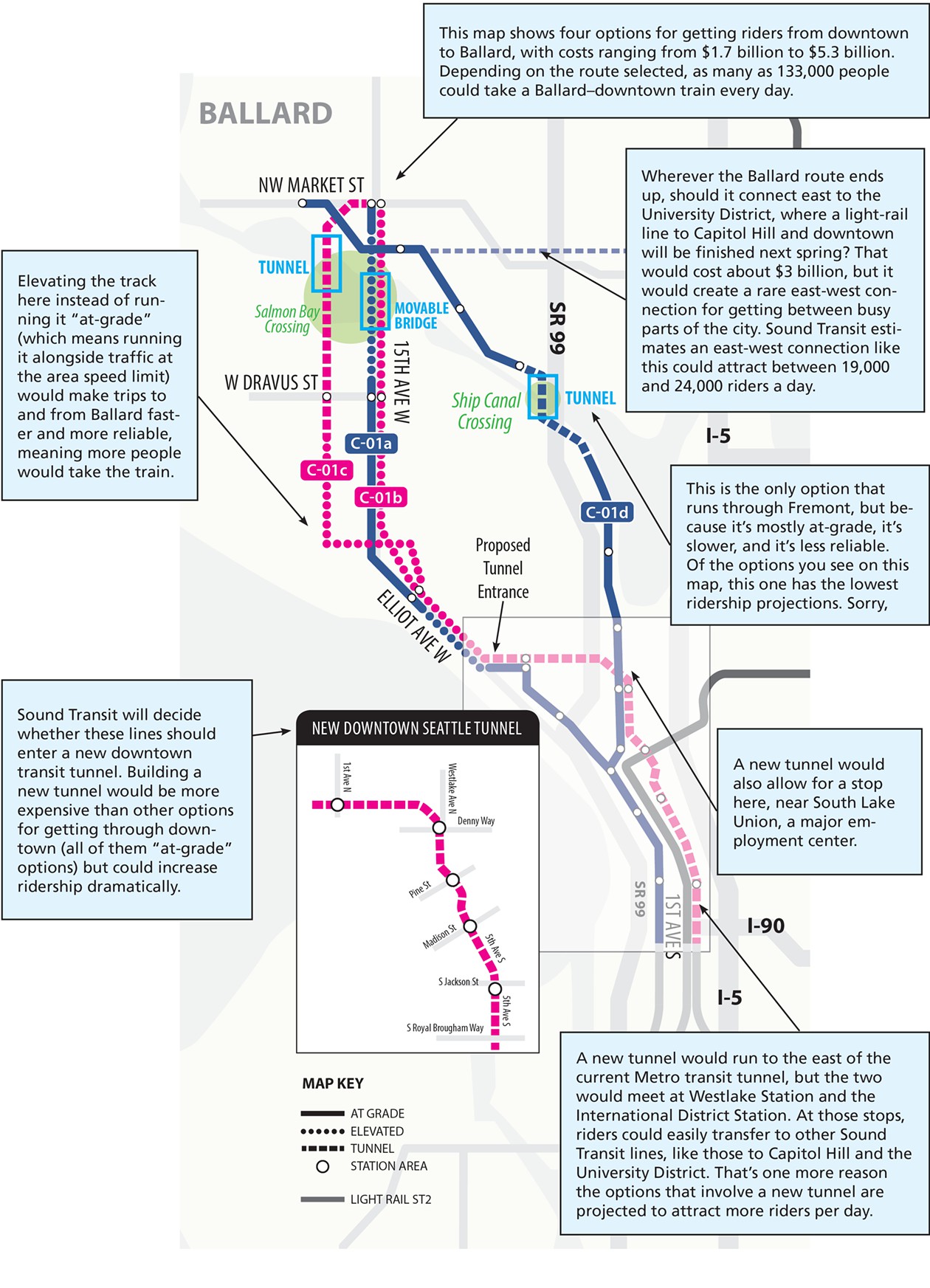 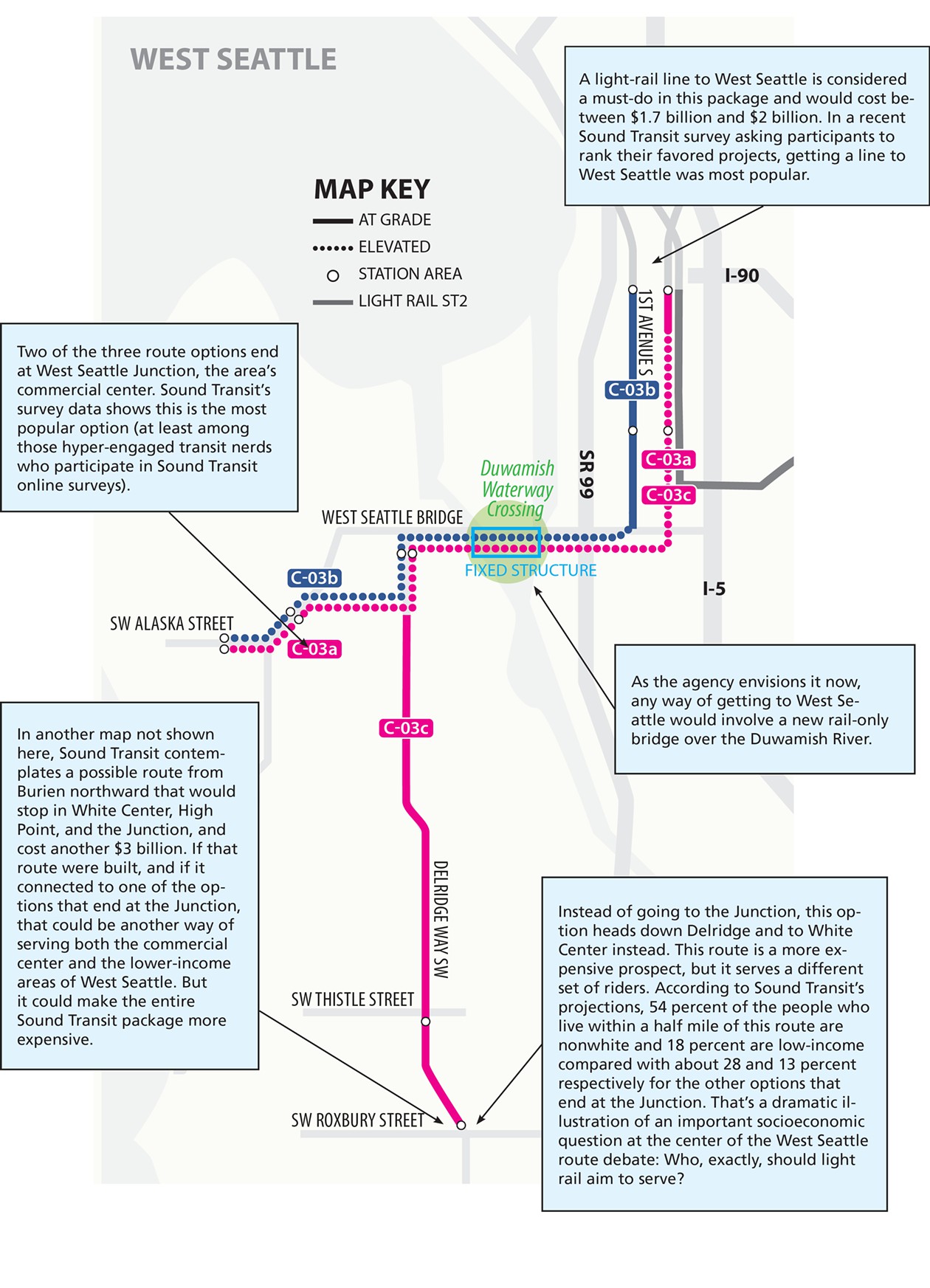 How to Start Fighting for Better Light Rail:

Comments 59
Tags: News
The Stranger depends on your continuing support to provide articles like this one. In return, we pledge our ongoing commitment to truthful, progressive journalism and serving our community. So if you’re able, please consider a small recurring contribution. Thank you—you are appreciated!
CONTRIBUTE NOW