Should We Help This Island of Rich People?

Magnolia's residents want a bridge they don't actually need, and it's going to cost the rest of us $400 million. 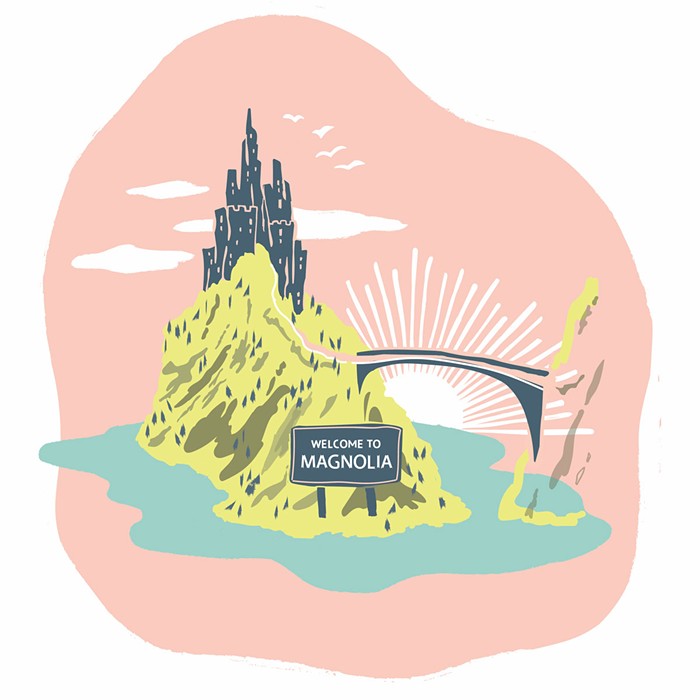 Politicians don't like to tell rich people no. This golden rule of politics is presenting a particularly difficult problem in the case of the Magnolia Bridge.

Local leaders have known for nearly 20 years that they need to tear down the dangerously damaged bridge. For most of that time, they have known that building an exact replacement is economically unfeasible. This bridge services a tiny portion of Seattle—it's the least-trafficked entrance into Magnolia, a wealthy community of about 20,000 people on a hill west of Queen Anne—yet replacing it could cost between $340 million and $420 million, according to the Seattle Department of Transportation (SDOT).

The federal government is unlikely to help pay for a project with such a minimal return on investment, and politicians haven't even tried to get Seattle voters to approve the bridge—probably because they know voters would deny the funding. So the city has simply kicked the can down the road for more than a decade to avoid confronting a problematic political reality: telling these rich folks no.

It's entirely likely that you have never been on the Magnolia Bridge. For the uninitiated: It's a raised roadway that connects the southern end of Interbay to the high bluffs of southern Magnolia. An SDOT survey in 2018 conducted by workers stationed throughout southern Magnolia found that only 11 percent of people there were visitors who neither lived nor worked in the neighborhood. (The same survey done in Ballard found that 42 percent were visitors.)

Magnolia is a particularly insular community of rich people (the average home price is $934,100, according to Zillow), and of the three entrances into the neighborhood, the Magnolia Bridge is used the least. Only about 17,000 vehicles per day travel over the bridge, according to SDOT data collected in 2017.

When SDOT told Magnolia's residents last June that they were studying cheaper alternatives to replacing the bridge, the millionaires erupted in anger. Politicians jumped into action. Lawmakers from the King County Council, the Seattle City Council, and even a state legislator jumped to the bridge's defense. The Seattle Times editorial board wrote that the city must replace the bridge because it was part of a "crucial transportation system."

The 89-year-old bridge needs to come down—it was badly damaged during a 2001 earthquake and an earlier landslide—but the statistics collected by SDOT don't make a strong case for getting the federal government to help, according to Wes Ducey, SDOT's project manager for the bridge. "Grant opportunities are competitive... [and] not having upfront funding for a portion of this bridge and having it be a bridge that serves a lower traffic volume that isn't on a heavy transit or freight corridor doesn't make it competitive," Ducey said.

Supporters of the replacement option point to a 2015 SDOT study that called for replacing the bridge, but this report essentially presupposed that the old bridge will be supplanted by an equivalent (or bigger) roadway. The study looked at 25 bridge concepts and one "no build" option, and then evaluated which one would "provide equal or better" vehicular access to Magnolia. It should surprise no one that the "no build" option didn't fare well.

The study also seems to have gotten some facts wrong. The authors wrote that "the bridge is an important route for emergency services," but Ducey told me that the majority of emergency calls are handled by fire stations inside Magnolia. Any additional calls are fielded by a fire station in Ballard, which means they would be dispatched from the north and so not use the Magnolia Bridge.

Seattle could pay for a replacement without funds from the federal government, but there doesn't even appear to be a local appetite for funding this bridge. City leaders have decided not to put the bridge's replacement in any of the recent transportation levies. Dawn Schellenberg, a spokesperson for SDOT, said the replacement bridge was likely left out because the people who decide these things— including SDOT's leadership, the city council, and the mayor—didn't think voters would approve the roughly $400 million project.

"You would need to put out a levy where 50 percent of [the funding package] is for one bridge and 50 percent of it's citywide. I just don't know if it would pass or not," Schellenberg said.

Now SDOT is studying other options that would increase the capacity of Magnolia's other entrances. There's also the option of a new, smaller bridge in a different location. Initial estimates for these options range from $170 million to more than $300 million, meaning even the compromised options will be expensive. SDOT plans to release its complete analysis of the options in April.

It's difficult not to see the parallels between the Magnolia Bridge project and the Alaskan Way Viaduct. Both situations started with precisely the same fact: An aging bridge needing to be demolished. Our political leaders decided to replace the viaduct with a billion-dollar boondoggle for cars, but a similar solution doesn't need to happen for Magnolia. In this time of climate change and rampant inequality, why should we be building automobile infrastructure for the landed gentry rich enough to live in Magnolia?