Stop Going Rogue and Pooping Everywhere During the Tulip Festival 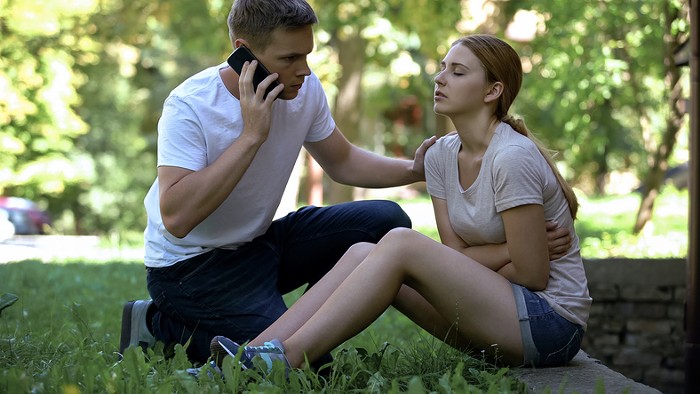 Hi, 911? Yeah, I caught another lady shitting in the field. Motortion/Getty Images
You know that scene in Two Weeks Notice when Hugh Grant and Sandra Bullock have to race through bumper-to-bumper traffic so that Sandra's character doesn't shit her pants? "Taking Care of Business" starts playing and Grant (unrealistically for his slender British frame) fireman carries a praire-dogging Bullock to an RV stopped ahead of them and thus, to salvation.

While we've all felt nature's urgent call, a crippling need to drop the anchor, this has always seemed like hyperbole. Except, dear reader, I'm here to inform you that it's not. In fact, similar situations to this one, with far messier denouements are playing out every day at the Skagit Valley Tulip Festival.

"It happens all the time," Karen Dubose, Pollution Identification and Correction Coordinator for Skagit County Public Works said. Just the other day "Someone pulled over in the parking lot and leaned their kid out the door."

People are pinching loaves in public.

"There’s a lot of things that happen in that parking lot," Dubose said of the lot outside the Skagit Valley Tulip Festival.

Dubose is working to promote the Poop Smart campaign, a partnership between Skagit County, the Washington Departments of Ecology and Agriculture, the Skagit Conservation District, and others. Poop Smart has been around for over 10 years. The goal is to limit fecal matter contamination. It was born out of The Clean Samish Initiative to protect local shellfish.

The informational flier going around. Courtesy of Poop Smart
It seems simple, but you just can't shit in the woods. Similarly, you can't drop a deuce in a tulip field. No matter how badly you have to go.

"A lot of people don’t realize that they’re going to get caught in traffic especially during those busy hours between Mount Vernon and the tulip fields," Dubose said. "It could take an hour."

That's why you've gotta remember to do your business in town before you get to the tulip fields. Eli Sanders, The Stranger's Associate Editor, said he got stuck in traffic going to the tulip festival one year. He didn't poop his pants, he said, but he definitely waited for a long time.

"People have gone in front yards, dirty diapers are being left in places they shouldn't be," Dubose said. "We grow a lot of potatoes here and people will run off into a field and do their business there; it’s a serious public health concern."

If it's an emergency, if you're absolutely crowning and there's no way to stop labor, rummage around for a bag. Shit in it like the dog you are and throw it away. Or, dig a cat hole. Burying poop is fine. Though, that might be hard to do when you're not in the woods and, instead, in the festival's parking lot.

Dubose is trying to get the word out about all of this. It's really a movement for bowel movements.