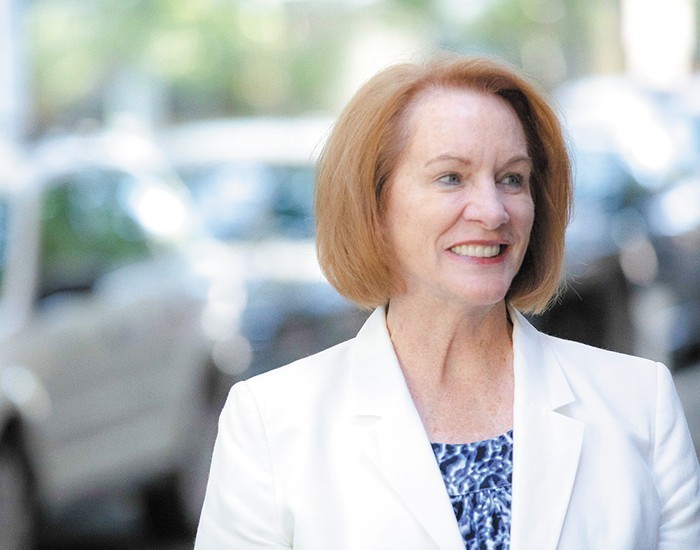 Did our last mayor commit a felony? It'd be nice if we knew. Lester Black

When Mayor Bruce Harrell campaigned for the top job in City Hall last year, he made a bold promise: “We will not be afraid to examine our City’s frailties as this will be a first step in healing as a city.” If he wanted to make good on that promise, then he could tell the City Attorney and/or the Seattle Police Department to investigate his predecessor for potentially committing a felony in office by deleting texts about the police response to the 2020 protest, but apparently that's a "frailty" he's too afraid to examine.

The Times is right about the need for somebody to start an investigation, but the inaction so far reveals a bigger problem with the state's Public Records Act (PRA).

The current structure of the Public Records Act makes this game of hot potato possible. While the law makes “willful” destruction of a public record a class C felony, it doesn’t explicitly name the office or agency responsible for investigating the person who destroyed the record.

That might be because this portion of Washington's criminal code hasn't been substantively updated since 1909. If state lawmakers had been attending to this area of the law over the years, then local newspapers wouldn't need to pressure local officials to enforce it. But we shouldn't be surprised. After all, we're talking about a group of people who tried to exempt themselves from this law.

That said, the lack of specificity in the PRA is an understandable oversight, since the law mainly aims to ensure that the public remains informed about the operations of our government. Nearly all public records violations arise from a failure of an agency to comply with the law, so enforcement typically takes the form of a civil lawsuit against the offending agency as a whole. The PRA specifically grants people who don’t receive records on time—such as journalists, nonjournalists, or your friendly neighborhood abolitionist—the right to sue in superior court, but only as a civil matter.

In situations like the current controversy over the deleted texts, the law's vagueness leaves members of the public and civil investigators alike without clear direction. The only investigative body to look into the deleted texts expressly avoided the question of how the texts went missing in the first place. And at least one police accountability activist told me that in July of 2021 local law enforcement gave them the same run-around that the Times described in Wednesday's op-ed.

Updating the PRA to specify the person responsible for investigating violations as a criminal matter would not just end this latest round of finger-pointing among political allies. It could also deter politicians from dumping records in the future.

That lack of a criminal enforcement mechanism undermines the deterrence value of making public records destruction a felony in the first place. According to the Department of Justice’s survey of criminal justice literature on deterrence, people considering violating the law typically weigh the certainty of being caught much more heavily than the severity of a possible punishment.

Without any real threat of individual liability, the cost-benefit analysis for an elected official considering whether to destroy potentially damaging public records is simple. If anyone even discovers their misdeed, a rough news cycle would be their only punishment. But if they knew that a specific law enforcement agency would have to investigate the destruction of the public records at issue, then that cost-benefit analysis changes dramatically.

So, yes, we should all join the Times’ clamoring for some truth and reconciliation over how city leaders mismanaged the police response to the 2020 protests. But if we stop there and don’t fix the structural issues that got us here, then there’s no reason to believe elected officials will suddenly become paragons of transparency on their own accord.