As a member of the Housing Development Authority, LIHI was lumped in with the anti-PDA crowd. No longer. 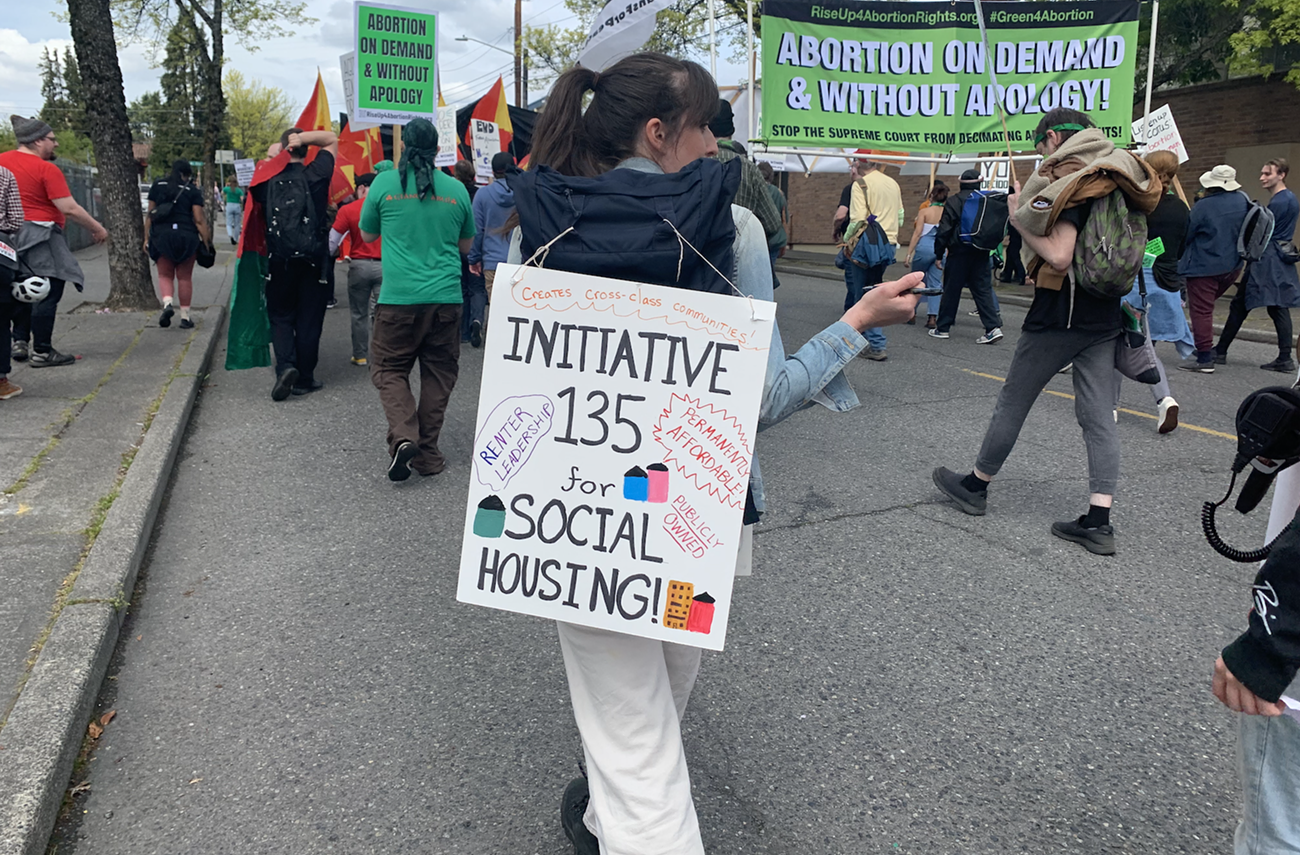 With thousands of signatures left to collect in the next few days, LIHI is here to help! HK

On Thursday morning, the Low Income Housing Institute (LIHI) announced its endorsement of Initiative-135,  despite the Housing Development Consortium (HDC), which it is a member of, previously speaking out against it.

House Our Neighbors! (HON), a political committee of Real Change that organized against Compassion Seattle last summer, filed I-135 to establish a public development authority (PDA) that, once funded, would build and maintain social housing. The authority would have the potential to disrupt the for-profit market and the practice of commodifying the necessity that is housing.

HDC, a key player in creating affordable housing in Seattle, spoke out against the initiative in April. The consortium claimed that HON’s efforts “undermine the legitimacy of existing public and non-profit organizations.”

HDC caught some flack for their criticism of I-135, but it was not lost on HON that HDC also harbors for-profit interests.

“Look at the groups behind HDC. It’s non-profits definitely, but also banks, investors, for profit developers, and also cities,” said Tiffani McCoy, the advocacy director at Real Change and co-chair of HON.

According to its latest report in 2020, HDC membership is nearly equal parts non-profit services as it is construction and banks.

“We know the Low-Income Housing Tax Credit [LIHTC] has been very lucrative to investors, banks, and for profit developers. And LIHTC finances the vast majority of affordable housing," McCoy said. "Social housing doesn’t depend on this tax credit, so yeah, I’d say folks profiting off this tax credit are going to do what they can to preserve the status quo of affordable housing finance."

Not all members of HDC agreed with the stance. Soon after the consortium released its statement, Ben Maritz, founder of Great Expectations, tweeted, “HDC coming out against #socialhousing is sort of weird and ignores the fact that affordable housing funding has pretty much tripled in the past two years (with the addition of MHA and JumpStart). We should absolutely be using that funding to innovate.”

Similarly, on June 10th, LIHI’s board voted unanimously to endorse I-135. Although LIHI is a member of HDC, Johnathon Grant, the chief strategy officer at LIHI, said that the consortium did not include the institute in the decision to advocate against I-135.

Unlike HDC, which worried that the PDA would take money from the small pool of resources, LIHI argued the PDA would be additive because it could bond against future rental revenue.

“There are simply not enough tax credits or subsidies to meet the enormous demand for more affordable housing. We need a new approach. Cities across the world have successfully used the Social Housing model to reduce displacement and housing speculation; Seattle should join their ranks,” said LIHI’s executive director, Sharon Lee in a press release.

LIHI also rejected the notion that the initiative would interfere with the Seattle Housing Levy, which will be up for election next year in 2023. Grant said the board did not view it as a legitimate concern because the issues will not be on the same ballot.

According to a press release, LIHI has now requested that the consortium and all other affordable housing providers endorse I-135. Grant said that LIHI will distribute petitions at its properties to collect signatures from its residents.

As of Wednesday afternoon, HON said it had collected just over 19,000 signatures. The City requires 26,000 to get on the ballot, but because many get thrown out in the verification process, 35,000 is usually the safety number organizers shoot for. With just days left to gather signatures, Grant said, “whether they get the signatures or not, we think it's the right thing to do to endorse the initiative and advocate for it.”