All to Save a Fraction of SPD's Budget 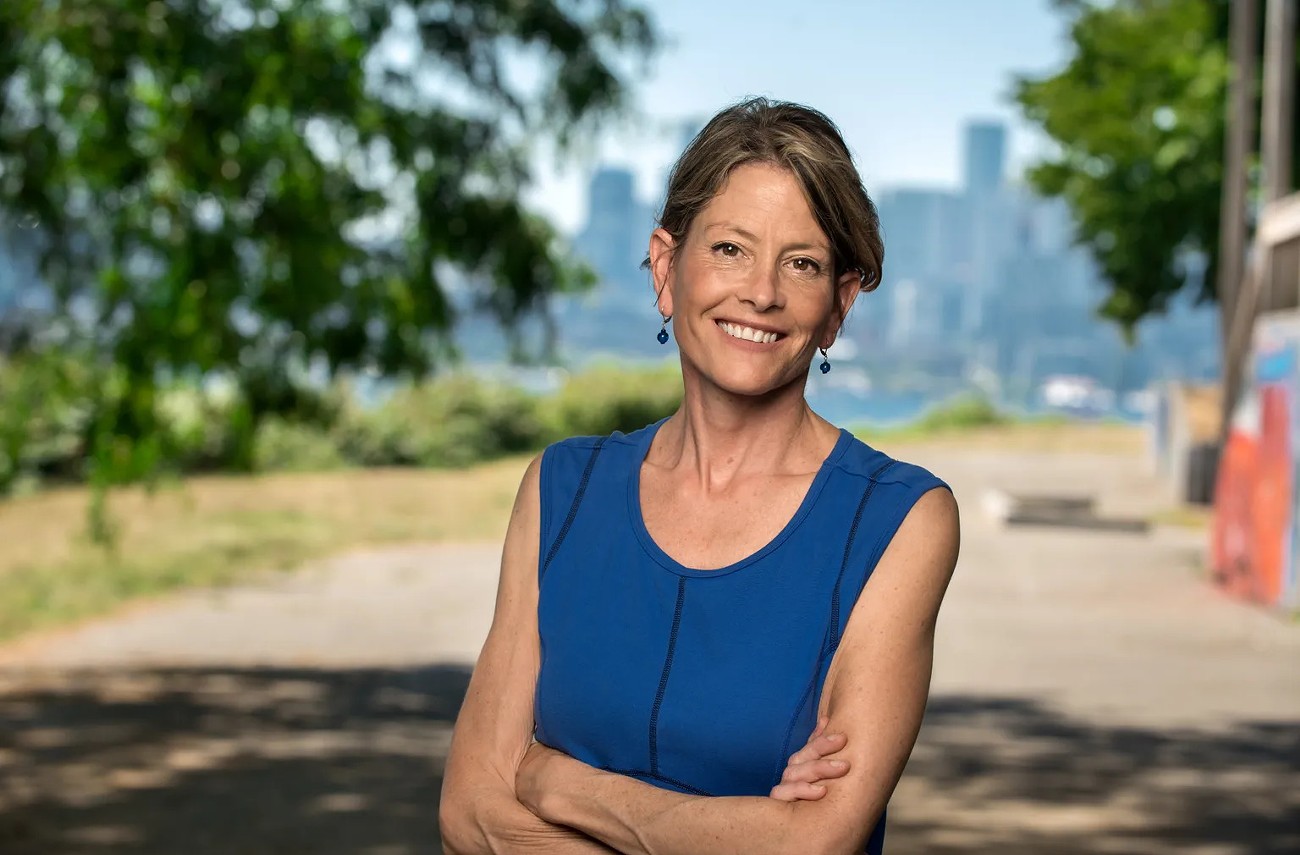 The egregious misconstruer. City of Seattle

During the Seattle City Council’s final round of budget negotiations, Council Member Sara Nelson argued against an amendment to reroute $500,000 from the Seattle Police Department’s advertising budget to the Northwest African American Museum (NAAM) for badly needed repairs, claiming the President and CEO of the museum told her in a phone call that she was “disappointed” the funding would come at the expense of SPD.

However, LaNesha DeBardelaben, NAAM President and CEO, said Nelson “egregiously misconstrued” her response, adding that the museum had “no preference” about the funding source.

Nelson did not respond to my request for comment. I will update if she does.

“I would never go against any amendment that invests $500,000 into the Northwest African American Museum,” DeBardelaben said in an email. “... NAAM is a cultural gem for children, for elders, for families, for artists, for the constituents of all city council members, and for everyone.”

Council Member Kshama Sawant proposed the amendment, which would have allowed the museum to make “extensive repairs” to reopen on Martin Luther King Jr. Day of next year while still leaving the cops with a $1 million advertising campaign budget to attract new recruits during a nationwide cop shortage. Like so many cultural institutions, NAAM closed its doors during the pandemic.

The proposal could have quietly failed with only Council Members Sawant, Teresa Mosqueda, and Tammy Morales in support, but instead Nelson piped up to justify her “no” vote by characterizing DeBardelaben as being more concerned for SPD funding than for her museum.

In the public meeting, Nelson said she called DeBardelaben to express her reluctance to support the museum at the expense of SPD recruitment. She then attempted to speak for DeBardelaben, claiming that the President and CEO did not know the money would come from SPD. She went on to say that the funding source “disappointed” DeBardelaben because, as Nelson put it, “the museum relies on SPD partnerships for a lot of things and knows that they need more officers.”

While DeBardelaben confirmed she did not initially know that the proposed funding would take some of SPD’s advertising budget, she said, “We have no preference from whence the funds to NAAM would come.”

DeBardelaben did not respond to direct questions about the SPD partnerships or Nelson’s assertion that she wanted SPD to hire more cops. I will update if she responds.

Even though the council rejected the amendment, DeBardelaben said she and the museum staff hope that the City Council will still find a way to “fully fund” the museum’s $500,000 request.

Sawant's amendment came as a walk-on in the final meeting of budget negotiations, and only about half of those last-minute proposals made the cut this year.