I Did Not Feel the Presence of God 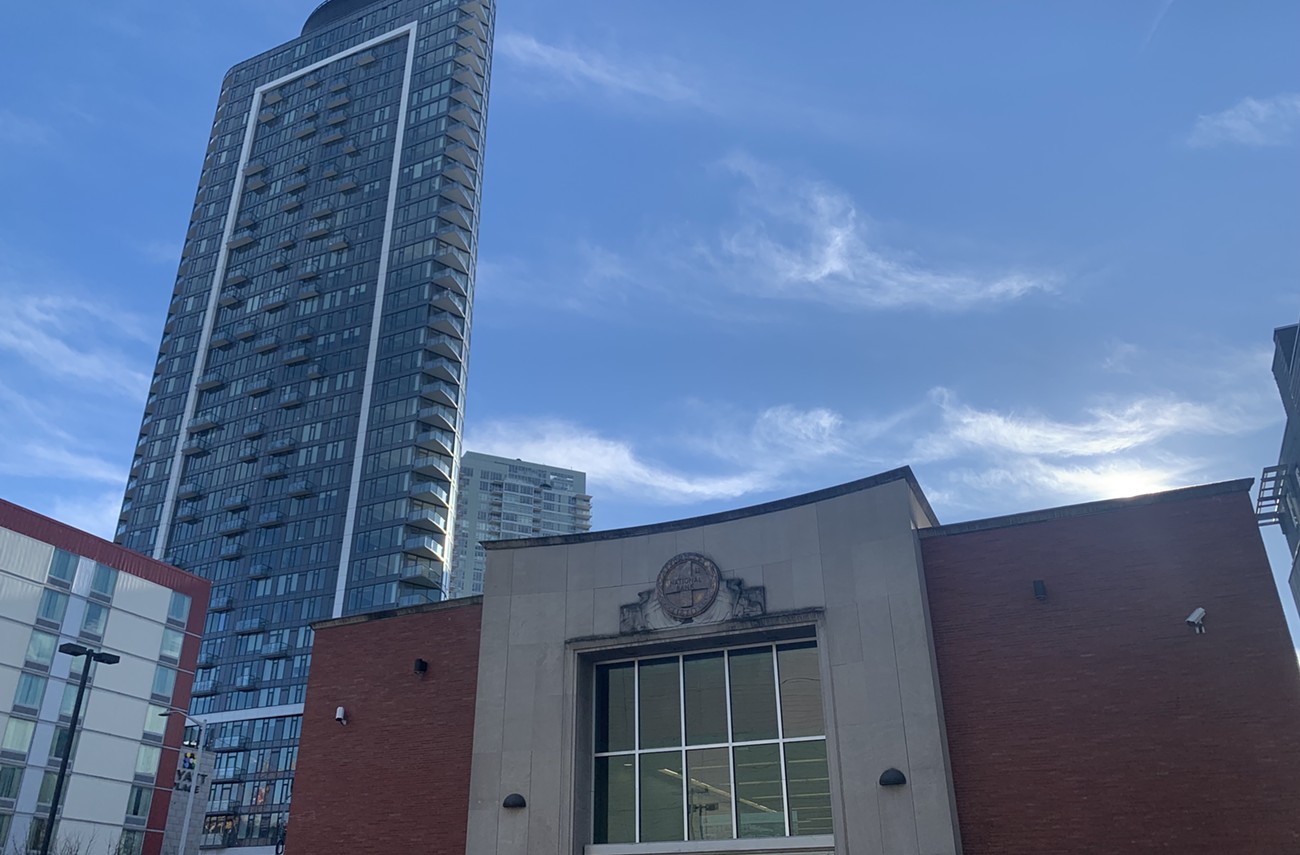 A midcentury monument to retail banking and place to buy stuff to clean your bong. HK

On Wednesday morning, I expected to see a line out the door at the historic Walgreens on 6th and Denny. But only a handful of sightseers trickled in, leaving in a hurry with prescriptions and greeting cards.

I heard no “oohs” or “awws” as customers glanced at the entryway, the preserved facade of the Seafirst National Bank. I saw no moms insisting on snapping a photo for the scrapbook in front of that hallowed monument to retail banking. I dodged no flock of elementary school students on a field trip to tour this precious stone buried among the unsightly towers of housing that surrounded it on all sides.

I could hardly approach, awestruck as I was by its majesty. Standing before the edifice, I tilted my head up slightly (very slightly) to take in all of its single-story glory. I felt truly humbled to be a rewards card member at a landmark that puts the Eiffel Tower to shame, that outshines the Chrysler Building, and that makes the Great Pyramid of Giza look like a dusty chain pharmacy–oh, wait.

I walked in the door and it was just a Walgreens. The store was a little bigger than the location in my neighborhood. It had a wider selection of chips and a pretty good deal on Miralax. But the souvenir section in the store didn’t have any snow globes with a little bank-turned-pharmacy-and-convenience-store inside.

“Oh, it's a landmark?” the cashier exclaimed when I told her that her workplace was designated a landmark in 2010. A proud smile crept across her face. “That’s kind of cool.”

But the landmark status becomes much less cool when you remember the crushing reality of the housing crisis.

The Walgreens site got rezoned in 2017 to allow for 160 ft of vertical development. By Council Member Tammy Morales’s estimation, preserving the building could one day prevent potentially 30 to 60 units of housing. And, as Council Member Teresa Mosqueda said during yesterday’s council meeting, protecting the bank could cut a future project's contribution to the Mandatory Affordable Housing program in half.

On Tuesday, the Seattle City Council showed its NIMBY ass by voting to prevent any changes to the landmarked Walgreens in South Lake Union because the neighborhood character crowd thought the pharmacy’s Seattle-First National Bank siding and the little drive-thru looked kinda dope.

The council’s decision still allows for development on the pharmacy’s parking lot, drive-thru, and breezeway, and the Seattle Landmarks Preservation Board could grant changes to the building if the owner asks really nicely. Still, the measure's opponents, Council Members Morales and Mosqueda, argued that a Walgreens should not be prioritized over additional units in the face of a housing crisis.

We are in a housing crisis.

While I've passed every piece of landmark legislation that's come before my committee, it's not good policy to sacrifice the potential for hundreds of homes in the densest neighborhood in Washington State to protect a Walgreens. https://t.co/PkG7IKNlWE

Some customers at the landmark Walgreens shared the council majority’s admiration for the midcentury architecture.

Brandon and Luke went to Walgreens on Wednesday looking for isopropyl alcohol to clean a bong. The two young men were surprised to learn the building held landmark status, but they did admit they had taken notice of the Walgreens’ unusual architecture.

I asked if the building, which, as Erica C. Barnett pointed out, is not at all unique in Seattle or Washington, should be preserved at the expense of additional housing. The two men thought it over but eventually admitted they were not housing policy nor Seattle history experts.

“If [development] comes with its own benefits and perks, by all means, go for it. But if it's like, sacred, like, why tamper with it?” Brandon said. “There's only so few [old] things that are still left around.”

Morales and Mosqueda argued the former bank was not “sacred,” as Brandon put it, at all.

In the meeting Morales proposed the council let the Walgreens remain a landmark but take away the “controls and incentives” that make it harder to change or tear down the building and give the owner tax breaks. This way, the owner of the property could develop without getting a Certificate of Approval from the Seattle Landmarks Preservation Board.

Herbold proposed an amendment that maintained the controls and incentives for the former bank building but excluded the parking lot, drive-thru, and breeze way. She convinced herself that her limitations would actually increase the amount of housing possible on the site, but Publicola reported that her math pretty much sucked.

The council sided with Herbold because they liked the way the building looked, or in Sawant’s case, they didn’t want to make things easier for corporate developers, even if it's to the detriment of density.

In an email to The Stranger, Herbold said all this hub-bub from density advocates in response to her amendment was “purely speculative.”

This will likely be the last location of the chain pharmacy Herbold saves. She won’t seek re-election in 2023, and District 1 can replace her with someone who takes the housing crisis seriously.