Is He a Democrat? A Socialist? "IT'S A NONPARTISAN RACE." 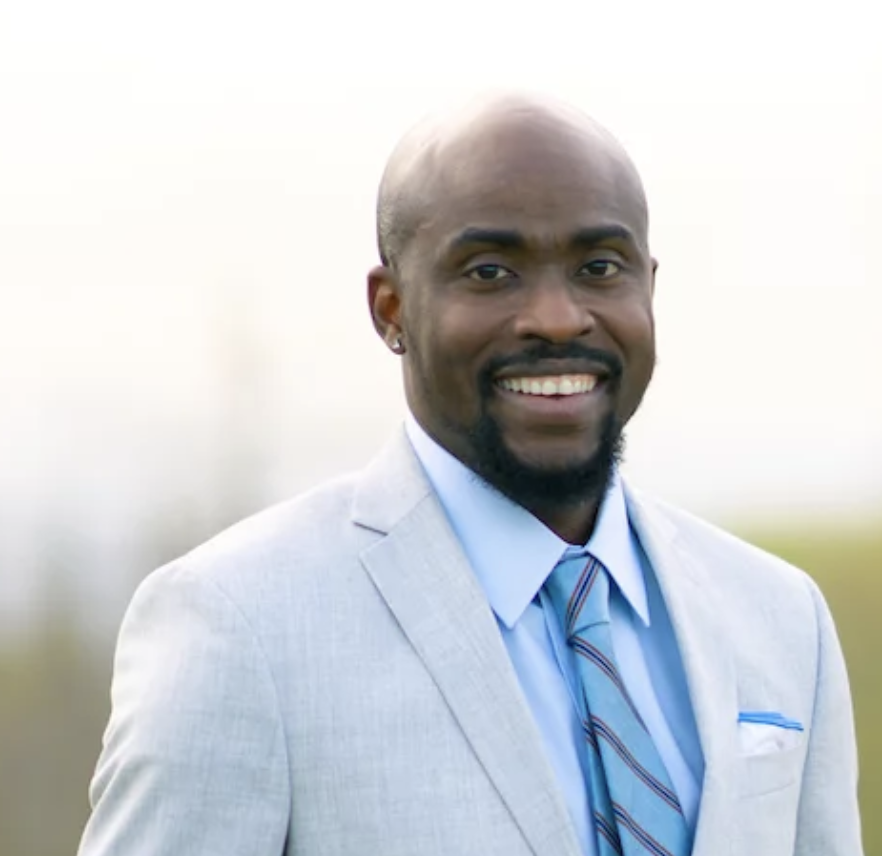 Ashiofu aims to lead with lived experience, and he's got plenty of it. Courtesy of Friends of Ashiofu

Fresh off his run to represent the 37th Legislative District in the State House, Ashiofu said he wants to bring his unique experience to the Council. If he joined the body today, he would be the only Black member, the only openly HIV-positive or queer member, and the only member who has disclosed that he was previously homeless. On top of his lived experience, Ashiofu would also bring progressive proposals to the city’s most hotly debated issues: housing and policing.

Ashiofu said he likes to think of himself as a fighter because he’s had to fight for so much–including a roof over his head. In 2010, his family kicked him out of the house after he told them he was gay. He couldn’t find work, he couldn’t pay rent, and he became homeless. He relied on internet access at the public library to apply for jobs and to find resources to get him back on his feet. But that experience taught him that the real solution to homelessness isn’t just an internet connection–it's a housing-first approach.

“All I needed was one person to give me a roof and an opportunity to get myself together,” he told The Stranger in an interview. “I don't buy into the ideology that homelessness is caused by drugs and mental health issues. Homelessness is due to housing affordability, due to housing accessibility, and housing availability.”

Ashiofu wants to make major changes to the housing stock in Seattle to make the city more affordable. He supports Initiative 135 to establish a Public Development Authority and eventually produce social housing owned and operated by the city government. He would use his power on council to fund that authority and work toward a model similar to Amsterdam’s 40-40-20 rule, which requires new housing projects to consist of 40% social housing, 40% affordable housing, and 20% market housing.

That goal seems a ways off for Seattle. If I-135 passes, there’s no telling how long it would take to scale from 0% social housing requirements to 40%. The Mandatory Housing Affordability program only requires developers to make between 2% and 11% of their units affordable depending on the neighborhood, and most developers opt to pay a fee instead.

But in the meantime, Ashiofu wants to increase the production of affordable housing. He would support an increase in the JumpStart Payroll tax to do that, and he would also propose removing barriers for renters, such as credit checks in tenant screening.

The 2023 city elections represent the first opportunity to change the balance of power on the council since the Black Lives Matter protests of 2020, and so, aside from housing and homelessness, policing will be front-of-mind for many voters in Seattle.

Ashiofu envisions a public safety system that offloads police responsibilities to unarmed responders. To fund those programs, he’d funnel money out of the Seattle Police Department (SPD) budget and into alternatives such as REACH and other social worker nonprofits.

He opposes giving SPD salary money for positions they cannot fill and offering hefty bonuses to bolster the size of the force. He even advocated against the City reabsorbing parking enforcement in SPD, even though pulling out that unit in 2020 did not change the nature of its job. The public holds such little trust in the police, he argued, that they would be more comfortable if parking agents wore a different uniform and reported to a boss other than the chief.

Sawant’s Seat Up for Grabs

Ashiofu won’t be the only candidate on the ballot in Seattle’s central area. Food justice advocate and third-generation Central District resident Joy Hollingsworth announced her candidacy last week, and Sawant’s departure will likely spur more candidates to jump in, either to keep the seat left or to finally pull it to the center.

Ashiofu supported Sawant during her tenure. He voted for her in 2019 over Egan Orion, he voted to retain her in the recall at the end of 2021, and he even said he decided to wait to officially announce his bid until she made her decision “out of respect” for the council member. (He filed as an unspecified council candidate months ago.) He did not explain how he knew ahead of time that she wouldn’t run, other than his intuition.

Even though Ashiofu said he and Sawant shared similar “progressive” values, Sawant would not call her values “progressive.” She would call them socialist. He didn’t commit to using the S-word to describe himself. He’s toeing a line so far–he said he got drinks with the Seattle Democratic Socialists of America (DSA) earlier this week, and that he and his campaign would “consider” teaming up with District 4 candidate and DSA member Matthew Mitnick for his proposed slate of lefties.

But Ashiofu wouldn’t say if he would seek DSA’s endorsement, and when I asked if he was running as a Democrat, he reminded me that the council is technically nonpartisan.