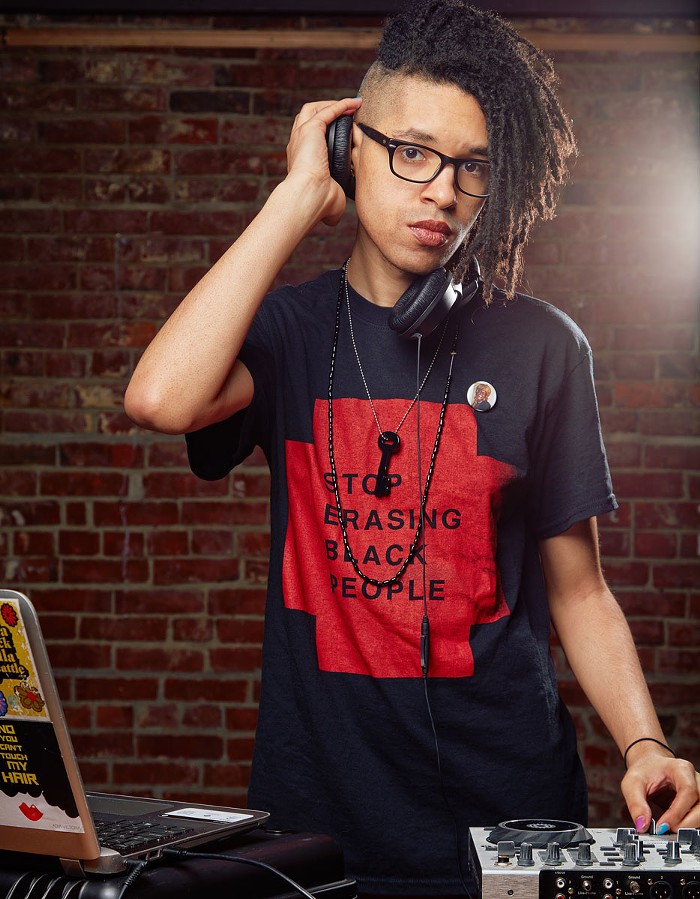 On a regular basis, Renee Jarreau Greene brings underground dance hits, house, R&B, ballroom, bounce, and more to Seattle clubs and venues as DJ Reverend Dollars (and she'll be releasing her debut LP soon). In 2014, she founded Darqness, an experientially focused monthly night geared at getting queer and trans people of color onto the dance floor and building community in a comfortable, supportive atmosphere.

Darqness is both a party focused on providing a space for queer and trans people of color, artists and communities, and a collective of QTPOC artists—Britt Brutality, General Meow, Howin 1000, Jade Dynasty, Nome Goldie, PSA, Riff-Raff, Toya B, and me—who grew out of it.

I started Darqness because it was very obvious that there was a gap that needed filling for a nightlife space that centered on QTPOC. There were a couple more specific instances that provoked some of these conversations, but the main point is we were tired of having to deal with white supremacy and cis-heteropatriarchy just to have somewhere to shake our asses.

You also do a night at Re-bar called Soul-Fi. How is it different from Darqness?

Both parties serve a different but deeply needed purpose. Soul-Fi is more about honoring black tradition and building a space of comfort and healing than Darqness, which is more of an experimental, exploratory space in search of queer futures. Musically, Darqness definitely leans more toward cutting-edge electronic music, whereas Soul-Fi takes in decades' worth of soul, R&B, funk, hiphop, and related genres.

How can music, especially dance music, become a powerful catalyst for action in your community?

The history of dance music is inextricably linked to the politicization of queer and trans people of color. There's no disco without Stonewall, there's no disco without black and brown queer people seeking spaces of liberation, and there's none of this other shit without disco. We've had to make our own spaces in the discos, clubs, balls, kikis, house parties, wherever else we could. I want people to meet at Darqness and find a freedom they aren't experiencing in the outside world, to know other worlds are possible.

What is the biggest challenge right now in terms of creating and maintaining safe spaces for queer, trans, and POC in Seattle?

Our biggest struggle for Darqness recently has been finding venues that are adequate and accessible and affordable to us. We've outgrown house parties, but finding more legit venues has been a challenge and a half. Especially since we prioritize holding it in black owned and run spaces, which aren't plentiful in this city. Really we need a permanent home.

Since you curate so many rad DJs and musicians, is there a local artist or performer you think everyone should know about?

What neighborhood do you live in? Do you love it? Where do you hang?

Beacon Hill! It's hella queer, especially hella QTPOC. My favorite place to hang out is the Station cafe, Luis and Leona run an amazing community-oriented space. But there aren't really that many queer places on Beacon Hill, so we just end up hanging at each other's houses a lot.

I'd wash the northern half of it off into the sea. Not sorry.