Person of Interest: Hebah Fisher's Podcast Is Changing the Way You Think About the Middle East 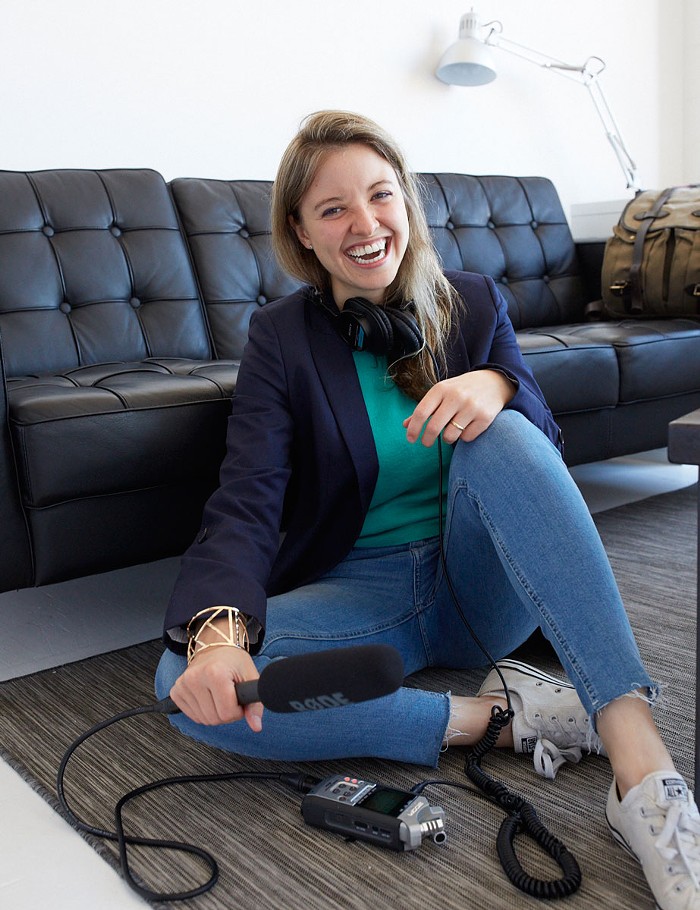 Now that you are based in Seattle, does the city play a significant part in the podcast?

Yes, definitely! We did a story on the brain-drain phenomenon in Egypt (where young, talented Egyptians are leaving the country and moving abroad), and one of our main characters shared why he moved his family from Egypt at the height of the Arab Spring to come to Seattle.

Five of the seven countries in Trump's original travel ban are in the Middle East. The Kerning Cultures episode "Where Do We Go from Here?" explores the consequences of that policy, as well as the social unrest that it incited. How did you put that episode together in a week?

That was the fastest we ever put an episode together! Usually our stories take months of research, interviewing, and production. For "Where Do We Go from Here?" our team worked literally around the clock (which is where being spread across four time zones worked to our advantage). When Dubai would sleep, the UK would pick up production, then New York, then Seattle, and back to Dubai. We felt much of the discourse surrounding the travel ban focused on the policy itself or statistics of the number of people stuck at airports, and less so on the impact of the policy at a relatable level. We wanted to share personal stories that could bring a bit more meaning into everything.

What's your favorite thing about living in Seattle so far? What are some things that you miss from Dubai?

Definitely the coffee. And the mountains. Sometimes I need to catch myself to look at the road when driving on 520 instead of marveling at Mount Rainier. Most of my family is still in Dubai, so I miss them dearly and try to go back often. I'm still getting used to the cloudy days here. Dubai was always sunshine, and that's been a hard shift. But I hear the summers in Seattle make up for it. I've heard retroactively about the Seattle freeze, but all my new friends are friendly and warm.

Comments 1
Tags: Person of Interest
The Stranger depends on your continuing support to provide articles like this one. In return, we pledge our ongoing commitment to truthful, progressive journalism and serving our community. So if you’re able, please consider a small recurring contribution. Thank you—you are appreciated!
CONTRIBUTE NOW