Person of Interest: Megan Mitchell, an Audio Archivist Always on the Hunt for Found Sounds 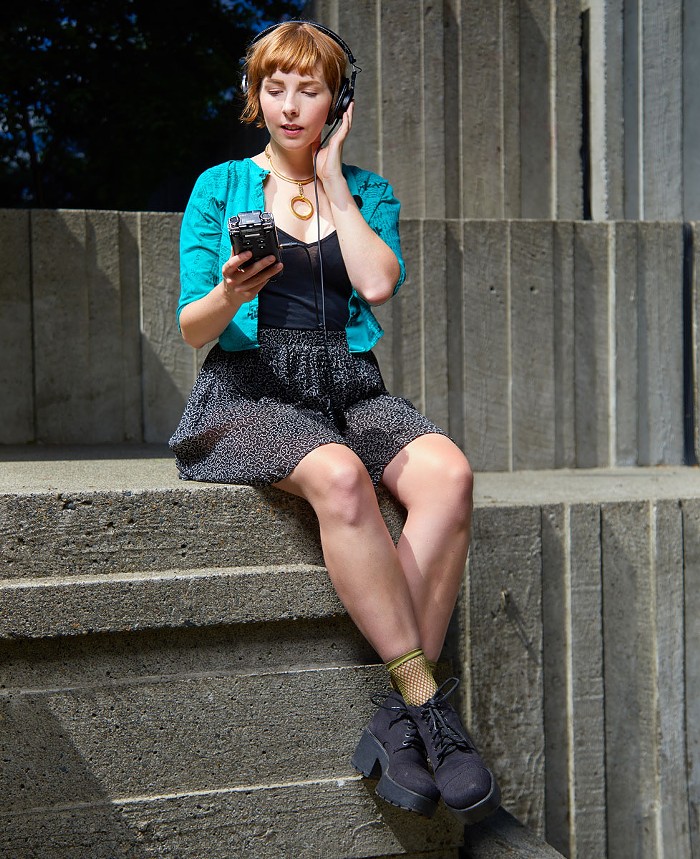 Steve Korn
You do field recordings that you incorporate into your music project, Cruel Diagonals. What are some cool sounds you've collected?

I'm always on the lookout for interesting textures, so I usually bring items with me to bang, scratch, or roll on different surfaces. I also like the creaking or groaning sounds of old doors or rusted metal parts, so I have a lot of those sounds in my field-recording library. One of my favorite recordings was made by placing a contact mic on a bridge in Tacoma while a car drove over it. I have a number of great recordings from a trip I made with a friend through the Snoqualmie Tunnel. I also recently recorded a woman playing steel drums in the bunkers at Fort Worden, which was incredibly resonant and haunting.

You say you have a penchant for visiting "ghost towns" and other abandoned places to record. Why? And where have you gone?

I'm aesthetically drawn to decay, which I attribute to the fact that I grew up in Alameda, California, which hosts a now-defunct naval air base. This fascination grew and adapted according to my environment, which for a handful of years was in Tacoma, where many buildings and storefronts are empty or actively decaying.

I've explored a number of places around Mount Rainier National Park, parts of Eastern Washington, strips along Highway 2 up north, parts of Central Oregon, and Fort Worden in Port Townsend, which is my favorite place to visit in Washington State.

What's a good spot in Seattle to find amazing sounds?

There's an alley in the International District where these air conditioning units are battling it out for dominance of the sounds in that corridor, and they happen to bounce out into the street in a lovely droning manner.