Person of Interest: Dr. Richard Harruff Might Examine Your Body If You Die an Unnatural Death in King County 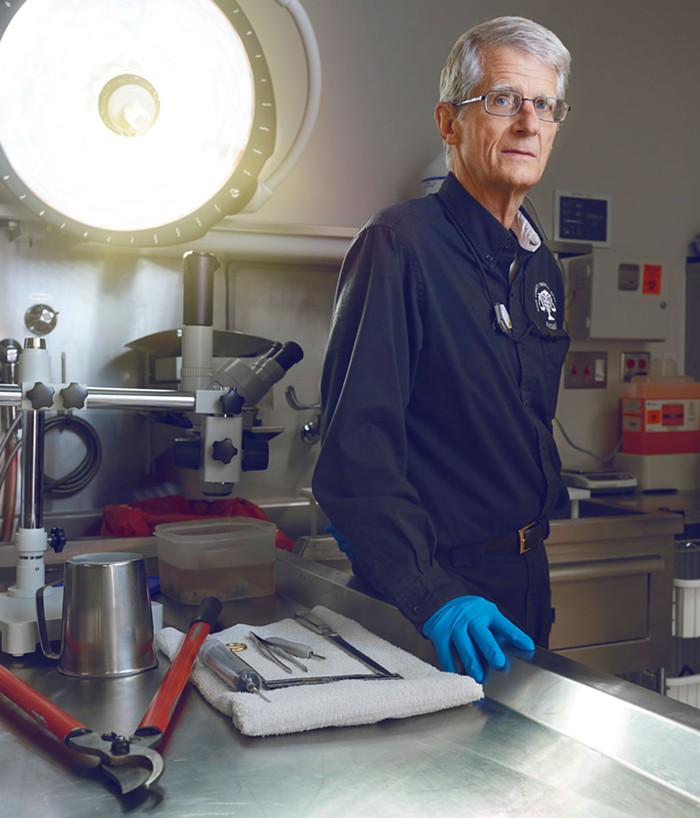 So you're the person who finds himself at the center of the 2,100 unnatural, unexpected, and supicious deaths that occur in the county annually. What's your favorite part of the job?

Interacting with different people on a level well beyond the superficial.

What's your opinion on the American funeral industry?

I don't know if I'd want that printed; somebody might read it. Let me say it delicately: It's a reflection of how we honor our dead and also a reflection of our inability to let go.

Is there any language people use about the deceased that offends you?

I don't like people calling them "corpses." It just sounds like it's pieces of things. These are the remnants of humans. I like the word "decedents."

Do you consider yourself to be a detective?

Some people classify us as "medical detectives," but I don't really put much of a term to it. I'm just a dumb forensic pathologist.

Do you believe in ghosts?

I'd like to, but I haven't seen any evidence of it. I think it would be pretty cool. But it's probably best if I don't. That would be too freaky, to think that all these dead people that I see are floating around somewhere.

Do you think ghosts would hang around a morgue?

It would be hard to get people to hang around here if you aren't paying them.

Comments 5
Tags: Person of Interest
The Stranger depends on your continuing support to provide articles like this one. In return, we pledge our ongoing commitment to truthful, progressive journalism and serving our community. So if you’re able, please consider a small recurring contribution. Thank you—you are appreciated!
CONTRIBUTE NOW