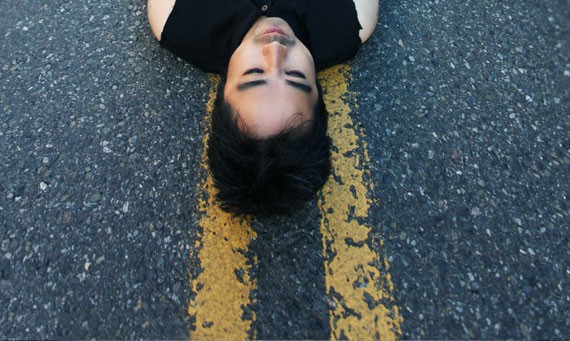 Whenever some surprising, late-night, group performance is happening, you’ll find him there, like Seattle’s patron saint of collective art, the genius who never works alone

Presented by Chihuly Garden and Glass

DK Pan is the afterlife of someone else, maybe several someone elses. There's the 4-year-old kid in Seoul who falls into a bucket of boiling water and necessitates the relocation of his family to Los Angeles for medical care. There's the rapt kid in the pews of a Seattle Korean Presbyterian church, gazing up at his father in the pulpit, understanding little of the older man's Korean sermons except their passion; this same kid at home with his parents, preoccupied with translations that never quite happen across dinner tables and at bedsides, the routine of the 1.5 generation. There's the lost teenager, the one who sort of skips out altogether, then goes to Evergreen, doesn't finish. Finds that he's an artist, but not one who wants anything to do with graduate school or art fairs or white cubes, rather one who performs in a protest band at a Republican convention or takes over a dying motel by the highway for one last Dionysian-hurrah/Irish-wake of painting, performance, video, and installation, including a ceremonial campfire in one of the rooms with a hole cut in the ceiling to let the smoke out. Then there's the guy the FBI has been watching—the guy still awaiting trial on charges related to the idea that his artistic activities were covers for domestic terrorism.

They were not. Pan, now 39, has been a respected artist in Seattle for years, though he has no gallery representation (and it's hard to imagine he ever would). But it's easy to see how a militaristic agency would have no idea what to do with him. He can seem to float right by. His voice is so soft, you have to lean in. His body is ropy thin, silk-smooth burn scars remaining on his arms. Whenever some surprising, often late-night, group performance is happening, you'll find him there, like Seattle's patron saint of collective art, the genius who never works alone. For money, he manages dying motels or, currently, a residence in Belltown for seniors who've been recently homeless for a year; he seems rarely to be far from those on the edge.

Just try doing a straight-up interview with him. He proposes instead:

maybe we could make it into an art project. like maybe we send texts to one another as we walk from opposite ends of the aurora bridge towards one another, greet, have tea, then keep walking?... something related to chance and the meeting of an artist and critic may be interesting.

It is a hot Sunday afternoon when we do this. Outside the door of the building where Pan lives and works, a woman is talking loudly to nobody about "a huge fake tea bag," coincidentally. Inside, Pan has packed two porcelain teacups and saucers, a thermos of hot tea, a tatami placemat, and two tomatoes. We ride the notoriously colorful 358 bus up Aurora and get off on opposite ends of the bridge.

His stop on the southern end is forested, and as he walks past the service entrance of the fancy-pants Canlis, he's reminded of having worked in restaurants. (Canlis and the 358 bus: Seattle antipodes.) On the northern end, where I get off the bus, it's all cheap motels and overgrown blackberry bushes.

"Should we barefoot it across?" he texts. Then he texts that he's a little afraid of heights and sends a picture of a graffiti tag on the bridge, the word "AMEN" in red.

"Seattle is the best city in the world," he writes.

An image jumps to mind, of Pan's face in a crowd at night. There are flaming torches going. The occasion is the outdoor performance, sponsored by the Frye Art Museum a few cold months ago, by Butoh-influenced Seattle collective Degenerate Art Ensemble; Pan acted as a technical supporter, following the performers from location to location all night, part of the performance but separate. This is his artistic personality: central but indirect.

Four years ago this month, he organized the entire Bridge Motel wake/conflagration, which got so full and sweaty that you worried the old place would collapse onto the crowd. His personal contribution, in the upper corner of the motel, was a room painted red, the floor covered in salt, letters on paper buried in the grains. Pan had found some of the letters in the rooms he'd cleaned out after people moved out (some desperate, judging by the writing); others, he had written himself. At the far end of the pandemonium that night was this chamber of whispers.

Pan sets the symmetrical tea on the bridge: Cups neatly on the mat, one tomato each side, a sprig of lavender he picked near Canlis. All this—minus a few bites of tomato and the tea itself—will be left behind when we go. Next to us is a yellow suicide hotline phone. I wonder what people will think took place here; the meeting of critic and artist did not really produce an interview. Rather, Pan talked about his fears (of swimming in the water below, of forces like the FBI) and his father, who died two years ago. The meeting is more like a brushing-past, like the way he works.

You can blink and miss a Pan project, since they're almost always temporary and ephemeral. Only a few are still active: the exterior of the former bathhouse Tubs in the University District, for one. Layers and layers of images and words—"ELEKT," "MAD," "TUBS"—are spray-painted in every thinkable color and shape across the surface of the abandoned building. Pan didn't paint the graffiti—or if he did contribute, his marks are characteristically buried under there somewhere—but he secured the sanctioned site as a space for both art and free speech, as he sees it.

Tubs was a project of Free Sheep Foundation, which Pan cofounded with artist NKO Rey. Free Sheep was also behind the send-off celebration for the pre-demolition Belmont apartment building on Pike Street in 2008, a pandemonious gathering of creatures (performers, suddenly conscripted performers, crickets, cops) making art, music, dance, and theater; and 2009's Moore Inside Out, a one-night event in which 50 Seattle artists and performers turned the entire Moore Theatre—backstage, corridors, and all—into an exhibition.

While some of Pan's work has been overtly political, he gives the impression that it's been borne of necessity rather than willful dissent, of just responding creatively to the ways life and society can be inhuman.

While we're up on the bridge, Pan decides he wants to tackle a fear: He's going to swim off a dock right under the Aurora Bridge. His body shakes and he is silent as he struggles to stay upright (my arm is his raft as I tread water). One imagines this almost ritual experience may soon make its way into a performance. Afterward, he is expected at another ritual: dinner at his mother's—another ride on the 358. To the tiny dinner table in a corner of the living room, his mother, Hyun Sook Kim, brings trays and trays of food, one after another, and never sits down herself. (As a girl, she can remember eating dirt to stave off hunger while fleeing North Korea for the south. She is an opera singer; she performs in a film Pan made and posted on his Facebook page. His father, Paul Kyoo Kim, also appears; he was a journalist early in his life, until a mystical experience transformed him into a preacher.)

The interaction between mother and son is affectionate but full of gaps in translation. In family photos, DK is the outside son—the one who spent the least time in Korea, the one whose life's work is hardest to explain to other parents—but any clashes seem far in the past. The little apartment, in Bitter Lake, is full of love and posters of Jesus.

Comments 1
Tags: Pullout Genius Awards
The Stranger depends on your continuing support to provide articles like this one. In return, we pledge our ongoing commitment to truthful, progressive journalism and serving our community. So if you’re able, please consider a small recurring contribution. Thank you—you are appreciated!
CONTRIBUTE NOW