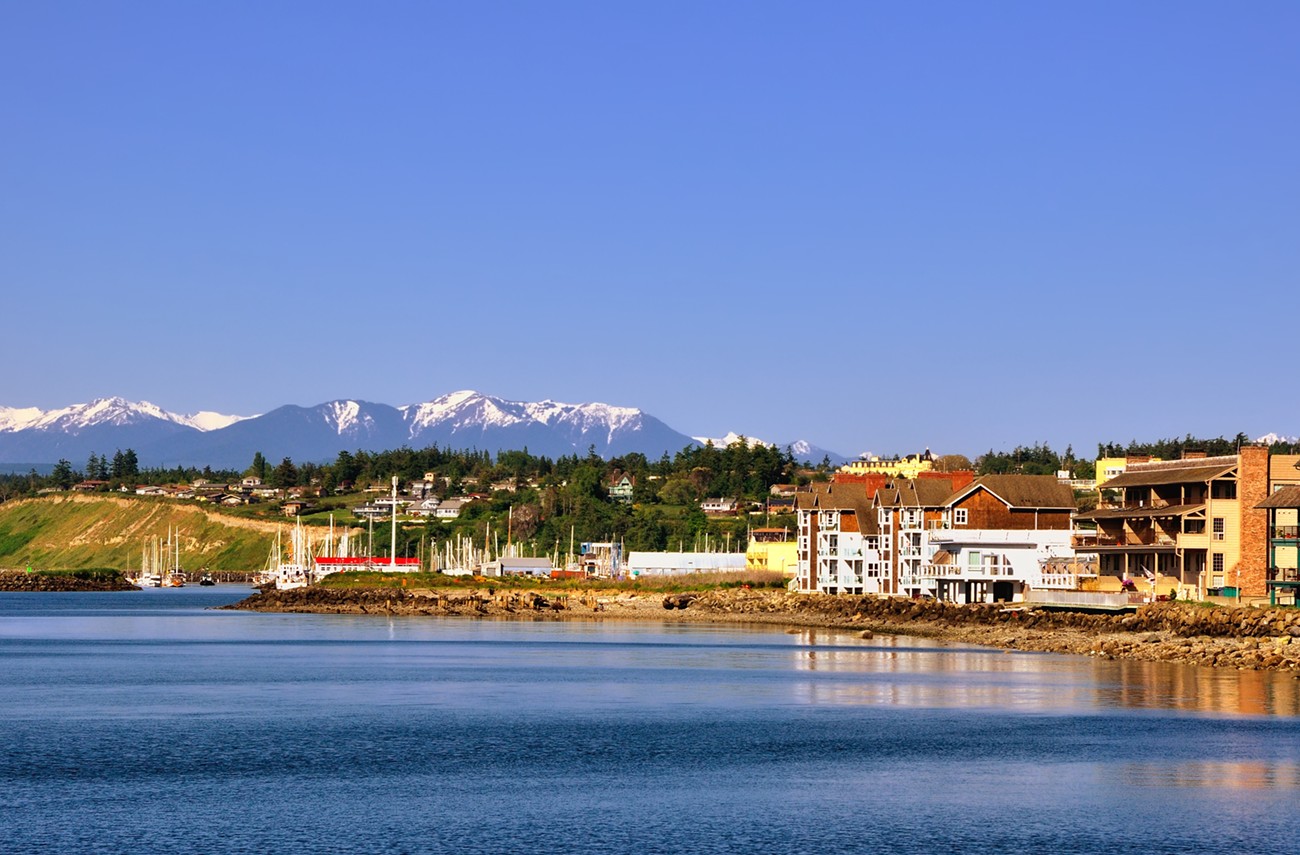 So sad though it is disingenuous to assume there wouldn't be visceral reactions by women seeing a penis out in the open in the Women's room.

@raindrop: except that didn't happen? At all?

@1 the article clearly states the incident only involved her voice. You are the only one focusing on a teenager’s genitalia, stop being such a gross creep.

@2: Mea culpa - though it's also a hypothetical in regard to the "number one nightmare for a lot of trans people” reference.

Blame the YMCA for not expanding facilities.

have the Phobes
relocated to
Idaho yet?

there's always
the Olympics
to get lost in

and possibly
devoured by
a gay Bear

Someday, I will tell my story. Someday, people will open their hearts, to people who are struggling to find love and to be themselves. For now, I will just say, I wish, as a Trans-woman, that I had a nickel for every time I found a note on the windshield of my car telling me that someone wishes I would die. How, the company I work for put locks on the bathroom doors. All the times I was refused opportunity to advance in my career. How many times some one run in the opposite direction when they found out I was trans. Yes, that would mean I would be a billionaire.

Sorry to go one so much. I get it, who gives a shit about some dumb ass who "decided" to have his wiener turned into a vagina, or my wonderful father who tells everyone I am his homosexual child.

Yes, it's all so wonderful as the fucking supreme court who decides all women's uterus is the property of some dumb fuck wad man who has no idea....

Please, I give up.

hang in there!
we're Pullin' for ya.

I really wish someone in the press would inquire as to the relationship between Julie Jaman (the belligerent transphobe who was kicked out of the Y) and Amy Sousa (the garbage TERF mouthpiece who has been trying to rally bigots to target our town). How long have they known each other, and how long have they been cooking up this scenario?

Raindrop has such a tedious predictable one note take on every possible issue, and spends SO MUCH time here, I am convinced he is nothing more than a paid Russian troll.
Think about it.
(Clearly he cannot think much at any level)

@11 I have to disagree. The paid trolls are way more clever. And even a troll-bot would be able to answer straightforward questions, another thing he lacks the mental fortitude to display or articulate intelligently. Alas, I think he's most likely just another poorly educated and intellectually deficient man. Have some pity.

@11: Given that you're convinced, maybe you could contact their accounts payable department on my behalf. I haven't receive a ruble.

Seriously, It's important to note that not all folks who initially react stupidly over personal space and privacy in the bathroom are ultimately transphobic. People grow. People change. Even Julie Jaman could.

@6 Background checks, lacking any teenage genital fixations, are the industry standard. Such a fixation actually seems like something that could come up in the background check, funnily enough.

@14, and how the hell are you or Ms. Jaman or anyone else going to figure out who is experiencing true gender dysphoria and how is acting out. And really, is that your job? If she doesn't want to see "peen" or whatever while she's at the pool, maybe she should AVERT HER GAZE FROM SENSITIVE AREAS while in the changing room, like everyone else in there. I don't go peering at people's genital area when I'm at the pool or anywhere else. So why does she?!

@18 I think Jaman's expulsion from the facility following an incident of inappropriate behaviour is an example of their policy in action.

99% of all sex offenders are male according to FBI statistics.

Nearly 1 in 5 women have been sexually assaulted. https://www.nsvrc.org/sexual-violence-reporting-tools

With that being said when you hear a man's voice in a dressing room as a sexual abuse survivor that is shocking to a lot of women so I understand the position of this 80 year old woman who was a 35 year patron of the YMCA. I have now read accounts on both sides.

What is not being said in this article is that Clementine is still anatomically a male and was wearing a womens bathing suit. Clementine was reportedly in the dressing room looking at several little girls clearly visible as they were dressing behind a flimsy curtain. Having a deep male voice in the dressing room drew this 80 year old to pay closer attention to what was going on around her.
When are we also going to start also addressing a biological female's right to feel safe while she is dressing, showering.

It took years for woman to be afforded our own public bathrooms. We actually fought for that right years ago as part of our women's rights movement. Now there are women who are upset this right to privacy is being violated or so it feels. There are reasons for this privacy and it relates to past years of sexual assault on women and our right to feel SAFE.

There are far more females who have been sexually abused and feel threatened by males in private dressing and showering areas than transgenders who really should have their own accommodations in the form of separate private family bathrooms. I am all for transgender right's and making them feel accepted and accommodated but not at the expense of making the larger majority of other women feel unsafe in that process. Many others and I are concerned that all a pedophile has to do now to gain access to a womans dressing room is SAY he identifies a certain way. What a great never-ending resource for our male sex offenders. I wasn't there but gauging from the YMCA's response they have a very good relationship with this employee and stand behind the employee based on personal experience with this employee and state and local laws surrounding this issue. That is really all they can do in this situation besides give more options to protect all members to especially include minors and young women who feel threatened by this policy. Not all men are sex offenders obviously but there is no sex offender screening for all members just employees. Not all screening will show who these offenders are, some fall off the list after being on it for a time and remember likely the majority of our offenders have been caught.

There is a saying that really rings true here: Good men STAY OUT so bad men STAND OUT.

We have instincts as woman that should not be ignored and pushed down on. Red flags go up for good reasons. When we get those red flags as women we need to be able to have a voice just as transgenders should have a voice too. This needs to be more fair and balanced for all considerations not just the transgendered. This is not addressing how to protect our children in private dressing areas from Sex Offenders who are using this loophole to prey on children and young women.

There has to be a way to be non-PHOBIC but also protect our minors and not upset our rape survivors as this is a HUGE trigger for them.

To be clear I do support our transgendered but also see the other side of this issue and it needs to be addressed not by attacking this YMCA employee but at much higher level and seriously addressed before our predators start seeing this as a golden opportunity and huge loophole to offend.

This woman may have been rude, I will give the YMCA that although she says she wasn't... but she was shocked, and I get that. Perhaps she didn't handle herself as calmly as she could have but who knows what past experience may have triggered that for her. I empathize with a 35-year patron of the YMCA who has been banned forever from going anymore. I ponder if she was truly transphobic or if she was triggered by an anatomic male in her women's dressing area and perhaps been victimized in a past incident.

@4: Oh, they are there. But a TM in the men's locker room is pretty much a zero threat to the CIS-male population.

In this case the trans woman (woman) wasn't alone with the members, she was there with other staff members. What a marvelous solution to a problem that only exists in their heads. Staff travel into "private" places in pairs. The YMCA appears to have this policy.

Treat all women as women, and all men as men. The adjective placed in front of the noun doesn't change the noun.

It's amazing that the people most concerned about being molested are so interested in other people's genitals.

The foolishness of the world in which we live in . The end times are here . Respect , right or wrong are lost in a world of fools . In the end times people will have minds that dont work . We have arrived .

Any man who is comfortable with a biological man being in the same bathroom with his daughter while she is undressing and using the bathroom is a man in name only and any person who thinks that is fine and works to defend it hates real women. The God given right and duty of a man to protect and defend his wife and daughters trumps any state law.

As a woman, I have a right to feel safe and comfortable in any space designated for "women". Just because a biological man identifies as a woman does not make him a woman. If he enters the women's bathroom/gym/locker room, etc. and clearly has a male body and essence, he should not be in the women's area. If you are going to state a gender on the signage in your facility, either honor it or remove it.

If this YMCA chooses to only offer genderless spaces, then they should clearly state so on all signs rather than having a woman's bathroom/locker room, etc. This world is not only for those who identify with the LGBTQIA+ and Trans community; it is for ALL of us.

A woman has a right to feel safe in the 'women's' section/bathroom/spa/locker room. Just because a biological man calls himself a woman does not make him a woman. If he has a biologically male body and male hormones, he should not be in the women's section. If this YMCA chooses to offer ONLY non-gender spaces, then they should state so on the door instead of saying "Women's Room" or whatever. Let the public know you will be mixing or ignoring genders so that those of us who have some modesty and a traditional way of looking at things can make an informed choice as to whether or not we feel comfortable in that space, too. This world isn't ONLY for the LGBTQIA+ community. We ALL live here.

Oh but you meant something different didn't you. You meant women and girls should just get over it, get over their fear of sexual assault. Women, always being hysterical, amiright? 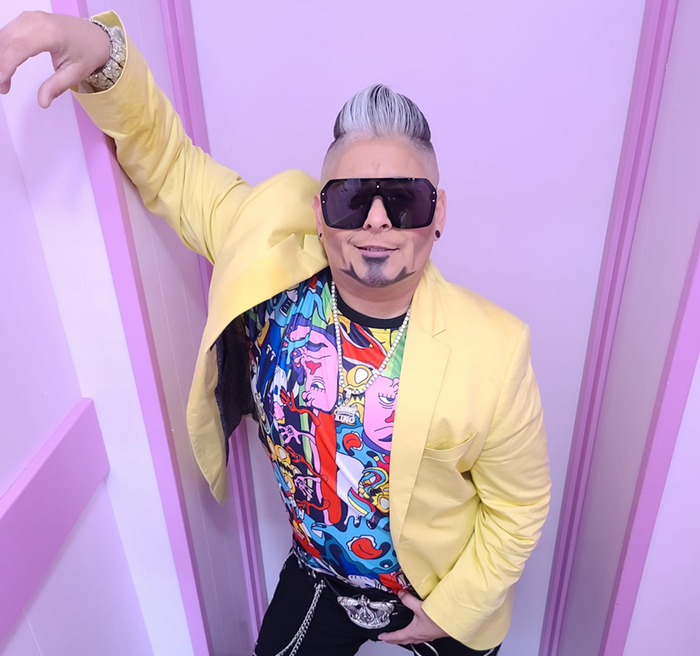