Portland in Flames After Alleged Racist Incident at Vegan Bakery 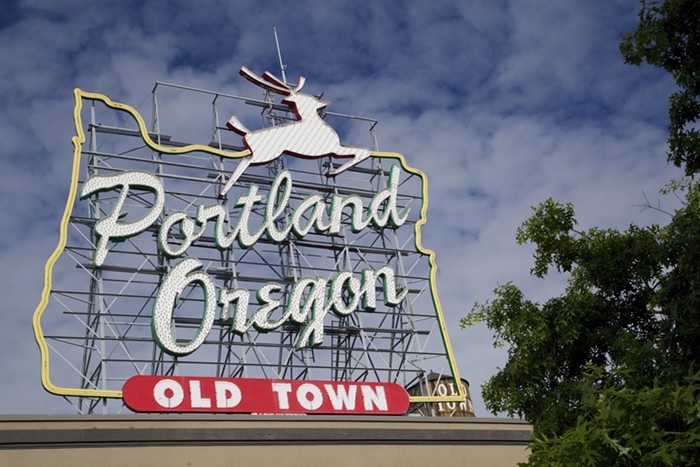 Portland, our smaller, softer neighbor to the south, is currently embroiled in some wild and racially charged drama stemming from, naturally, a vegan bakery.

The story goes back to May 10, when Lillian Green, a black woman and an equity director in the Oregon Department of Education, entered Back to Eden Bakery shortly after 9 pm, when the bakery closes. The open sign was off, but the door was, as per health code regulations, unlocked and there were still a few patrons at the counter and finishing their food at tables. Green, according to the employees on site and security cameras reviewed by the owner, entered at exactly 9:06 pm. The two employees working the counter told her they were closed and that the people already in line would be the last customers served for the night. Those people and all the other customers in the shop were white.

Portland is the often called the "whitest city in America." According to the most recent census, the population is more than 75 percent white. Northeast Portland, the neighborhood where the bakery is located, is a historically black neighborhood that has been heavily gentrified in recent years. Between 2000 and 2014, the black population in that area dropped from 30 percent to 17 percent. Black businesses have been replaced by white-owned shops, cafes, and bars. When Green, a native of the area, saw a bakery filled with white people refusing to serve the only black person in line, she was upset. So, she took to Facebook.

Green started live streaming on Facebook from outside the bakery. (The original video has either been deleted or made private, but it was saved by Andy Ngo, an independent journalist and Portland State University graduate student who first broke this story.) As she's filming, another customer comes out and asks, "Is that as weird as I thought that was? What the fuck was that?"

"I'm going to put this on Facebook and I'm going to blast their ass," Green says. "They can live that life but they're about to get all blasted on Facebook." Later, from home, Green made another video. "I want to tell you about a disturbing, heart wrenching experience I had," she says. She then talks about how the neighborhood has changed, details what happened at the bakery, and calls for a boycott.

As the news start to spread, people flooded Back to Eden's Facebook page with accusations of racism. The very next morning, at 9:06 am, exactly 12 hours after Green was denied service, Back to Eden's John Blomgren, who owns the bakery with his husband, posted a 3,000 word apology on Facebook. That apology has since been deleted, but Ngo took a screenshot:

This is insane. Bakery in Portland fired employees after they declined to serve a woman who came in after they were already closed. The woman, a professional equity activist, took out a video camera & claimed she was a victim of racism. #StarbucksEffect https://t.co/Xwb8fynXXv pic.twitter.com/gjbUpmTAcq
— Andy C. Ngo (@MrAndyNgo) May 29, 2018

“In this situation it doesn’t really matter that the two staff members working are not themselves racist because the call they made to deny Lillian service caused her to feel like she had been discriminated against,” the statement read, “Sometimes impact outweighs intent and when that happens people do need to be held accountable. Since both Lillian and the clamoring public were demanding that these staff members be fired that it is what we did putting these two young women out of work.”

Since then, Blomgren has walked back his claim that they fired the employees due to the "clamoring public," but his response hardly alleviated the situation. After Ngo started reporting on the story (first on Twitter and then in the Wall Street Journal and Quillette), other media outlets picked it up. The story quickly became national news, covered by the mainstream media as well as progressive and conservative outlets.

Perhaps ironically, a few weeks before being accused of racism, Back to Eden had agreed to host a "Reparations Happy Hour," in which white people donate money to an event for people of color only. That event was organized by Cameron Whitten, an activist in Portland, who, in 2012, protested in support of low income housing by staging a 55-day hunger strike in front of City Hall.

Whitten told me in a phone interview that the day after Green was denied service, Blomgren called him and asked for advice on how to respond to the crisis. Whitten says he offered to help the bakery craft their message (or even to do it for them) but the owners didn't listen, and instead, later hired a white man to serve as the company's interim CEO and do their PR. This, Whitten says, was a mistake. "White people don't have the lived experience to speak to black people," he says.

On June 2, several weeks after the incident, Whitten posted a nearly 50-minute video on Facebook, about "why you can't trust the wolf in sheep's clothing that is Back to Eden Bakery."

"Here, again, a white person has fucked up," Whitten says. "They fucked over a black person and they will not be qualified to make amends to this black person." Whitten goes on to accuse Blomgren of performative allyship, centering himself, name dropping Whitten without consent, and—his primary complaint—writing an apology that was too damn long. In the end, Whitten both cancelled the Reparatations Happy Hour scheduled at Back to Eden and joined Lillian Green in calling for a boycott.

Meanwhile, Andy Ngo, who has stirred the ire of Portland activists before, was looking into Whitten himself, whom he claims is a "grifter." In a piece Quillette published this week, Ngo writes:

Cameron Whitten’s apparent grifting actually dates back months, to when he first realized he could monetize progressive Portland’s generous surfeit of white liberal guilt. ... Since then, Whitten has continued his quest to raise his public profile. He has appeared twice on Fox News’s Tucker Carlson Tonight show, started a nonprofit called Brown Hope (of which he appears to be the sole staff member), and has launched a series of heavily publicized ‘Reparations Happy Hour’ events in which black, brown, and indigenous attendees receive money from mainly white donors, who are prohibited from attending. Blomgren met Whitten one week before the scandal broke at the bakery. The perfect match between race hustler and progressive coward produced the perfect storm.

"Andy does not align with progressive values," Whitten told me, describing the article as a "hit piece." "His track record is with conservative and alt-right media. His perspective is his and I can respect that but he doesn't understand my experiences as a poor black person and what is required to make my community livable for all."

Ngo—a queer person of color, a Portland native, and the son of refugees—disputes this characterisation. When I asked if he is alt-right, he responded, "LOL. I laugh not because this is a light matter but because the charge is so outrageous. I’ve worked hard to unmask the odious ideas of white nationalists when they tried to recruit on my campus. I think it’s a huge tragedy that racialist identity politics appears ascendant right now. I see it dividing my peers and neighbors, regardless of it serving white, brown, or black group interests.

“Being called 'alt-right' is a tactic to collapse all criticism, whether legitimate or not, so that others don’t listen to you," Ngo added. "It’s much easier obviously to discount what someone has to say if they are labeled an extremist, racist, or fascist."

Neither Lillian Green nor the bakery responded to request for comment, but for his part, Whitten says he doesn't want to see Back to Eden close down because of this. "A boycott is not about putting them out of business," he said. "It's about creating change. I'm giving them an opportuntity to come correct. I will meet with John or Robert if they affirm their racism and anti-blackness. They say black lives matter but now they are being asked to demonstrate that their actions mean more than words."