"It’s very silly. We just want to show how crazy sex is." 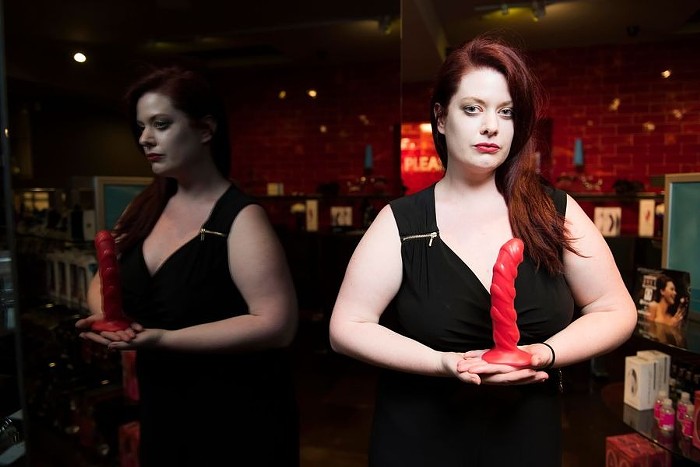 “Truly, there’s never been the same story twice,” says Natalie Wall, creator and host of the touring live show Awkward Sex … and the City. “There are just so many things that can go awry with something so intimate and so universal."

A decade ago, before Awkward Sex existed, Wall certainly didn’t expect to become the emcee of a storytelling night that featured guests' weirdest, wildest, most memorable, most surprising, funniest, worst (or best in hindsight) sexual encounters.

“I was this straight girl from Virginia, not understanding all these different sex positions, kinks, etc.,” she laughs. “Now I’m this little bi baby that's just up for anything!”

After running for years in New York, touring the country, and making a successful pitstop at the Edinburgh Fringe Festival, Awkward Sex …and the City is coming to Seattle on January 28th. Gird your loins.

One inspiration, unsurprisingly, is the show Sex and the City. “I was exposed to it kind of young, 13 or 14,” Wall says. “It was why I wanted to move to New York. It was what I pictured living in New York City to always be.”

To be sure, the HBO series made the sex lives of New York women seem tantalizingly trendy: A group of friends hanging out at brunch, sharing intimate details, helping each other navigate the highs and lows of life’s most pleasurable act in the world’s most interesting city.

After graduating from James Madison University (with a print journalism degree—a familiar mistake) Wall had few job prospects in New York, so she moved home to Virginia for a year. “I was going crazy,” she recalls.

She marshaled her resources and moved back to New York, determined to live more adventurously. She’d already started a blog where, like the heroine (?) of Sex in the City, she could chronicle her thoughts on contemporary sexual mores. A live show seemed like an interesting next step, and she found a welcoming venue in the People’s Improv Theater. (Her ex had a show the same day at a smaller venue. “He seemed miffed,” she says.)

The initial lineup was all women, and Wall remembers being nervous and shaky. “It was my first time telling a story,” she says. “It hit immediately, which was crazy.”

It quickly became a recurring show, and within a year, Wall started thinking about touring. They took it to DC, where it sold out, and she never looked back.

One of her favorite experiences inevitably comes after each show, when members of the audience approach to unburden themselves of awkward sex experiences that have happened to them. It’s an oddly unifying experience, Wall says, to know that we all have weird little stories that we’re eager to share if given the chance.

“I want people to come away feeling good, feeling silly, maybe wanting to make a few awkward sex stories for themselves. And to feel empowered in their sexuality, whatever that may be.”