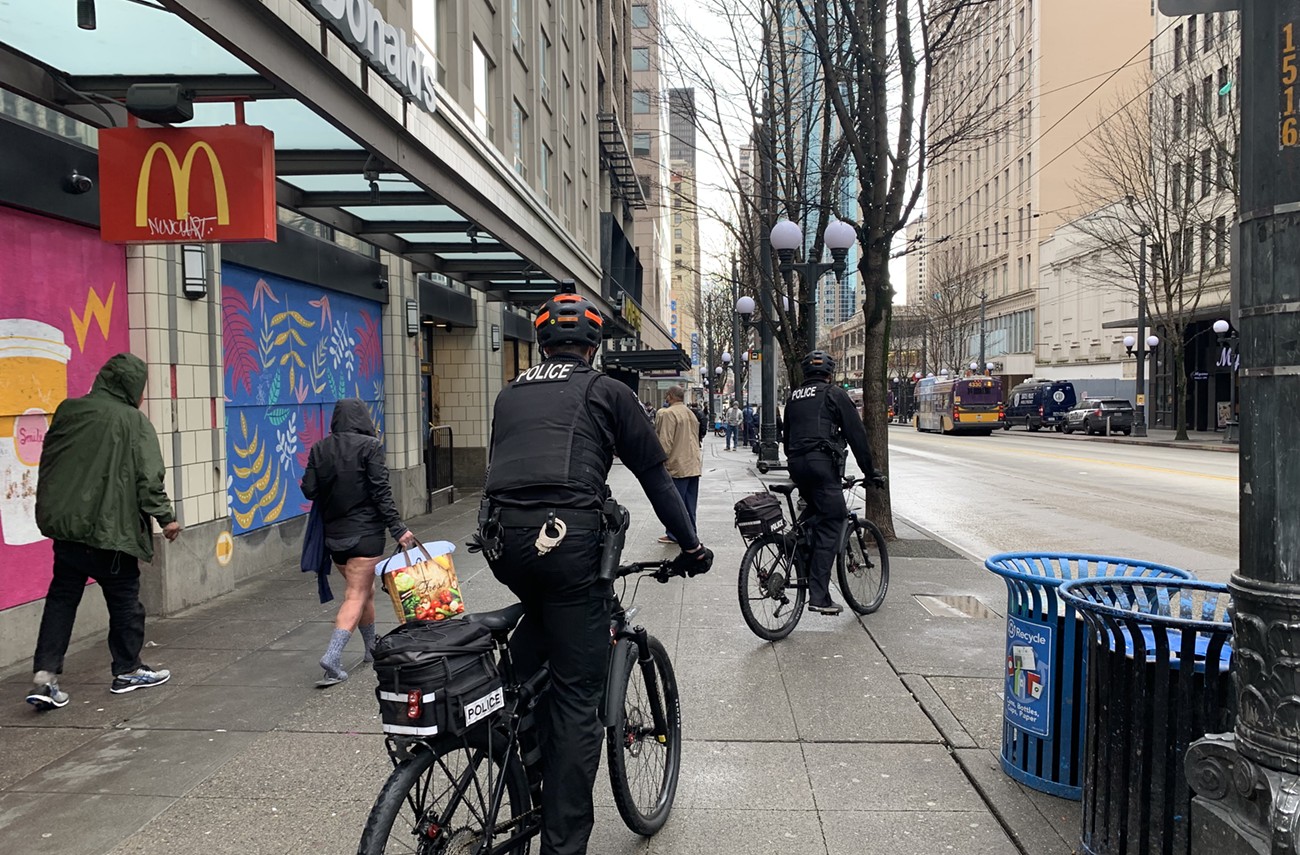 Who would have thought that hotspot policing wouldn't work long term?? HK

A very homophobic pride month, indeed: Some virgin came up to Downtown’s Taqueria Cantina and tore down the restaurant's pride decorations. If that wasn’t enough, the little bitch lit them on fire. Sorry. I’m a little heated. With all the anti-trans legislation and the almost-hate-incident in Idaho, this feels especially threatening.

Meanwhile, in Anacortes: As homophobic sentiment mounts, DivestSPD sounded the alarm on threats posted online by Tyler Dinsmoor, an Oak Harbor resident with a hateful online presence. Some fear Dinsmoor will attend Pride at Anacortes this weekend, which is not very comforting, given his posts.

Yesterday, I emailed Anacortes Pride: According to Shaunie McLeod, everyone—from event organizers and Anacortes Police Department (APD) to the fucking FBI—is well-aware of the threat. The Anacortes Pride executive board, with the support of the Anacortes City Council, met with the police department to discuss enhanced safety measures for the upcoming inaugural parade. But the cops aren't too worried the dude will follow through.

I called up the Anacortes Police Department. The department said it is well-aware of Dinsmoor’s behavior, but the threats “were vague in nature” and “didn't specifically cite a particular act.” The department characterized the threats as “generic displeasure with the event,” and concluded that the online behavior “didn’t rise to anything—at least in our jurisdiction—that was criminal.” So basically, the department will be there providing a “physical presence."

Cops at pride: Police abolitionists have been firm that the hateful temperature should not be cause to rely on cops at queer events. McLeod tried to be sympathetic to this concern, saying, "We acknowledge the significant and universal historical trauma related to law enforcement interactions with the LGBTQ2IA+ community, but we are confident that APD will act appropriately and take swift action if needed."

In other violence news: A Juanita High School student got charged with a felony earlier this week for a threatening post and direct messages he made on Instagram over the weekend. The student's reference to the horrific massacre at a Uvalde, Texas school, triggered over 50 calls of concern to NORCOM 911 dispatch. The student's father brought him to the police station where the student told cops that he made the post to scare others into being nice to him and "silence them into submission," according to charging documents.

The City continues to violently displace the residents it fails to permanently house: You know the drill. A neighborhood complains about their unhoused neighbors, “the blogs” post about it, and suddenly our Mayor orders a sweep. Today, the City will sweep a RV encampment of about 20 vehicles in West Seattle.  Though the HOPE team said they provided residents with resources, there isn’t much in the way of adequate shelter for people who live in their vehicle and don’t want to get rid of it. RV safe lots are in the works, but as of yesterday, LIHI is still in early stages of implementing them.

Speaking of the homelessness crisis: Seattle nearly doubled its funding for affordable housing. Crosscut asks if it will be enough. The answer is no. We literally need like a billion dollars every year for a decade.

Boys and blue abandon Third and Pine: Remember when Twitter users from Bellevue were losing sleep over people flipping bottles on Third and Pine? And then the Mayor decided the best way to address the crime is by doing the same failed hot-spot police strategy every paid-for-by-big-business Mayor tries. Well, according to the people living and working nearby, the cops are no longer constantly terrorizing the area and people are back to doing crime, which of course, we all saw coming. Perhaps putting a million eyes on one corner when the police department whines all day about staffing is not an effective or sustainable strategy.

Elon fucking Musk (kinda): The Seattle Times reported that the first-ever self-driving vehicle crash report shows that nearly all of self-driving crashes in Washington involved Teslas. But fear not, Technology Brother. Senator Joe Nguyen says these cars are so safe that whenever one crashes, it becomes newsworthy.

The tide is high low but I'm holding on:

Puget Sound sees its lowest tide in more than a decade, thanks to a slight wobble in the orbit of the moon. We took a lunch break visit to Seahurst Park in @Burien to see what the lower-than-average tide unveiled.
@KSeattleWeather @NWSSeattle pic.twitter.com/69pwpQqoDY

Jan 6 update: Former VP Mike Pence won’t be testifying today, but nonetheless his narrative is very important. Here’s what we know about Pence’s day on January 6, 2021.

No ambiguity there: Not that we needed such explicit confirmation that the Buffalo shooting was racially motivated, but according to a handwritten note the FBI found in the shooters bedroom, he said he "had to commit this attack" because he cared "for the future of the White race.”

Red line go down: I do not pretend to understand the economy, so here is a link about what the fuck a bear market is and how it might effect you weirdos who play money astrology. Hope this helps!

Chin up: Also, if you’re feeling doomer-pilled about Bitcoin, here are some comforting words. Don’t you ever say I never did nothing for you. 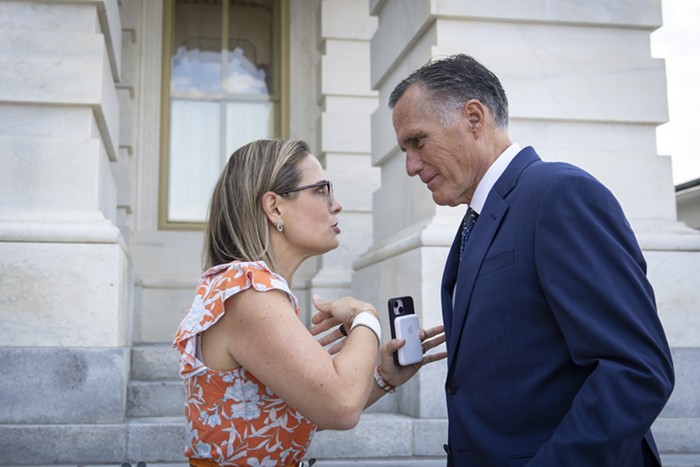