Time to pick out your sluttiest lil outfit: According to the National Weather Service - Seattle, we have another hot day ahead of us. I say we make the most of it. There are only so many days you can go to the grocery store in a bralette with jean shorts up your ass. The time is so limited that by Friday some of you fall-obsessed little freaks will try to pull out your light-weight cardigans.

One more hot day today then cooler weather over the weekend #wawx pic.twitter.com/SquTaGJnKQ

Another day of summer in solidarity: Teachers at the Kent School District are not to be fucked with. Since the district will not meet the teachers' demands, they’ll hit them where it hurts and strike on the very first day of the school year. Of course, some anti-union dipshits online framed this action as an example of teachers not caring about their students, but some of the union’s primary demands–smaller class sizes, and better mental health resources for students–directly benefit the kids in their classrooms. Not to mention that if you have the money to sustain yourself and maybe buy an overpriced latte every once in a while, you’ll probably be a better teacher! Also, do you know what happens on the first day? Especially when the first day is a fucking Thursday? Not instruction.

We’re trying something new: Remember this story? Well, on Tuesday, we followed “Cuba,” who now lets me call him Pedro, and his found family as the City tore up their neighborhood. But it’s not our usual sweep coverage. We brought a camera so you can see for yourself if the Mayor is full of shit when he says he’s not sweeping anyone. Stay tuned!

The city is currently sweeping the encampment. Several residents are holding their ground against cops with support from anti-sweep organizers. They want more time and better referrals. https://t.co/wa7LobXaW1 pic.twitter.com/JnNQgPce09

This is so cute, time to go lie down in the middle of the road: In the meet-cute of the century, a Seattle couple met during a live dating show. But rather than two contestants hitting it off like a dating show format would suggest, the host and a contestant got together. Now, they run their own dating show called the Queer Agenda. Read the cute feature from the Seattle Times and catch the show tomorrow night at Kremwerk.

Not the ferry! Okay, remember that ferry that crashed by the West Seattle dock? Apologies if that was your favorite ferry or something, because the Seattle Times reported that Ms. Cathlamet will be in the boat ER until at least the end of the year.

How the heck are you, House Our Neighbors? After the campaign’s second attempt to secure enough signatures to put a public development authority for social housing on the ballot, House Our Neighbors seems hopeful they’ll make the cut. Follow Real Changes’ Guy Oron to keep up with the signature count.

According to this first tally, @kcelections accepted 64% of the nearly 9,500 additional signatures @houseRneighbors submitted, above the 53% they need to qualify for the February 2023 election. Let's see if this trend continues through the rest of the week. https://t.co/j8EKluVhfT

THEY TOOK THE DOG: Steal a car? Okay, rude. Steal a car with a one-year-old puppy inside? GIVE IT BACK NOW! According to KIRO 7, a car theft this weekend in Everett wound up separating Pumpkin, a Rhodesian Ridgeback mix, from her family. If you see the dog, KIRO 7 said to call Snohomish County Sheriff’s Office at 425-388-5250 and reference case 22-117482.

Gun control: A few rankings seem to agree that Washington State comes in at about 10th for the strictest gun control laws. From my experience, it seems a little hard! I drove my friend to a gun shop once, and when he pulled out a West Virginia ID card, the dude behind the counter all but laughed in his face. “That’s not gonna work here,” I remember him saying. My friend had already paid for the gun online with some gift card (shady), so the rejection hit especially hard. I bought him a consolation Blizzard from Dairy Queen. But anyway, if you want a deeper analysis than my small anecdote, Crosscut compared Washington laws with other gun control measures around the country.

Fuck your abortion laws, Idaho: Idaho is not a good state to have a womb in. While a very unfortunate trigger law will go into effect today, making it a felony to perform an abortion, a surprising ruling just made things slightly better for providers. In contrast to a decision on a Texas law, a U.S. District Judge ruled yesterday that Idaho cannot prosecute anyone providing abortion care in a medical emergency.

Catching up with Orange-Man-Bad: So, at the center of a huge scandal, with constant media attention, what’s Donnie J been up to? According to Politico, he's been playing golf! I wish I had this man’s inner peace. Some Twitterhead will tweet a misinterpretation of something I wrote, and I won’t be able to hold down a meal. Imagine being so fucking chill.

Mom on mom crime: Winning for Women Action Fund, a Republican group, just dropped six figures on an ad painting normie progressive Sen. Patty Murray as Antifa. The group also bought a website called https://wokepattymurray.com, which puts Murray’s face over a picture of some guy jumping on a police car at what appears to be a Black Lives Matter protest. This is all very typical for Republicans, but with Murray’s wide appeal, her opponent, Tiffany Smiley will have to do better than that to win in November.

The cop did not serve, nor did he protect: The Uvalde School Board fired the district’s police chief after massive public outcry to remove him for his failures during one of the deadliest classroom shootings in U.S. history.

ICYMI, Space makes sounds: I’ll be a little vulnerable. I didn’t think there was sound in space. Can’t blame myself. I’ve never been. But anyway, a lot of people think that space is silent and recently, NASA set the record straight, releasing a very creepy recording of what a black hole sounds like. 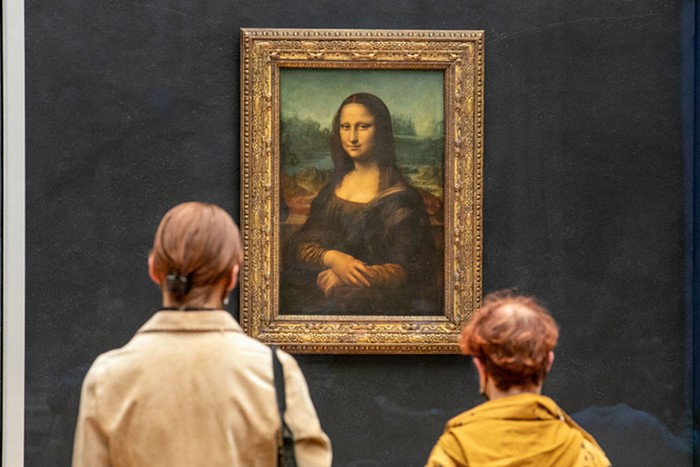